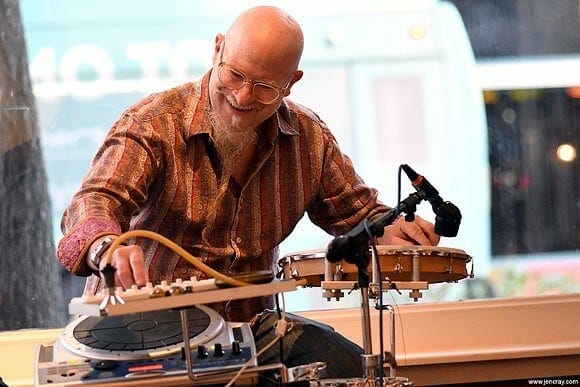 Klimchak is known for his use of electronics and hand-built instruments, particularly the unique and versatile Marimba Lumina, on which one person can replicate the sounds of four musicians. In 2011, he was given an Idea Capital grant for a series of compositions that used homemade percussion instruments with lights incorporated into them. In 2015, he debuted his CooksNotes solo show, where he makes music on kitchen implements while cooking dinner for the audience.

ArtsATL talked with Klimchak about the new album, its relevance in the age of social distancing and his compositional process.

ArtsATL: Your work seems to strike a balance between intricate, polyrhythmic percussion and more abstract ambient sounds. Take us into your process and how it was affected by collaborating with Frank Schultz. 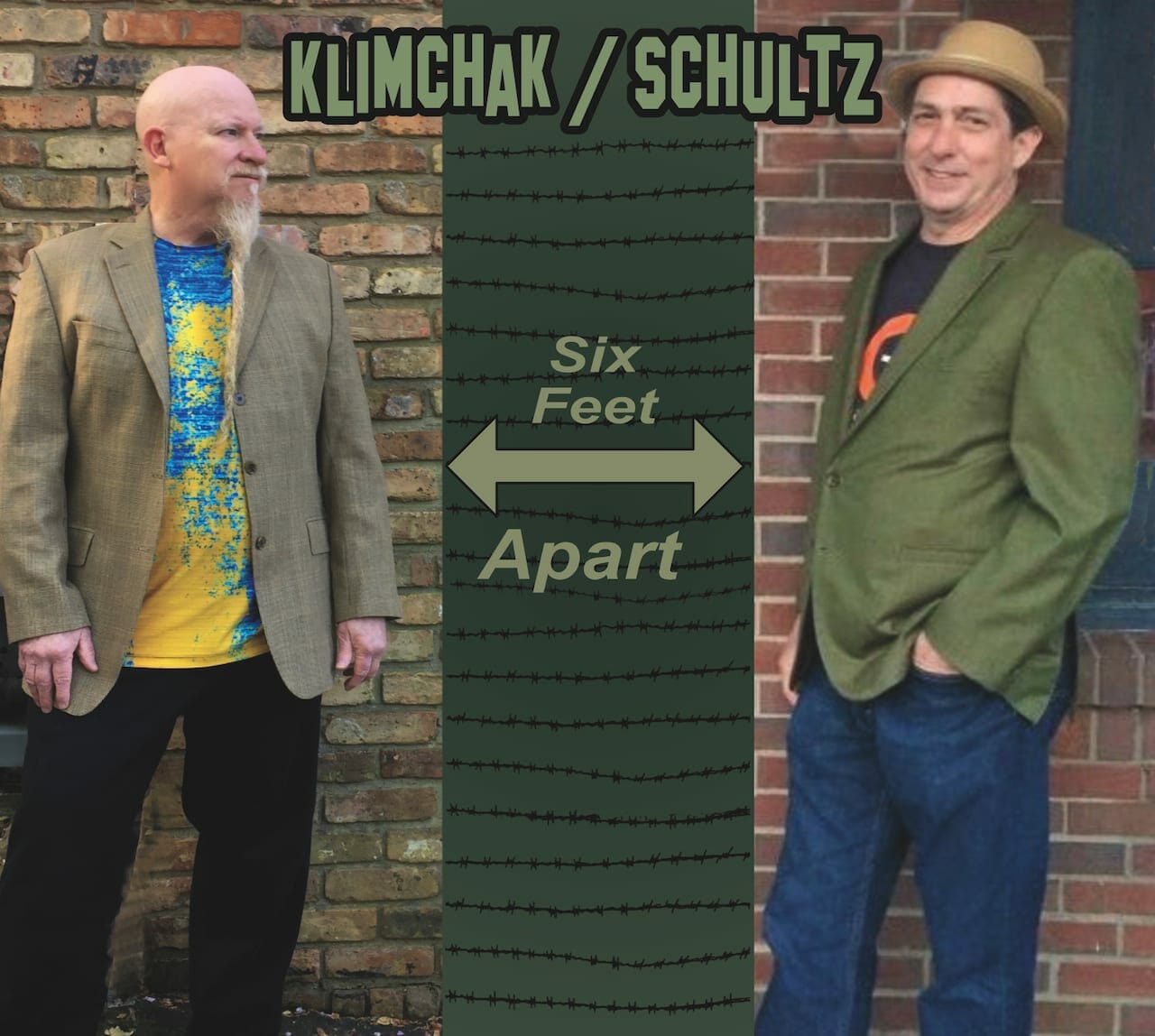 Klimchak: One of my greatest strengths as a composer, and a collaborator, is that I am not wedded to a particular style of music. Because of my background in theater, dance and film, I am comfortable with composing for the needs of the piece, whether it’s based in performative jazz, computer-driven experimental electronic, or 21st–century percussion music. Also because I play a very wide range of instruments (I stopped counting at 1,000), there are a large number of resources that I bring to a collaboration like this, ranging from Tuvan throat singing, theremin, home-built instruments and a wide variety of percussion and woodwind instruments.

So in the fall of 2019 when Frank sent me this set of three improvisations using lap steel, played with chopsticks and treated with various effects, my first task was to pick a style and instruments to use for my part of the process. Since his parts were complex multitimbral drones with a varying pulse, I decided to focus on percussion because it seemed to be the type of sound that best supported his tracks without getting in the way.

ArtsATL: How did the recording process take place?

Klimchak: I picked out 50 or so instruments that I thought might work and began improvising along with his tracks. After winnowing down each track to three or four instruments that I liked, I composed and recorded specific parts for each track. Some parts were straight instruments with minimal processing. Others, such as the kalimba in “Off the Clock” or the cowbells in “Limping Into Destiny,” were heavily processed. All of these choices were made with an attempt to create parts that both enhanced Frank’s brilliant original tracks and pushed them into new territory.

I mixed my parts into a single stereo mix, and sent them to Frank. Frank mixed and further processed all the parts and mastered the final product. Frank and I had been talking about doing some collaborative work for several years. I’m thrilled that we finally had a chance to work on Six Feet Apart together, albeit from a distance.

ArtsATL: The title suggests that the project arose in relation to the Covid-19 pandemic. Was it just a reference to not being able to work in person or was there deeper significance?

It didn’t strike me until recently that it was a very odd approach. We are two live improvisers, living in the same city, yet chose to do a remote collaboration. It’s almost as if we anticipated the current situation, in which remote collaboration is the only available avenue for musicians to work together. So consider it recordings for social distancing, the preview edition. 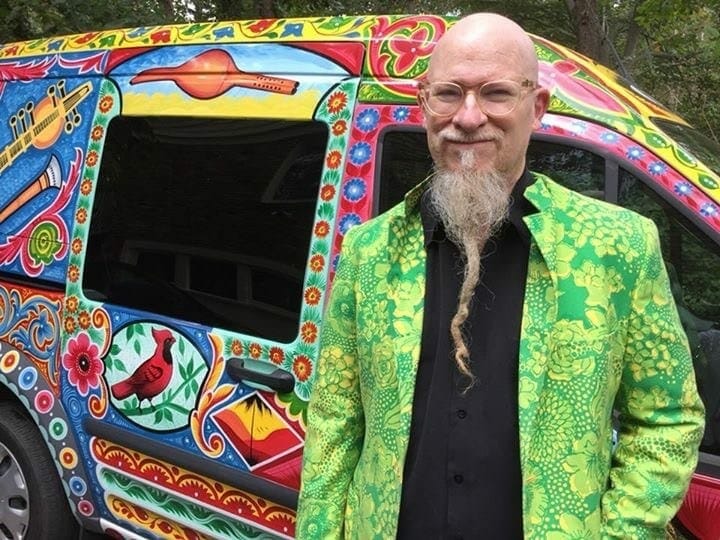 Because of the pandemic, Klimchak had to cancel a West Coast tour, where he’d hoped to road-test new material.

ArtsATL: You are a prominent part of the New Music scene in Atlanta. Could you introduce us to the concept of New Music in general and also how your music factors into it?

Klimchak: This question is difficult, because New Music is a fairly meaningless term at this point. It’s sort of like the modern classical equivalent to alt-music or indie rock. They are all terms that were invented in a particular time to try to encompass musical forms that fell outside the existing terms. Then they were overused to the point that they became meaningless. The phrase Bruce Hampton used to use, ”alternative to what?” comes to mind.

New Music originally referred to modern classical music being made in current times, as opposed to the canon of classical music that everyone thinks of when they say classical music. I prefer the term “music from living composers,” because it more accurately reflects modern music and its evolution. The Atlanta New Music scene is filled with a wide-ranging variety of living composers and performers. I am proud to be a part of it. But as for New Music itself, at this point saying something is “New Music” is like Potter Stewart’s definition of pornography, “I know it when I see it.”

ArtsATL: Where do you see your music developing and projects going in the future?

Honestly, with the place the world is in right now, I can’t even begin to make a prediction. I had a five-week West Coast tour booked in April/May. The goal was to do a bunch of live performances to get a couple of pieces to settle in and record them this summer. Now that touring and live playing have cratered, I’m not sure what I want to do. I have about two years’ worth of unrecorded work, so I’ll probably work on recording my back catalog, but after that, who knows?