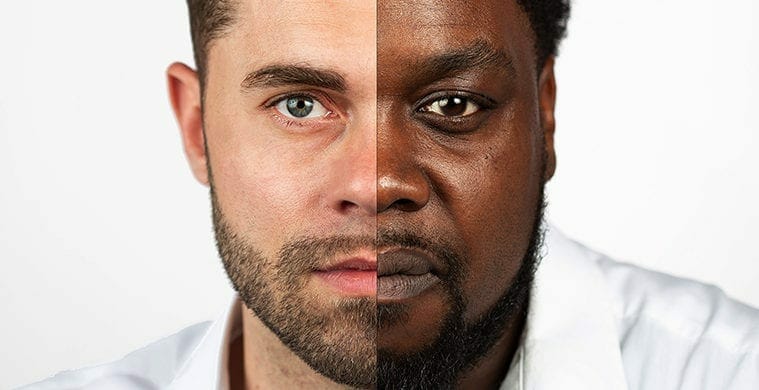 Q&A: Kimberly Monks wants to haunt audiences with her “Hands of Color”

Why are people racist? That’s the question Kimberly Monks set out to answer when she started writing Hands of Color, running June 7–30 at Synchronicity Theatre. The search for the answer led her to YouTube and videos that describe racism as a mental illness. Still, she thought it more complicated than that. She made Hands of Color a social experiment in which a white man is forced to walk in a black man’s shoes. 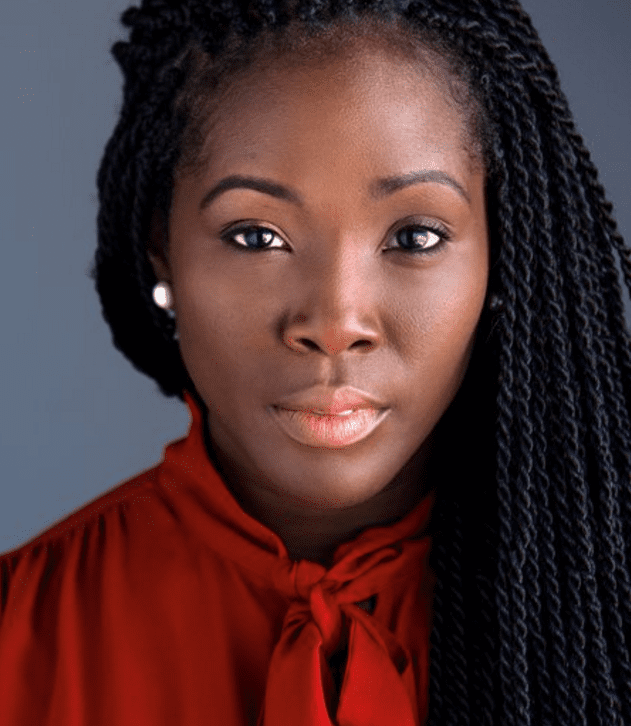 Monks, a graduate of Vanguard University in California, has accrued acting credits in Minneapolis and Canada, but Hands of Color is her first writing credit. She workshopped the play with Synchronicity in 2018 and, over the course of the rehearsal process, changed characters, plot points and tone but not the original conceit.

Monks calls her piece “Freaky Friday meets A Christmas Carol.” In it, a man named Thomas (Justin Walker) makes a racially charged decision that costs a black man named Robert (Enoch King) his life. Thomas then finds himself in Robert’s shoes — literally. Only Robert’s young daughter recognizes him for who he is.

The drama is incredibly timely given the prevalence of news about police killing black men and black people having the police called on them. Monks agreed to answer a few questions about writing this kind of play and bringing it to life.

ARTS ATL: What is your play about?

Kimberly Monks: It is not about racism as much as it is about the conditions of racism and how one man who was raised a certain way, taught certain things, makes a decision that alters the rest of his life. You have two stories taking place: one of a man who is forced to walk in the shoes of someone who is African American, and we also learn that Robert, the African American man, was trying to compromise his blackness, compromise who he is as a means of survival. 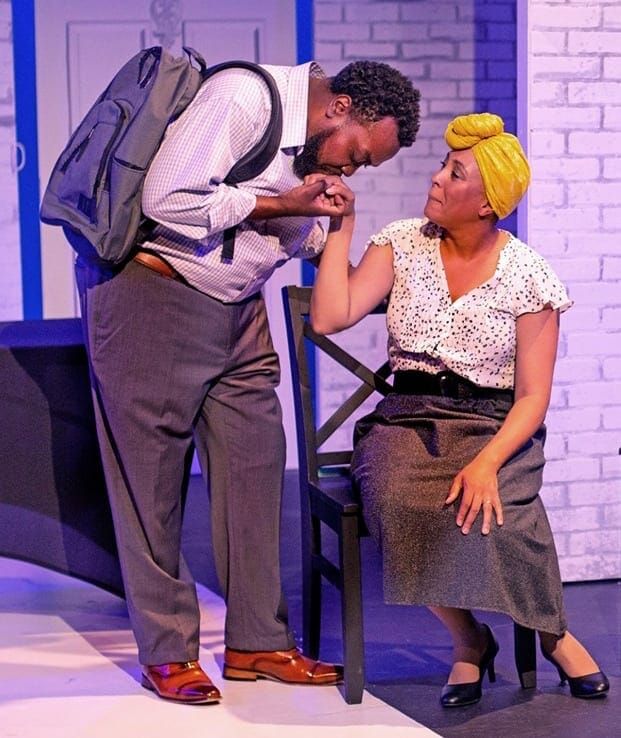 Enoch King and Wendy Fox Williams in Hands of Color, at Synchronicity Theatre through June 30. (Photo by Jerry Siegel)

ARTS ATL: Where did the idea for this play come from?

Monks: The concept was inspired by a picture that my professor at UC San Diego, Deborah Stein, showed me. We were doing activities to get through our writers block, and one of those was to look at images and, from them, come up with a play title. She showed us a picture of a set of distorted, colorful hands. That’s where the title came from. I didn’t really fully flesh out the concept until days later. I couldn’t sleep at night. I was haunted by this idea of literally walking in another person’s shoes. Because we say it all the time: “You couldn’t walk a day in my shoes.” And my whole thing was, “What if someone could?” I know in the black community, we really like to hold on to our pain. It’s ours, no one else understands it, no one else gets it. We like to hold it dearly and nearly to us, and we kind of carry it with pride. And I wanted to challenge that. I really wanted someone white to walk in the shoes of someone African American. Because nothing else seems to work — we go through these inclusion trainings, social media has made it a big thing, [and] you can have access to books and history, but that’s not working.

ARTS ATL: What makes this an ideal show for Synchronicity Theatre?

Monks: Synchronicity encourages bold voices and just raw, honest truth. And it lines up with my mission, as a writer — to be able to say whatever the heck I want to say, how I want to say it, no matter who it makes uncomfortable, because that’s the point of theater. If it doesn’t make you uncomfortable, if it doesn’t piss you off, if it doesn’t stir something in your soul, then it’s merely entertainment. And my work is not that. This play is raw. This play is going to piss a lot of people off, get a lot of conversations started, break a lot of hearts, and that’s the point.

ARTS ATL: Is there a character in whom you most see yourself?

Monks: I see myself in Thomas and Stephanie. I am Stephanie. She says it how it is. Her black-girl magic radiates through her, her ability to love. And Thomas, just in the way that life happens to him, and it created a perspective that he thought was right and justified because it’s all he knows. To see everything he thought he knew start to unravel, and what that does to him — I’ve been there.

ARTS ATL: Is there a character most like people you’ve encountered in your life?

ARTS ATL: What do you want the audience to leave thinking and feeling?

Monks: Damn, is that me? That’s what I hope the thought is. Have I done that? Have I said that? Have I thought that? I want those self-aware questions to start happening. I want people to start doing some real heart-digging. I want people to see themselves in these characters and ask, “How am I complicit in hate?” More than discussions happening, I want this play to haunt people. Like Robert haunts Thomas. I want Robert to haunt every single person who sees this show. I want Thomas to haunt folks.