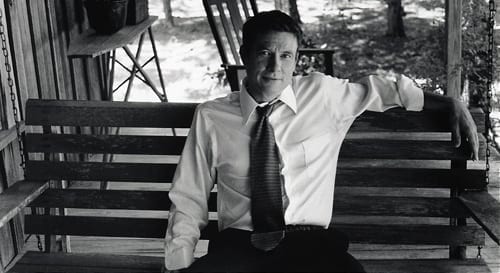 Jonathan Odell’s new novel Miss Hazel and the Rosa Parks League is a timely and transporting tale of racial tension and friendship in pre-civil-rights-era Mississippi, an era brimming with problems that resonate with our own.

Set in the 1950s, on the cusp of the civil rights era, Miss Hazel follows Hazel and her black maid Vida, two women at odds, and both coming to grips with losing beloved sons. Hazel and Vida relate to each other in the time-honored tradition of white women and black domestics: Vida does all the work and Hazel watches.

Yet change is brewing. In Alabama, Parks has just refused to move from her seat on the bus. In the kitchens of Delphi, Mississippi, a few black maids have heard Parks’ story and wonder if the time has come for them to refuse to follow orders, too. As the maids, led by Vida, contemplate ways to make changes for black people, Hazel begins to remember her former self, the woman who, unwilling to accept a hardscrabble existence, left the Alabama hills for a better life. Each woman embraces the strength to fight for change, discovering similarities in the other as they do.

Miss Hazel is unusual in that it is a revised version of Odell’s first novel, The View from Delphi. He streamlined the narrative to focus on the relationship between Hazel and Vida, characters inspired by Odell’s mother and the black maid who worked for her.

Odell will speak at 7:15 p.m. on February 3 at the Decatur Library.

ArtsATL: Why did you decide to revise The View from Delphi into Miss Hazel and the Rosa Parks League? What was it about the first novel that kept drawing you?

Jonathan Odell: I fell in love with the characters. This is a special story to me. There is nothing more personal that I’ve ever written. I started writing Delphi when my parents and I weren’t talking to each other. I learned about them and myself as I wrote. I realized as I was writing that I didn’t know very much about my childhood. I sort of grew up to get out. Some ancient author said that you write your first book in order to save your soul and you write your second because you’ve been saved.

When I published Delphi in 2004, I sold the book to a reputable publisher, MacAdam/Cage, who did the best they could with it, but shortly after my book came out, they published A Time’s Traveler’s Wife. They had never had a huge hit before, and it overwhelmed them.

Delphi was well received and book clubs kept it alive for a while, but it never got a good shot. My agent for my second book, The Healing, took a look at Delphi. She wanted to make it available to a larger audience. We made some editorial changes but kept the heart of the novel.

Another reason for the rewrite is because of where the market is, where readers are. The first book came out in 2004 and a lot has happened on the racial front. A lot of things we hoped had changed have not changed. I hope this novel will engage readers to take another look. At the beginning of 2015, we are starting to fight some of the same battles that we fought in 1950 when the book is set: the role of African Americans in society, police brutality in the African American community. The argument about [the film] Selma raises questions about whether blacks have the right to tell their own story, or whether the black story is always filtered through a white one.

ArtsATL: In The Healing, about a spunky African American midwife on a pre–Civil War plantation, and Miss Hazel, the main characters are strong black women who, in varying ways, agitate for change. Why so?

Odell: When I started my research, I thought that the leaders of the civil rights movement were men. I quickly realized that this was a lie. The leaders of the civil rights movement as well as on the plantation were the black women, especially in Mississippi, but their stories don’t get told. Rosa Parks is a perfect example. I discovered that she wasn’t the person I had learned about in the history books. She wasn’t an old, tired, humble, long-suffering black person, the person who was easy for white people to swallow. She was an activist. She was fiery. She had been risking her life and doing things she wasn’t supposed to be doing for 20 years before she refused to move on that bus.

ArtsATL: Your stories investigate race relations in America. Why are you passionate about this topic, and why do you continue to explore it in your fiction? 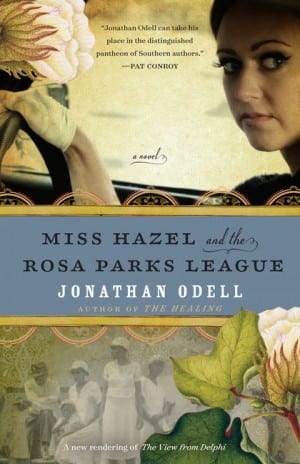 Odell: This is a door for me to understand myself. I was in my mid-30s when I realized that the white story in the South is a total lie. It’s a fabrication by history that was told to me by my parents, my church, my school. My world was explained to me through the focus of white superiority.

I discovered this in 1988 when I was watching a retrospective for the 20th anniversary of Dr. King’s assassination. The show included old footage of Dr. King’s marches through Mississippi. I was about to go to sleep because I’d seen it all before, but for the first time I saw the white people on the side of the road, throwing rocks and waving the flag. And it hit me: oh my God. This isn’t black history, this is my history. This is me. Those people on the road and the side of the road are all my people and I don’t know a thing about any of them.

That was when I decided that I wanted to know the other side of my story, which is the black story. Blacks in Mississippi created who I am, but they did it silently because they weren’t allowed to have a voice. They created my culture, my food, they created and designed a lot of the buildings without attribution. I had to find out about it.

ArtsATL: When Hazel and Vida are first thrown together, the possibility for any friendship seems remote. Yet they come together. How could their story be a blueprint for improving race relations?

Odell: I’m not sure Hazel and Vida did become friends. The scene in the kitchen when Vida finally blows up at Hazel and says “I’m not your friend, I clean your house.” She’s saying that the difference between black people and white people is that Hazel can choose Vida as a friend but that it doesn’t go the other way.

What white people need to know is that they can’t just step into friendship with an African American. You don’t know them yet. You don’t know their world. You’ve been lied to all your life. Just like when Levi nods his head when Miss Hertha calls him a “the n-word,” black people were taught and still are taught to some extent to only reflect what white people believe about them.

First, whites and blacks have to start out being allies. And that’s what I wanted to know: what would it take for a black woman and a white woman, infused with racism and the relationship already doomed from the start, to form an alliance?