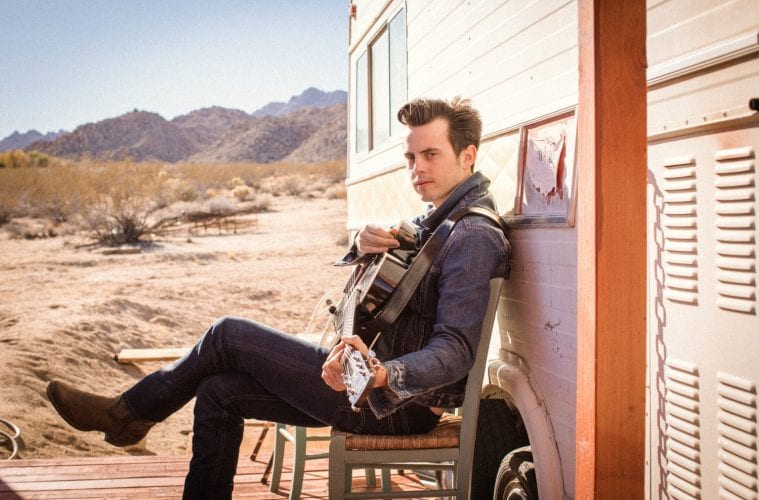 Q&A: John Gladwin of The Last Tycoon on how “Oppenheimer Blues” emerged from the New Mexico desert

What do you do if the television pilot you’re working on about astronauts crashlanding on Mars fails to get picked up?

Write an album of songs about heartbreak, the New Mexico desert and J. Robert Oppenheimer, of course.

That answer may seem a little strange to most of us, but it’s perfectly natural to Atlanta-based musician John Gladwin, who also works in Atlanta’s burgeoning film and television industry. For months, Gladwin labored behind the scenes on a television pilot filming in the New Mexico desert. The show didn’t get picked up as a series, but his time out there — experiencing the landscapes, meeting the people and visiting some of the sites associated with the creation of the atom bomb — proved to be incredibly fertile ground for writing new songs.

Gladwin’s band The Last Tycoon has just released Oppenheimer Blues, a new album that has its origins in the New Mexico desert. ArtsATL caught up with Gladwin in advance of the band’s hometown album release concert at Eddie’s Attic on November 3.

ArtsATL: Can you tell me more about the film gig that led to the songs on the album?

John Gladwin: I live in Atlanta, but like a lot of creative Atlanta people, I’ve gotten into the film world. I was working [behind the scenes] on a pilot out in New Mexico. When you’re doing one of these gigs, you just kind of end up living out of a hotel. I started meeting some of the strange characters that live out in the desert, learning about the place. That started fueling writing songs about it. I worked on the film set during the day and would write a lot of the record at night.

ArtsATL: You also visited a lot of the sites associated with the creation of the bomb. What’s out there? What did you see?

Gladwin: One of the coolest ones is the Trinity Site, which is south of Albuquerque. It’s where they did the first nuclear test explosion. It’s out on a military base. You can visit it twice a year when they open it up. There are these houses they built for the test, and you can see some of the remnants of that. It’s on the fringe of this beautiful desert. We ended up filming one of the videos for one of the songs, “Midnight Taxi,” out on these sand dunes that butt up against the missile range out on the desert.

ArtsATL: The sites you visited are isolated, but they’re some of the most significant places in the history of the world. Can you talk about your thoughts on seeing them and how that influenced the album? 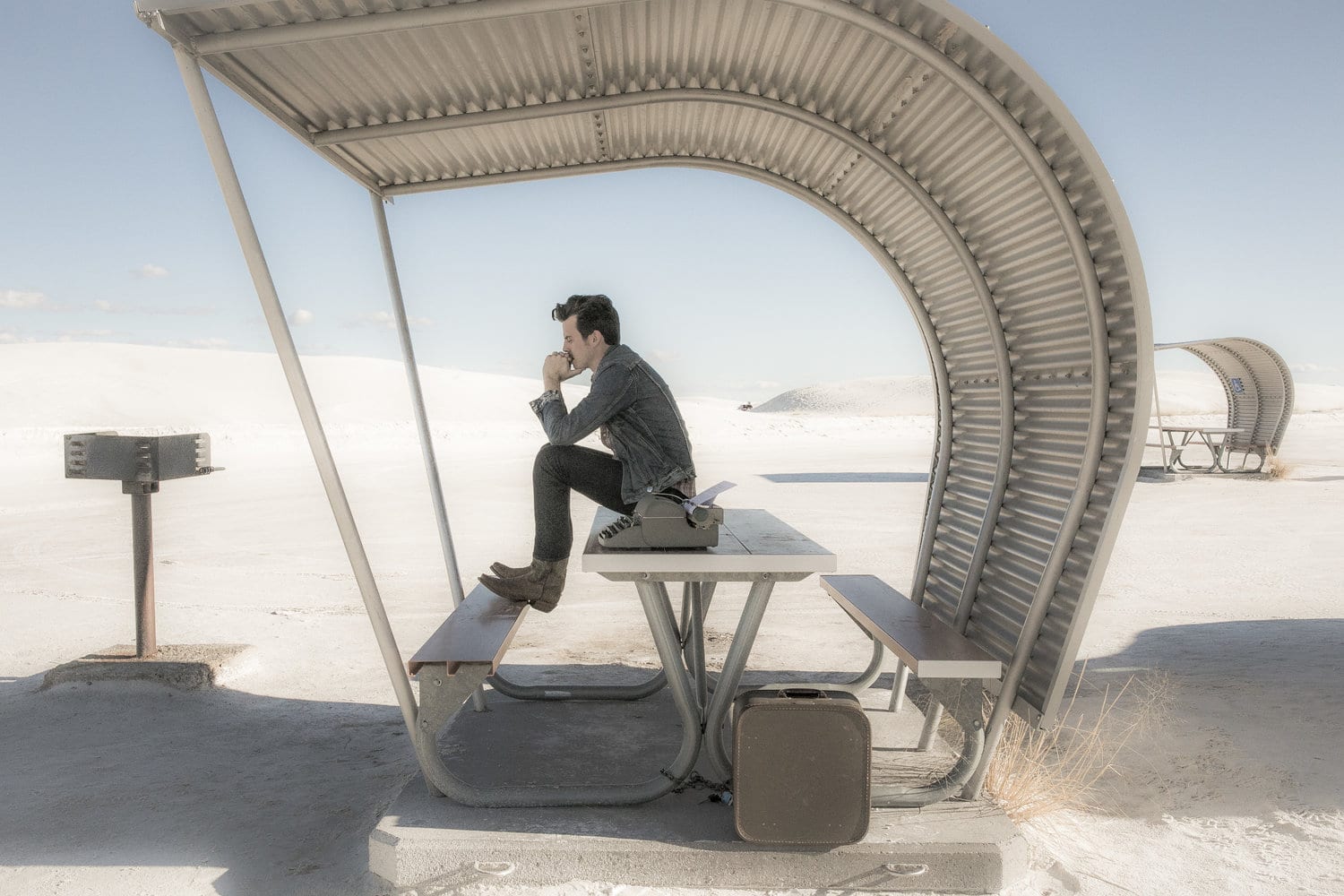 “We’re all living in the world that Oppenheimer created,” says Gladwin. “We all kind of carry that blues with us in our way.”

Gladwin: What’s interesting to me is I knew about it in terms of big, world-changing, political ideas. When I was there, there were folks there who had worked on the Manhattan Project, who were cooks and truck drivers, just regular laborers who are not part of the history books, elderly people who are northern New Mexican or Native Americans. They did not always think of this site or that era in big terms. They talked about their kids being born or a very snowy winter, how they would boil water to make it potable — the nitty-gritty stuff that everyone deals with. One of the things I tried to do with the record is to connect the big idea stuff with the personal everyday thing. It was a human connection to all these things that seemed almost theoretical to me, something from a book. That just gob-smacked me. I thought it was worth trying to write about. . . . We’re all living in the world that Oppenheimer created. We all kind of carry that blues with us in our way.

ArtsATL: Is it hard switching back and forth between working in film and music?

Gladwin: It’s kind of like finding the right part for a car. If it doesn’t fit, you just throw it out and see if another part will fit. Something can live as a song or a script. If it’s not working as one, it doesn’t mean your idea is bad. It just means it hasn’t found its right home. We’re on tour right now. We’ll be back in Atlanta soon, and I’ll start working on pre-production for another short film. It doesn’t bother me to jump from one to the other. Sometimes scheduling is a little tricky. When the pilot didn’t get picked up, it was a great lesson in creative pursuits. A lot of people worked for months, in some cases, years, on this thing. The network put a lot of money into it. At the end of it, they had an hour-long TV show that screened in a boardroom one time and then never was shown again. You have no idea why. It just went up in the air like smoke. It taught me that if an idea doesn’t work, sometimes it just doesn’t work. You have to let it go. In all facets of life — creativity, show business — that’s the deal.

ArtsATL: It’s been years since I’ve read F. Scott Fitzgerald’s The Last Tycoon, but if I remember correctly, the last tycoon is a film tycoon. Is that right? Is that why you picked the name?

Gladwin: It was happenstance. It was an unfinished work by F. Scott Fitzgerald. I loved the title. It connected with me. The book starts out on a train in Nashville, and the main character is talking to a Scandinavian princess. I was living in Scandinavia at the time, and I had lived in Nashville. I felt an immediate connect there. It always stuck in my brain. I had the name before I even got into film. The film thing happened, and it never dawned on me for a while that it was just another layer of parallel that’s emerged from it. It was just one of those things. There’s something about that work as an unfinished written piece that I think holds up.