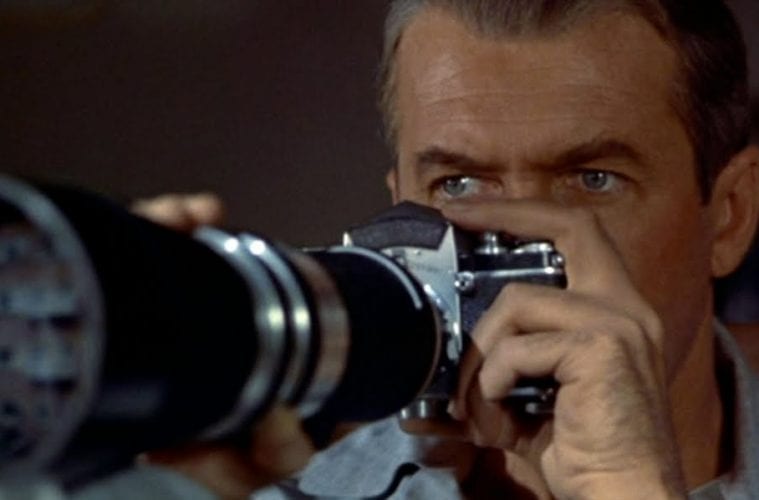 There’s probably no bigger film legend than Alfred Hitchcock. This fall, Emory Cinematheque brings to the silver screen many of the masterworks from the director’s nail-biting, spine-shivering ouvre. The series “Hitchcock/Hitchcockian” runs through November 28, screening films on Wednesdays at 7:30 p.m. in White Hall 208 on the Emory campus.

ArtsATL sat down with Michele Schreiber, curator of the series and professor of cinema and media studies, to discuss Hitchcock’s legacy and what we can still learn from his films all these years later, no matter how many times you’ve seen them.

ArtsATL: Why is Hitchcock the “Master of Suspense”?

Michele Schreiber: The thriller/suspense genre became Hitchcock’s stock-in-trade beginning with The Lodger in 1927, and throughout his career he became increasingly invested in attempting to control the audience’s emotions, or “play them like an organ,” as he once said. Hitchcock is careful and deliberate in how he delivers information in his films, sometimes aligning the audience with the protagonist and what they know, and sometimes putting the audience one step ahead of the characters. There really is no other director in film history who has an equivalent body of suspense-filled work. ArtsATL: Can you describe Hitchcock’s style and formal technique? Do you see his stylistic footprint in contemporary film?

Schreiber: The skillful use of point-of-view editing, the mobile camera, the use of sound and music to emphasize emotional intensity but also the absence of sound and music to heighten a scene’s effects — all these stylistic elements recur in Hitchcock’s films and are also used widely in contemporary films. Hitchcock’s trace is felt even more profoundly in his thematic tropes. The “wrong man” theme, the danger lurking beneath the surface of seemingly “normal” places, the doubling and duality of characters and the representation of nonnormative individuals and relationships had a significant influence on contemporary film and television. In fact, many of the most popular and critically acclaimed television shows of the past 20 years have relied on these tropes, including Breaking Bad, The Sopranos and Mad Men (not to mention, Bates Motel).

ArtsATL: What are some of the great acting performances featured in the films in this series?

Schreiber: Jimmy Stewart gives stellar performances in both Rear Window and Vertigo. Stewart forged a strong relationship with Hitchcock and sought roles in the director’s films because they allowed him to play characters with whom you can identify, but who also deviate from the simple, folksy charm that is associated with his star persona. His performance in Vertigo is stunning. He is charming, vulnerable and loathsome — all at the same time.

ArtsATL: In what ways can you see Hitchcock evolve over his career and, consequently, over the course of this film series?

Schreiber: As the series moves from this early period of his work in the British film industry to his early American films — Rebecca and Shadow of a Doubt — you see Hitchcock become increasingly confident in his storytelling abilities and also develop a unique insider-outsider perspective on the US and the underbelly of its seemingly idyllic way of life. This exploration reaches its peak with his films of the 1950s — Strangers on a Train, Rear Window, Vertigo and North by Northwest. This is also the period in which the director becomes a full-blown “brand,” developing the anthology television show Alfred Hitchcock Presents. The Cinematheque series ends with The Birds, which, in my opinion, marks the end of Hitchcock’s peak artistic period. After that film, he moves into a creative slump from which he never quite recovers.

ArtsATL: What’s your favorite film in the series?

Schreiber: I like all of the films in the series but am partial to “the big four” — Rear Window, Vertigo, North by Northwest and Psycho. These represent Hitchcock at the height of his artistry. When you watch Hitchcock’s best films, it’s clear they’re operating on multiple levels at once. You can watch them from many different vantage points and have a different experience each time. Even if you know the “twist” of a particular film, it doesn’t dilute its power on a second or third viewing. You just might pay attention to another, equally compelling component of the movie or notice details that you didn’t see the first time around. Vertigo is my personal favorite. Not only is it a visually stunning film with one of the most beautiful scores ever written (by Bernard Herrmann), but it is a mesmerizing attempt to represent the complexity of human desire.