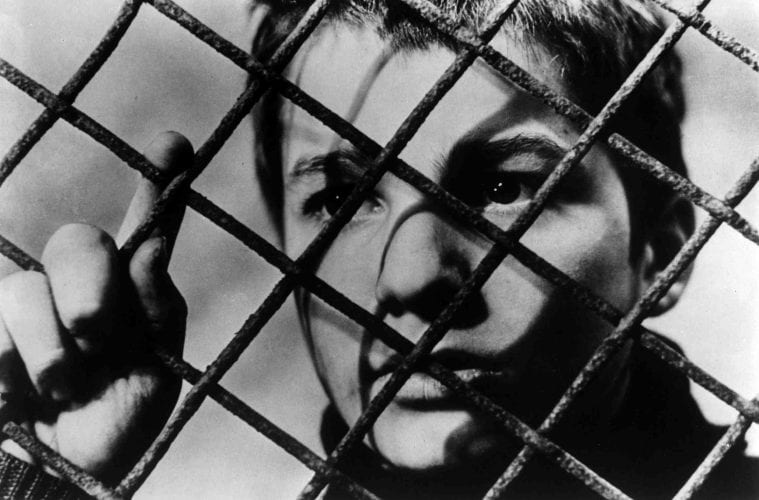 Francois Truffaut’s The 400 Blows is featured in Emory Cinematheque.

French cinema aficionados and anyone who has an interest in that groundbreaking film movement of the late 1950s known as the “Nouvelle Vague” are in for a rare treat. Emory Cinematheque, a collaboration between Emory University and the college’s Department of Film and Media Studies, is presenting a 15-film series of New Wave cinema classics.

It launches Wednesday with Jean-Pierre Melville’s Bob le Flambeur (1956) and continues through the spring with Jean-Luc Godard’s Film Socialisme (2010) as the final selection on April 20. All of the screenings for the French New Wave series will take place in White Hall, room 208, on the Emory University campus. The series is free and open to the public.

Curated by James Steffen — film and media studies librarian at Emory’s Woodruff Library — the series is an inspired mix of such early landmark works as Francois Truffaut’s The 400 Blows (1959) and Godard’s Breathless (1960), as well as some highly influential but lesser-known titles such as Alain Resnais’ Je t’aime, Je t’aime (1968) and Jacques Rivette’s Le Pont du Nord (1981).

Of particular interest is the Atlanta theatrical premiere of Rivette’s Out 1: Noli Me Tangere (1971), a rarely seen but legendary eight-part epic with a running time of close to 13 hours that Steffen calls “the holy grail of French cinema.” He recently sat down with ArtsATL to discuss this year’s Emory Cinematheque.

ArtsATL: Were there any particular reasons you wanted to focus on the French New Wave for a series?

James Steffen: I taught the course several years ago and I decided it was time to teach it again. One of my motivations for this was the fact that all of these interesting films have become available in the last several years in new restorations. And there are also films that have not been distributed before in the U.S., but were very important films by these various French directors.

Director Francois Truffaut was one of the originators of the French New Wave.

ArtsATL: Will you be showing 35mm or digital prints?

Steffen: It’s a combination of both. The majority of films are going to be in 35mm, but we’re showing the new restored DCPs [Digital Cinema Package] of The 400 Blows, Agnes Varda’s Cleo from 5 to 7 (1962) and Alain Resnais’s Hiroshima, Mon Amour.

ArtsATL: Was the French New Wave movement credited to a set group of specific filmmakers or was it more loosely defined?

Steffen: The conventional definition of the New Wave, according to [film historian] James Monaco, is limited to that group of Cahiers du Cinéma writers-turned-filmmakers — Francois Truffaut, Jean-Luc Godard, Jacques Rivette, Claude Chabrol and Eric Rohmer. I like the approach by Richard Neupert in his book A History of the French New Wave Cinema, which I am using as a core text for my class, because he does open it up a bit. He has chapters on [Roger] Vadim and [Louis] Malle, and he makes a point of emphasizing these precursors like Agnes Varda and Jean-Pierre Melville.

ArtsATL: Is there a distinct timeline for the New Wave movement?

Steffen: The French New Wave started in the late 1950s and ended no later than 1961 or 1962. But I thought it was important to show not only some of the core New Wave films from this early period but to open out beyond that.

ArtsATL: I like the fact that the schedule is offering more than one or two films by some directors like Godard.

Godard’s muse Anna Karina in Made in U.S.A.

Steffen: Godard is by far the most prolific of all of the New Wave filmmakers and he’s still active. For this series I wanted to span across his career so, of course, I start with Breathless because that’s such a seminal film. Then I wanted one of his films with Anna Karina — Made in U.S.A. (1966) — because it hasn’t been seen as much and it’s the last film he made with Karina before they ended their collaboration. It’s also a cracked version of a hard-boiled detective piece. I also chose it because it ties to some of the other films [Bob le flambeur, Shoot the Piano Player] we’re showing that play on the Série noir novels, the detective and crime novels that were so popular in France.

I’m also showing Weekend, which is right on the cusp on his more political period. Then I wanted at least one film from his recent years, and Film Socialism is interesting. It’s a really challenging film to be sure and sort of difficult to follow. Godard did that deliberately. With the English subtitles for the film, he wanted to reproduce the effect of some of these foreign workers who don’t fully understand the language so he has what he calls “Navajo subtitles,” which are fragmentary English translating what people say. He wanted to turn the whole concept of globalization on its head or I should say show it from a different perspective. ArtsATL: The Atlanta premiere of the uncut, restored Out 1: Noli Me Tangere is certainly a major coup for the series.

Steffen: For years, critics like Jonathan Rosenbaum have proclaimed it as one of the greatest masterpieces of the French New Wave, but the full-length version was completely inaccessible. Its U.S. premiere finally took place about 10 years ago at the Museum of the Moving Image in New York. People traveled from around the country to see it and it was completely sold out. The film is in eight parts so we’re showing four parts each day [the first half on Saturday, February 20, the second half on Sunday, February 21] with an early afternoon-dinner break between the four episodes. It runs 12 hours and 40 minutes total.

Out 1: Noli Me Tangere is a conspiracy narrative where two petty grifters played by Juliet Berto and Jean-Pierre Léaud discover a secret group of 13 people who want to control Paris behind the scenes. What’s interesting about the film is that you become more engrossed in it as it goes along. Rivette’s really fascinated with the process of narrative engagement and somehow he manages to suck you into these worlds that he creates. By the end of his films you’re just completely blown away.

ArtsATL: One thing I love, especially in the films Cleo from 5 to 7 and Les Cousins, is the vivid on-location shooting which captures the sights and sounds of Paris at that time.

Steffen: For me, that’s what’s so appealing about the French New Wave. The filmmakers really got out of the studio and started filming on the streets with the more lightweight equipment that was available, shooting off the cuff. It really enabled them to capture this texture of life during that period.

ArtsATL: Why watch these films on the big screen, rather than at home on the television?

Steffen: Even though a lot of these films are available on DVD or Blu-ray, these filmmakers encountered cinema on the big screen as a communal experience, as an aesthetic experience, watching it in a darkened room on 35mm projection. I think that’s something we really need to keep alive if we want to understand what these films were meant to be and where these filmmakers were coming from.