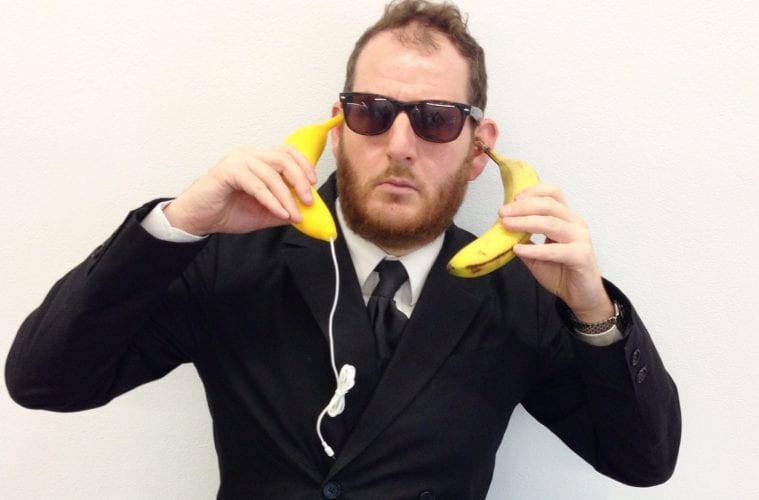 Q&A: New curator Daniel Fuller on his art history, goals for ACAC and the dilemma of accessibility 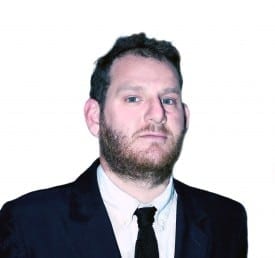 Daniel Fuller, the Atlanta Contemporary Art Center’s new curator, combines art world sophistication with down-to-earth accessibility. He arrives at ACAC after a having served as director of the Institute of Contemporary Art at Maine College of Art (MECA) for four years, preceded by curatorial positions at the Philadelphia Exhibitions Initiative, a program of the Pew Center for Arts & Heritage, and the Hudson Valley Center for Contemporary Art in Peekskill, New York.

ArtsATL sat down with Fuller, who took his position December 1, to hear his thoughts about Atlanta and his plans for ACAC.

ArtsATL: Curators often start out as artists. Was that true for you?

Daniel Fuller: I grew up in Syracuse, New York, where I went to community college. It’s kind of a joke, but I often say I went to college just to play lacrosse. [laughter] I always took studio art classes in high school and went to college specifically for painting. I transferred to Townson University in Baltimore to study arts education. The first thing I thought I wanted to do was be a high school art teacher, but that went away relatively quickly.

I ended up getting a BFA in painting. My favorite teacher was a well-known artist in Baltimore and exhibited at the best gallery there at the time, and she got me an internship at her gallery. Even as a college student, I started showing my paintings in galleries in town. People really seemed to be receiving my work well, but she was adamant and said, “You can’t live off your art. You’ve got to find something that can be your day job.” Then I was an intern at School 33, teaching kids about art on Saturdays. But I had never been to an art museum until I was 20 or 21. I started going to the Baltimore Art Museum on Wednesdays because it was free, and from then on, that’s where you’d find me on Wednesdays. I fell in love with it, head over heels. 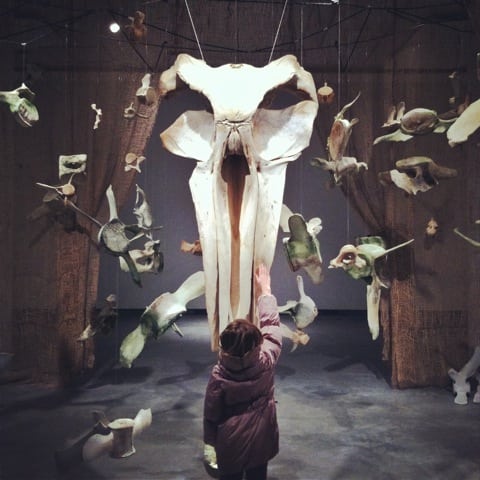 ArtsATL: How did you change paths from studio art to curating?

Fuller: I always maintain (jokingly) that I had one good idea as an artist, and when that ran its course, it was done. Even when I was making my own paintings, I always liked really good art so much more than my own, whether historical or contemporary. I wanted to think about and talk about that work so much more, and it just made sense to focus on other people’s work, promoting them and getting their stories out.

For grad school, I had initially decided I wanted to go to Goldsmith’s for their Contemporary Curatorial program. But I got hit by a car on my bicycle and I couldn’t walk for a while. I had moved home for recovery, and on the very first day I was finally able to leave the house, I went to the art gallery at Syracuse University. I ended up in conversation with someone in the gallery. He asked me if I ever thought about attending Syracuse for grad school, and of course I said no, that I was working really hard to get away from there. [laughter] He said, “Well, what if I give you a scholarship?” It turned out he was head of the Museum Studies Program.

It was such a good program for me. The Museum Studies Program runs the on-campus gallery. As a student, you’re assigned at various times to be either the curator, the registrar, designing the signage, etc. So you’re doing each and every aspect of museum work and learning best museum practices. It’s got a little bit of theory and a little bit of exhibition history, but predominantly it’s practical. 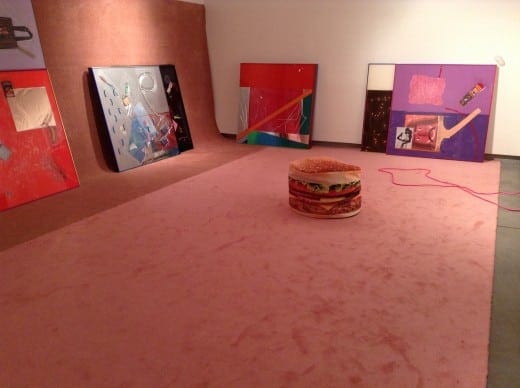 ArtsATL: So why the Atlanta Contemporary Art Center?

Fuller: Because the Contemporary is awesome! It’s such a weird building and such a weird place in so many ways. There’s so much opportunity to make this place really cool. I’m psyched about it. I know Rachel Reese [ACAC’s communications manager], and she let me know about the position, and within an hour, I had created my application. I was all about it right off the bat.

ArtsATL: What’s your experience of Atlanta’s art community so far?

Fuller: One of the nice things about being the new guy is that everyone wants to say hello. For the last seven nights in a row I’ve been at dinner parties. Some nights I’ve left here at 6 p.m., gone straight to a studio visit, then left the studio visit at 8 p.m. to be at a dinner party by 8:30. I think I’ve been here 40 days and I’ve done about 30 studio visits.

I keep telling my friends who live in other cities about Atlanta. In cities like New York or Philadelphia, you know what’s cool and it’s supereasy to find. Atlanta has all this cool stuff happening, but you have to dig a little deeper, and once you get into it, you realize there’s a lot of really cool stuff happening. You feel rewarded for digging and coming across something really spectacular.

ArtsATL: How do you plan on integrating the local scene with the national scene?

Fuller: My thinking is not dissimilar from how I thought about my job at the Maine College of Art. When I moved to Portland, I got asked a lot, “Are you going to show Maine artists?” And I said, “I’m going to show good artists, and if they happen to be from Maine or living in Maine, cool.”

My theory is, with Maine or with Atlanta, my job is to bring outside artists in and help inside artists get out. Let’s say we have a group show here, and if the show travels, then we’d include an Atlanta artist in the traveling section of it. I want to help artists get out by promoting their work to curators. Curators always talk. We always seem to find each other somehow. We’re always going to each other’s shows. My job is to be the biggest promoter of Atlanta artists outside of Atlanta, to send curators JPEGs every now and then, saying, “Hey, look, this person is amazing,” and when it works, to show Atlanta artists here, too. But primarily, I think there needs to be outside influence.

I didn’t come down with a pre-prescribed plan. I want to get here and do a bunch of studio visits, talk to [High Museum Modern and contemporary art curator] Michael Rooks, see what’s missing. The one thing I heard repeatedly since I’ve arrived is that nothing is missing, per se. There just needs to be more of everything. I think in a lot of ways, our job at ACAC is to increase the dialog. And not to just bring in an artist’s work, but to bring the artist here, as well. 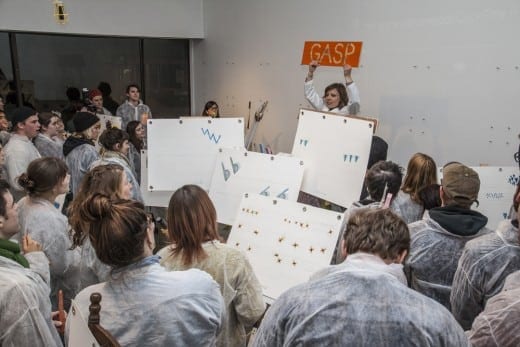 Ander Mikalson’s interactive performance, A Score for Two Dinosaurs, at Institute of Contemporary Art at MECA.

ArtsATL: Outside of the art community, most people don’t even know ACAC is here, and if they do visit, the shows aren’t always accessible to the average person. How do you maintain intellectual rigor without watering-down content?

Fuller: My first week here, I was straight-up depressed because no one ever visited the gallery. It’s something we all talk about — Julie [Delliquanti, executive director], Rachel and myself — how are we going to get more bodies in the door?

I think the biggest thing is just being open — open to artists, open to ideas and the wants of the community for that space. At the same time, it’s still an art center. Its primary function is to show really good and engaging artwork. It can be a popular destination, but if the art on the walls isn’t good, you’ve failed ethically. If we handpick a select number of really good artists to show each year, how do we convey that deep feeling and passion about those artists to the average museumgoer? 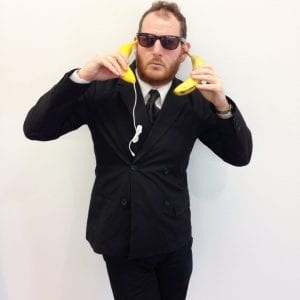 ArtsATL: Did you, for example, find Teen Paranormal Romance accessible? Even as someone who thinks a lot about art, I had a hard time deciphering its content. It struck me as too enclosed within its own artspeak vernacular.

Fuller: I think the work itself was really strong. I liked the curatorial premise. But I also think it was difficult for a lot of folks. Accessible? Probably not. If my parents came in and saw that show, they probably would have been like, “What the hell?” [laughter] You know, you don’t want to pander. You want to show the best work possible, but you want to make it accessible.

I’ve been talking with Julie about what Maria Lind did at the Kunstverein in Munich. Each day [the museum] would rotate who was sitting at the front desk. One day it would be Lind, the director, one day the curator, one day the registrar. People would come in and say, “Could you tell me something about the show?” and each time you came in, you got a different experience based on the intimate knowledge of the people who worked there. Everybody wants to feel like they’re getting the inside scoop on things, and that’s a really nice way. It puts a face on things.

ArtsATL: I like how you prioritize openness in your curatorial philosophy.

Fuller: I’m a curator because I’m a curious person. I [like] following artists, because artists have such unique interests.

Curators are typically really boring people [laughter], and the best part of being a curator is you get to be friends with artists. They’re amazing people to have conversations with because you find out what they’re studying and investigating.

ArtsATL: Can you speak to your particular interests in art? 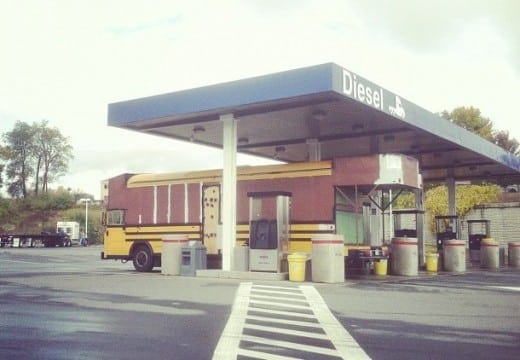 Fuller: I used to be more of a video guy. I really like video still, but that’s not the only thing I’m going to show or am interested in writing about. I like to change it up. I want to keep it open.

For example, I did this project in Maine called MotorPark with Lisi Raskin and Kimberly Kay. We bought a school bus. They drove it up to Maine along with some students. We gutted it. Winterized it. We raised the roof to 13 feet. It’s a mobile exhibition space and residency program and curatorial library . . . and it’s a bus. There was hardly anything in the gallery at the time because we had this bus and it was driving somewhere.

It was like, OK, we’re in Maine, we’re not going to have the exposure you’d have in New York. Artforum is probably not going to drive up here for a review. We don’t have a ton of money. But what we have is an amazing space, a superdedicated, superinterested community of people who love art that will challenge them. And we’ve got some money to commission a new work. What’s something that you’ve always wanted to do but couldn’t do in New York because of space limitations, because of the need to sell it? What could we provide you in Maine that you couldn’t do somewhere else?

To me, Atlanta is a nicer in-between because you’ve got a bigger community, more money, tons of space, and people want to work and show here. And you have a better shot of exposure. We’re basically just project managers for you to pull off something interesting.

We have the High Museum down the road. We’re not the High. We don’t want to be the High. That role is already taken. We can be experimental over here. We can do some weird stuff. As long as it’s still good, we can try things out.