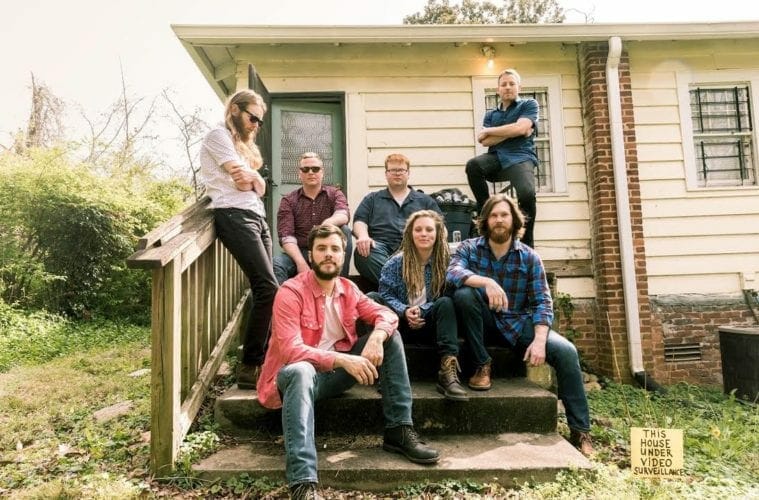 Brian Revels (on the front step) with his band, The Heat Lightning. His new album is "Jasper County Blues."

For 10 years, Brian Revels has sharpened his songwriting blade in Atlanta. He’s waited tables, hosted open mics, booked gigs for one of the city’s most treasured venues and done all he could in the pursuit of his greatest passion: telling stories with his guitar.

Revels moved to the city from his native Winder. He graduated from Atlanta Institute of Music in 2012, got a job as a waiter at Eddie’s Attic and met his former bandmates, from the folk/Americana trio City Mouse, at Tin Roof Cantina’s Acoustic Showdown. Out of the incubator of Atlanta’s open mics, City Mouse (and Revels’ songwriting) gained notoriety. The band released an EP, Joy of Life, in 2016 and took an Airstream camper across the American west on a national tour. 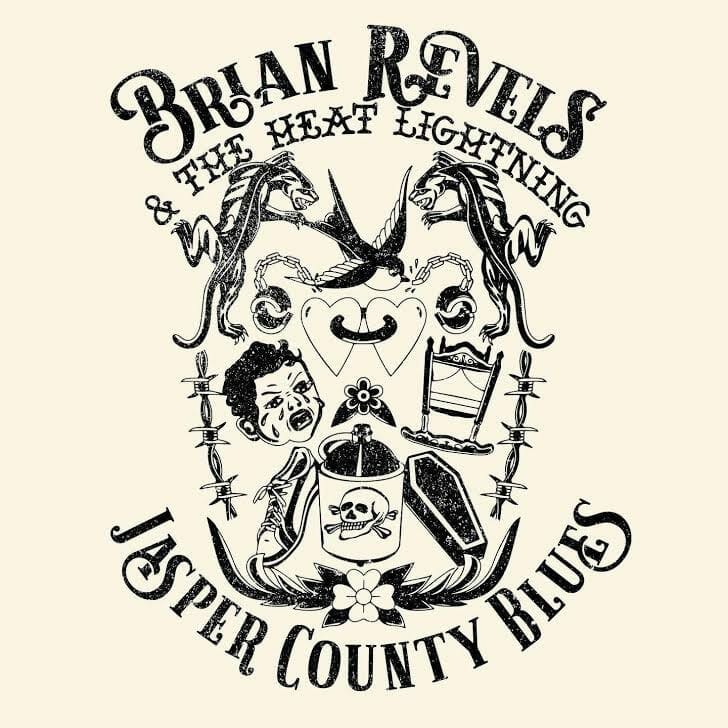 Since then, Revels recently graduated from The Creative Circus copywriting program and made his first full-length album, with the help of his new band, The Heat Lightning. Produced by Damon Moon of Standard Electric Recorders Co., Jasper County Blues is a rock ‘n’ roll album with a tinge of Americana. It hinges on a balance between Revels’ virtuous voice, equipped with all the introspection of a folk singer, and the world-melting blues-rock guitar of Molloy VanGorder.

It would seem that Revels’ hard work is paying off, but there is a fly in the ointment. On the same day his new album released, he was offered a job — in Alaska. Because he’s eager to break into the field in which he is newly certified, Revels has decided to take the job, start a new adventure and leave the place he’s cherished for over a decade.

“As much as I love music, I have to ask myself if I am comfortable with not having financial security,” he said. “With the way things are going, with the advent of Spotify and platforms like it, the monetizing structures for artists are crumbling. Anybody can jump in the game now but almost no one can make money.”

When Revels met with ArtsATL over Zoom to discuss his new album, he had just returned from a Black Lives Matter march. Because he was already reflecting on this “beautiful city,” the conversation steered toward what a decade of living, working and playing music in Atlanta has meant for him.

His album release show at Eddie’s Attic has been rescheduled for September 19.

ArtsATL: Talk to us a little about your first Atlanta band, City Mouse. What was being in that band like for you? What were some of your favorite moments?

Brian Revels: City Mouse made dreams come true that I never thought would happen. The national tour was one of them, even though that was more about our effort than success. But we got to play sold-out shows at places like Terminal West and Variety Playhouse. It was an unreal experience. I got to write one of my favorite songs with the Whiskey Gentry, and one of my most official moments as a musician was getting a check from PBS because they played my song on one of their programs.

ArtsATL: You’ve worked at Eddie’s Attic since 2012. What has it been like to be a part of one of Atlanta’s most treasured venues? 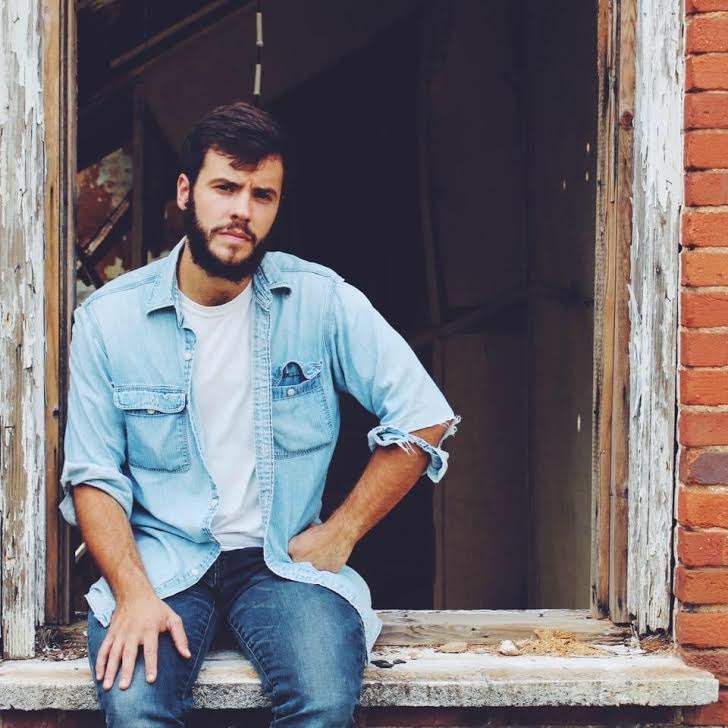 Revels is moving to Alaska, but will return to Atlanta in September for a belated album release party at Eddie’s Attic.

Revels: I got hired at Eddie’s by Kirsten Alexander, who is one of the best people I’ve ever met. Eventually, Matt Arnett, who is Atlanta royalty, invited me to host an open mic there. I learned that I loved being an MC. I was serving, I was hosting occasionally and I was booking for Eddie’s. I knew people who could fill in opening spots and after a couple of those worked out, they started trusting me to find folks. Eddie’s not only gave me a foot in the door to the music business in Atlanta, it also let me meet some of my heroes and exposed me to people I never would’ve known otherwise. Eddie’s is hallowed ground.

ArtsATL: After living and working in the city for 10 years, what does the new album embody for you?

Revels: It really embodies the relationships I built here. Because it’s not a small band; these people are not just hired guns. These are my dear friends, who I have ages of memories with. Every one of them represents a different angle of my life in Atlanta. Jasper County Blues is an ode to my friends. And to the city — it’s layered. There is a lot represented there. Now that I’m moving so far from Atlanta, the album feels like a piece of heritage I’m bringing with me.

ArtsATL: How was it to work with Damon Moon?

Revels: Man, Damon Moon is making some of the best music in Atlanta. And he works his tail off doing it. He makes you wonder where he found the time to know all he knows. He’s in his 30s and can dabble on any instrument you can dabble on. Before he made Standard Electric, he was with The Cottage, which was doing major stuff, and he was recording before that. He has an ear for tone. He has a calm kind demeanor. He’s not bossy. He’s a conduit. He listens and suggests and listens and suggests. He’s great with feedback. He wrote a part to one of the songs on the album. It sounded great. I didn’t say a word; I just followed him around the studio.

ArtsATL: Considering you are leaving the city, how has Atlanta made you the musician and songwriter you are today?

Revels: Atlanta allowed me to live. To deny its effect would just be arrogant. Atlanta not only provided the bands, it provided a place where I could pay $250 in rent for a couple years of my life. And it afforded me all the restaurants that I had to work to be here. And it afforded me AIM and The Creative Circus. And it afforded me Killer Mike and Stacey Abrams and Keisha Bottoms. And an oasis in a sea of my past — in a sea of stunted ideologies I was taught growing up. Atlanta was reachable for me, just up the highway. Atlanta is one of the best cities on the planet. We’ve got the South, we’ve got progressiveness, we’ve got the South without the racists, at least partially. I wouldn’t be the songwriter I am without being from the South but I wouldn’t have had safe places to play my songs without Atlanta. This community has inspired me and shaped me but also, as a super poor guy, it just kept me going. I’ve slept on many a free couch, had many a free meal, I’ve cut grass, I’ve had people loan me cars to get to gigs. There are so many people who have kept me going. Everything I am is a testament to this city.