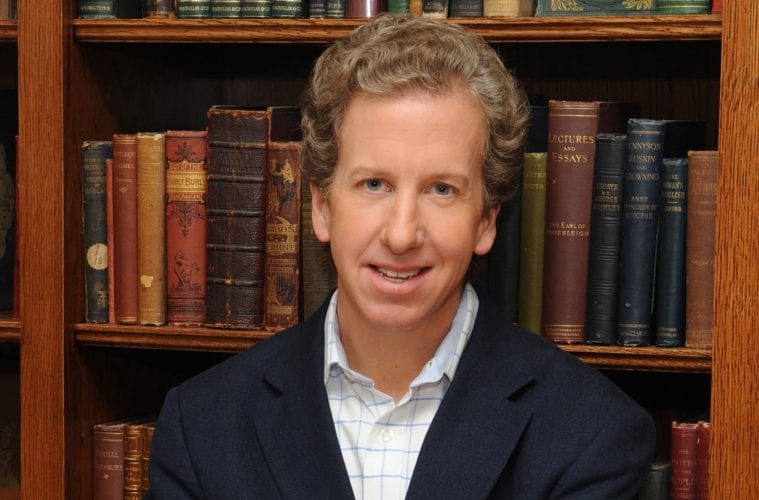 Q&A: Books are in Charlie Lovett’s blood and his new novel, “First Impressions” 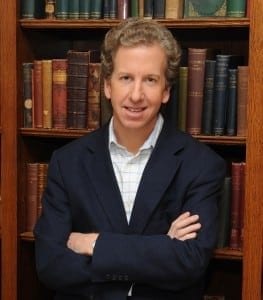 Charlie Lovett will speak about his new book, First Impressions, on October 22.

Charlie Lovett’s sophomore novel, First Impressions, pulses with suspense and glitters with literary allusions. Alternating between the present and early 19th-century England, the story explores the connectivity of literature.

Sophie Collingwood is looking for a rare second edition written by an unknown Restoration-era minister when she discovers that Jane Austen might have written part of it. If Sophie can find the manuscript, she will have found the lost first draft of Pride and Prejudice.

Interspersed throughout Sophie’s pursuit of the manuscript are scenes in which the real Jane Austen is feverishly working on a story about Elizabeth Bennet. Sophie’s search mirrors Jane’s creative search for the best way to tell her story. This bifurcated storyline allows for an exploration of the ways in which physical books can link people across centuries.

First Impressions follows The Bookman’s Tale, his best-selling novel also preoccupied with books. No wonder: Lovett, who will speak at the Decatur Library on October 22, is a former bookseller and son of an English professor.

ArtsATL: How did you get the idea for First Impressions?

Charlie Lovett: When The Bookman’s Tale was being shopped around, we were still looking for the right title. The title it was sold under was The First Folio, which wasn’t right, but it got me thinking about the difference between first and second editions. For book collectors, first editions are valuable and second editions are worthless. I started to think about a reversal: What if a book had been published in which the first edition was nothing, but the second edition was highly valuable?

Once I had this thought, Jane Austen came on board pretty quickly, and the plotline began to coalesce. My dad was an English professor for 40 years, and his specialty was 18th- and early 19th-century English literature. I grew up in a house with a lot of Jane Austen.

ArtsATL: Both First Impressions and The Bookman’s Tale are love letters to book collecting and reading. Why?

Lovett: Book collecting and reading got into my bones early. In addition to being an English professor, my father also collected books. He specialized in collecting different editions of Robinson Crusoe, which is a great book to collect because it has been in print since 1719. His collection is now in the library at Emory University.

We have a longstanding family connection to Emory. Ancestors of my father attended the school even before the Civil War. My great great grandfather on my mother’s side was Asa Candler, who was instrumental in bringing Emory to Atlanta. Many family members on both sides of the family have been to Emory over the years, including my late mother, who was in the first class of women to graduate and received her degree from her grandfather, then the chairman of the board. My father received his Phd from Emory. More recently my wife and daughter both went to Emory.

I grew up in an environment that valued literature and the physicality of books. I became a book collector as a young man, and I am sitting here now completely surrounded by books. To me, the wonderful thing about my life in books is getting to experience these amazing physical objects that have moved through time and that have been read and loved by other people from other decades and centuries. 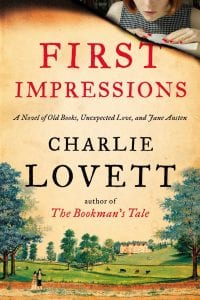 ArtsATL: You mention the significance of a book’s physicality. Do you think something is lost by reading a book on a digital device?

Lovett: I do, but I don’t think digitized books are all bad. When I first started researching First Impressions, we were spending a few weeks in England, and I read most of Jane Austen’s novels on the e-reader. However, I do think it’s possible that paper and ink are the better long term storage device for text. Ink and paper work well and have been tested over centuries. Text that I wrote for various websites in the last 25 years is lost forever, but I have 300-year-old books on my shelves that are still readable.

In terms of the actual reading experience, I think there is a triangular relationship between reader, text and physical object. The physical leg of that triangle is lost when you read on an e-reader. When you read a physical book, you can feel the pages, the bindings, smell the paper. You can read books owned by others, see their notes in the margins, see their handwriting centuries after their deaths. And things can fall out of books, too. I’ve seen everything from money to locks of hair to letters written by Winston Churchill come out of books. These elements are all part of a reading experience that don’t happen with digitized text.

Lovett will speak at 7:15 p.m.,  October 22 at the Decatur Library, sponsored by Georgia Center for the Book.