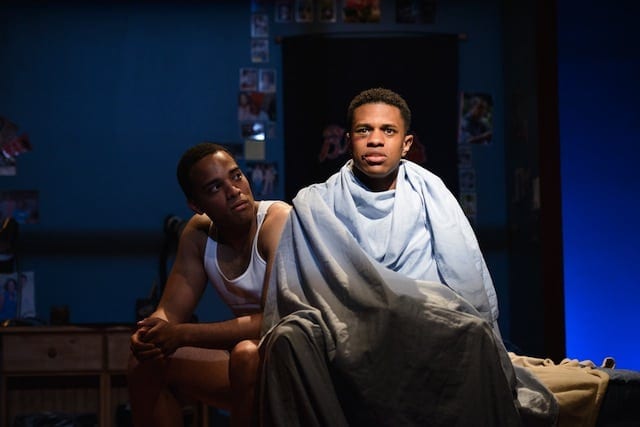 As part of our 20 by 2020 series (in which we’re profiling 20 Atlanta theater artists before the new year), we’re going behind the lens with the region’s theater photographers. We’re asking them how they got into theater, their favorite shows and their tricks for capturing dramatic moments onstage. Today we talk with Greg Mooney, who shoots largely at the Alliance Theatre, as well as around the city.

ARTS ATL: Where are you from?

Mooney: Baldwin, New York, on the south shore of Long Island. We had the opportunity to go into the city often and see shows.

ARTS ATL: How and when did you start shooting theater?

Mooney: I was a photographer at the Nassau Community College newspaper, and someone from the theater group asked if anyone would like to shoot the new play and sell prints to the cast. I thought it would be a great experience, and it still is. I actually did theater when I was a kid. I was in the drama club up ’til middle school. In high school, I was on the AV team doing lighting in the theater.

ARTS ATL: How many shows do you think you’ve photographed?

ARTS ATL: What show have you shot the most?

Mooney: A Christmas Carol with the Alliance Theatre, though Madeline’s Christmas at the Horizon is a close second.

Mooney: Oh man, each new show is my favorite! However, Jesus Christ Superstar was absolutely amazing, as was Come Fly With Me. Moby Dick was an incredible play to photograph, and Harmony, but I think my favorite was Zorro. (All were Alliance productions.)

ARTS ATL: Is there a show you want to photograph that you haven’t yet?

Mooney: Besides Hamilton?? I’ve always been a big fan of Sweeney Todd, but I’ve never had the opportunity to shoot it, yet. . . .