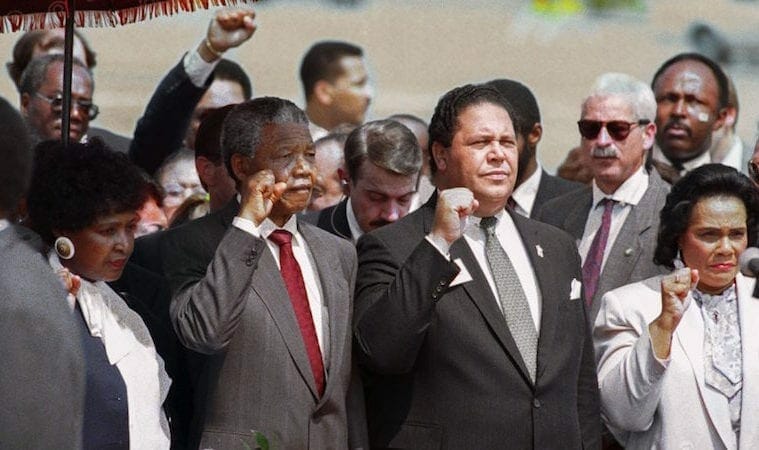 Film producer Autumn Bailey-Ford has certainly made her 12 years in Atlanta count. She has more than three dozen films on her résumé, has started two production companies (Autumn Bailey Entertainment and Prominent Productions) and her own foundation, and sits on several boards. Autumn Bailey-Ford’s first project in Atlanta was the 2010 faith-based film “The Prodigal Son.”

Bailey-Ford also is known for the monthly Get Connected networking events and the Georgia Entertainment Gala fundraiser, which she led for five years until 2017. At 36, she’s ambitious and always looking for ways to help others. ArtsATL caught up with Bailey-Ford recently to talk about her career, why she values diversity and a high-profile project that’s in the works.

ArtsATL: What made you move here?

Autumn Bailey-Ford: I went to college at Shaw University in Raleigh, North Carolina, studying mass communications and film and TV production. I wanted to move to Los Angeles but my husband didn’t. He wanted to move to Atlanta. He was working with Time Warner Cable and transferred to CNN to work in IT there. We moved here in July 2008 — 12 years ago — and didn’t know anyone. I used that first year trying to meet people.

ArtsATL: Can you tell us about the origins of your signature events Get Connected and the Georgia Entertainment Gala?

Bailey-Ford: I was an aspiring film producer and Brent Brooks was an actor I’d talk to at networking events. We’d meet other people who were great, but I wanted to meet people who shared the same passion and desire I had. I prayed on it, as I often do, and told Brent I wanted to create an event. I wanted the money we raised to go back to the community, to feed the homeless and help other filmmakers. We wanted to help people find jobs in the industry. The first Get Connected was at Gordon Biersch on Peachtree Street in 2011, and we had 723 people. It kept growing, and we raised a lot of money and helped a lot of people. We celebrate 10 years in January.

ArtsATL: What are your highlights as a producer so far? The producer will next adapt the young adult novel “I’m Not Dying With You Tonight,” about teenage girls who confront their assumptions about race as they shelter together during a riot.

Bailey-Ford: My first project here was as an associate producer on the faith-based film The Prodigal Son in 2010. Another was serving as a producer of Maynard, a documentary on former Atlanta Mayor Maynard Jackson. It premiered locally at the Atlanta Film Festival in 2018. I was friends with Maynard Jackson III, and he reached out and wanted to have me involved. When they asked, I did not know who Jackson was. I didn’t know the past, and it opened my eyes up to the city of Atlanta, how the airport got its name. I am thankful for being able to learn. Now I am part of Atlanta history a little bit. The film is shown in schools and around the world. I also try and do at least one faith-based film every year. I’ve produced more than 42 films — comedies, dramas, horror films and one documentary. I am also moving into TV and I am excited about the next chapter.

ArtsATL: How has Atlanta changed since you moved here?

Bailey-Ford: When I first moved here, it seemed that the industry was very cliquish. If people didn’t know you, they wouldn’t let you in and that was very troublesome to me. It wasn’t open to outsiders. It’s not great now, but I think it’s getting better. I think there are more opportunities in the indie level.

ArtsATL: Why is diversity so important to you?

Bailey-Ford: We are all one. No matter your color or sexual orientation or your religion, it doesn’t matter. If you can do the job, that’s enough for me. People ask me why I don’t do just African American content. It’s not that I don’t, but I make art. What I have made is predominantly Caucasian. It’s about the stories I like. If I read the script, I don’t look to see if it’s black or white. Art sees no color.

Bailey-Ford: I’m adapting Kimberly Jones’ and Gilly Segal’s young adult novel I’m Not Dying With You Tonight (2019) into a film. I bought the book in October, and it’s really resonated. I found out the author and I were connected on social media. We’ve been friends in the industry and I had no idea. I told her I loved the book and I wanted to turn it into a movie. We talked it through to fully understand what I wanted to do with her story. I met with Kimberly’s agent and at first he said I wasn’t a big name, a Tyler Perry or a Will Packer. He asked how could I afford the book and I told him he shouldn’t underestimate a girl with passion. I get things done. If I am telling you I want it, I am going to do whatever I can to get it made. I went to my L.A. office and met with him. He contacted me a week later and told me he loved my drive and passion and thought I’d get it done.