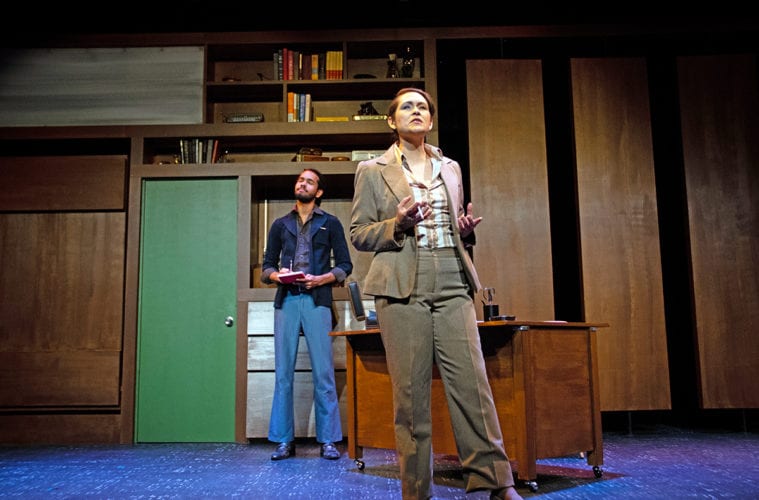 First-time audience members at Dad’s Garage might be a bit surprised to hear the voice of Archer’s Pam Poovey coming out of one of the improviser’s mouths. But the truth is, the improv community had her first. Amber Nash was the first female improviser at Dad’s Garage in the ’90s, and she has been a presence in the theater ever since. After studying at Second City and IO in Chicago for a summer, she followed Second City to its Atlanta show at the Alliance, where she first came in contact with Dad’s Garage. Since then, she’s worked with people and companies nationwide, teaching and doing festivals and performances, and has done voice work for the cartoon series Frisky Dingo and Archer.

She’s still most at home at Dad’s Garage, having served a six-year stint as its educational director, performed a one-woman show in 2014 with the company while at 7 Stages and even met her husband, Kevin Gillese, while working there. She’s currently starring in Ad Nauseam through May 31 — an original parody of Mad Men where women call the shots at an ad agency in the 1960s.

We asked Amber a few questions about working at Dad’s Garage, the state of the improv community in Atlanta and the connection between her Adult Swim work and her work at Dad’s Garage. 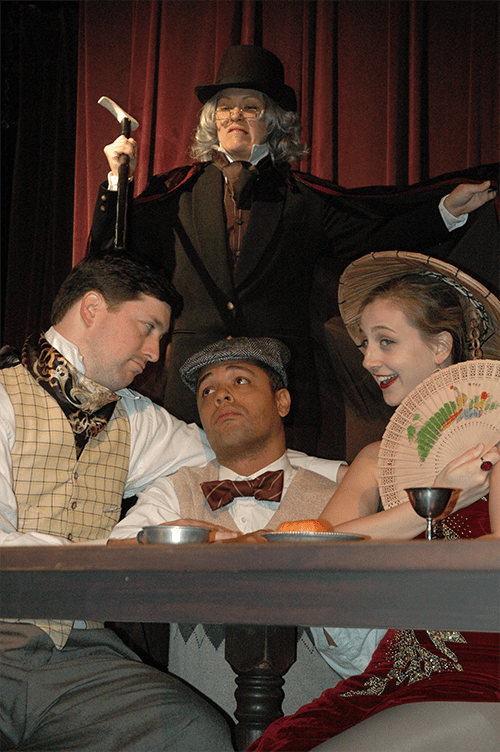 ARTS ATL: What is the process of becoming a full-fledged improv performer?

Nash: When I was the education director, one of the things my students hated hearing, but I told every one of them because it was the truth, is that when you start taking classes and when you start improvising, you’re not going to be good until you’ve been doing it seven years. And I still stand by that: Even if you have raw talent, there’s just so much of it that just takes time to develop. And so I think that [it involves] just taking a lot of classes and also getting onstage whenever you can.

ARTS ATL: Can you tell us about some of your favorite Dad’s Garage shows and events?

Nash: One of my favorite shows, that we’ve been doing for so long, is Invasion: Christmas Carol. The very first time we did Invasion: Christmas Carol, I got to play Scrooge, which was also such a dream role. And that show really hit, and we’ve been doing it every year since — I think last year was our 10th year doing it. And it’s fun and it’s stupid and it’s very Dad’s Garage: You never know what’s going to happen, who’s going to show up any particular night of the performance. It really is one of my favorite things.

ARTS ATL: Can you speak to the strides that have been made in regards to diversity in the improv community and in Dad’s Garage in particular? 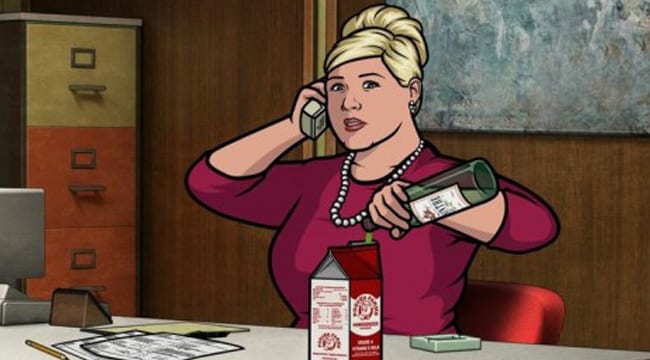 Nash lends her voice to the character Pam Poovey on the animated series Archer.

Nash: The funny thing is, honestly, the reason why we’re a more diverse company is because of a white dude in his 20s, and that’s Kevin Gillese. He came to Dad’s in 2010 as the artistic director, and he came down to the theater and was like, “Hey, this city is super diverse, and this theater isn’t.” He was constantly seeing that we had literally no audiences of color, and the only women who came to our theater is because their husbands and boyfriends would, like, drag them there. So he made a real effort to make diversity a priority.

I don’t know exactly for the improv community for Atlanta as a whole; I think, generally, comedy in the U.S. is getting more diverse — I notice that women are having more of a space. And I think people are just waking up and being like, “Oh, we’re tired of the same stories, and the reason we’re tired of those stories is because they’re being told by the same people, so why don’t we listen to stories from other people once in a while?” And everybody’s like, “Oh, that’s actually awesome,” so hopefully it’ll keep going in that direction.

ARTS ATL: What about the connection between Archer and the improv scene — did one feed into the other?

Nash: Christian Danley, who is an ensemble member at Dad’s, works for Floyd County Productions, and they used to [make cartoons for Adult Swim]. They were making a show called Frisky Dingo, and before that they made Sealab 2021. When they were making shows, they would need someone to do a voice for this random character or that random character, and so lots of times they would bring in people from Dad’s Garage to do voice work. They needed someone for Frisky Dingo, and I got it, and it was a recurring role, so I got to do every episode of those two seasons. Then, when Archer came along, they just asked me to do it.

Nash: If I have any crazy idea, I can most likely do it at Dad’s. It’s where all my friends are, it’s where I met my husband, it’s truly my home, like, my family. I’ve never gotten bored there, which is awesome. And I think for audiences, that’s part of it too. I think there’s a lot of people who came when they were in college, and now they come back once a year for their anniversary. Then, there are still young people who are finding the place for the first time and feeling the way I felt, like, “Whoa! What is this place? I wanna keep coming here!”