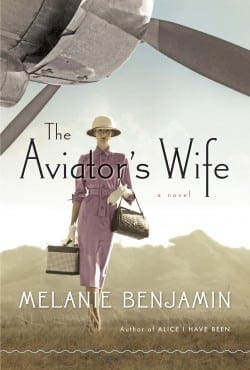 Q&A: Melanie Benjamin on her novel “The Aviator’s Wife,” about Anne and Charles Lindbergh

As a child, Melanie Benjamin dreamed of becoming an actress. It wasn’t until her late 30s, and at the prompting of a friend, that she turned to writing fiction.

Despite the late start, Benjamin, who will speak about her third novel, The Aviator’s Wife, at the Margaret Mitchell House on February 6, turns out absorbing historical fiction as though she has been writing it forever. Her characters pulse with life, and her plotlines illuminate obscure historical events in vibrant, fascinating ways. She aims to tell the “story behind the story,” but her books are so captivating that readers might find her interpretation of history more compelling than any historian’s version. 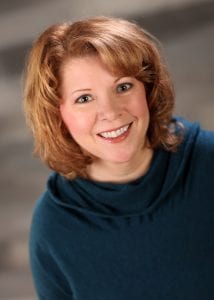 Although the sands of history have almost engulfed them, the Lindberghs were one of the most watched couples of their time. Legions of fans met Charles’ plane in Paris at the end of his 33½-hour solo flight across the Atlantic in 1927, the first of its kind. The unknown boy from the Midwest became America’s hero. Two years later he married Anne Morrow, a diplomat’s daughter, and they explored the skies together. The press couldn’t get enough of the glamorous couple. Their popularity was enormous and the public image of their marriage was one of loving devotion. Unfortunately, the truth, as Benjamin delineates in her emotionally charged novel, was entirely different.

ArtsATL spoke with the author by telephone from her home in Chicago.

ArtsATL: Everyone has heard of Charles Lindbergh, of course, but the story felt so new to me as I read The Aviator’s Wife. There were so many unexpected twists and turns: kidnappings, Nazi-sympathizing, affairs.

Melanie Benjamin: That’s why I wrote the book, actually, because I found that to be true. I discovered that there were huge gaps in people’s knowledge of the Lindberghs, particularly Anne. I thought that if I put it all together, it was this huge epic story, not only of one couple’s journey but of one woman’s journey through the first part of the 20th century. I thought it was important for people to know the entire story about this fascinating couple.

ArtsATL: Did you always want to write a book about the Lindberghs?

Benjamin: I have always been a history buff, and I had read biographies about Charles and Anne. Like a lot of people, I was always fascinated by their marriage, by their public experience, by the tragedy of the kidnapping [of their baby son]. I always saw Anne as a very sympathetic, tragic figure, and Charles was this extremely handsome man who had done the impossible. There is something iconic about them.

All this was in the back of my mind when I started research for my novel. I was looking for stories set in the 20th century. My other two novels were set in Victorian times, and I wanted something a little more modern.

I was looking at women’s stories, and I came across a few early aviatrixes, and then I thought, why not Anne Lindbergh? She’s known and these other women were not known to history. But then I realized that I didn’t know as much as I wanted to about her and that others were probably the same. It was a delight to find out about her aviation experiences and bring those to readers. I was also fascinated to find out about the difficulties of that marriage. It was absolutely not what people thought it was.

ArtsATL: Their marriage is fascinating, and she discovers so much about herself as a result of her relationship with Charles. It’s amazing that she never left him.

Benjamin: Yes, their marriage is fascinating. Anne should be a famous person in her own right, but it was the relationship that fascinated me, not their individual stories. It was their marriage that made the book for me.

I think, though, that many readers, especially younger women, will wonder why she didn’t leave him, but you have to understand it was a different time. They married in 1929 when women were always known as “Mrs. So and So,” rarely their own name. Many of Charles’ traits that became so annoying to Anne were what enabled him to fly across the ocean alone, but they made him difficult to live with.

Still, there was a deep bond there. They relied on each other so completely in the early years of their marriage and through the kidnapping — again, when it was just the two of them. I saw this as a relationship that was hard to break from. They had been through so much together, and only the two of them understood it. Anne eventually did find ways to speak in her own way, and that’s what I loved to explore too, though it did take her awhile.

ArtsATL: How do you choose your subjects?

Benjamin: I’m always open to every possibility, and I am a voracious reader. I read everything that comes along, particularly history but also fiction. I go to museums. I love movies. I’m open all the time to stories, and you never know where you’re going to find your next one. I’ve found them in very unusual ways.

The search for the topic for The Aviator’s Wife was a little more specific because I was looking for a particular period, so that narrowed things a bit. I’m open to the story, but the person who speaks to me first becomes my focus. If I wanted to write in the 1950s, I wouldn’t just write about the 1950s if I didn’t have a good story to tell. I have to have sympathy for the person, have to be able to imagine myself in her shoes, in her time. It’s a sense of familiarity combined with a discovery, because I want to know more about this person. 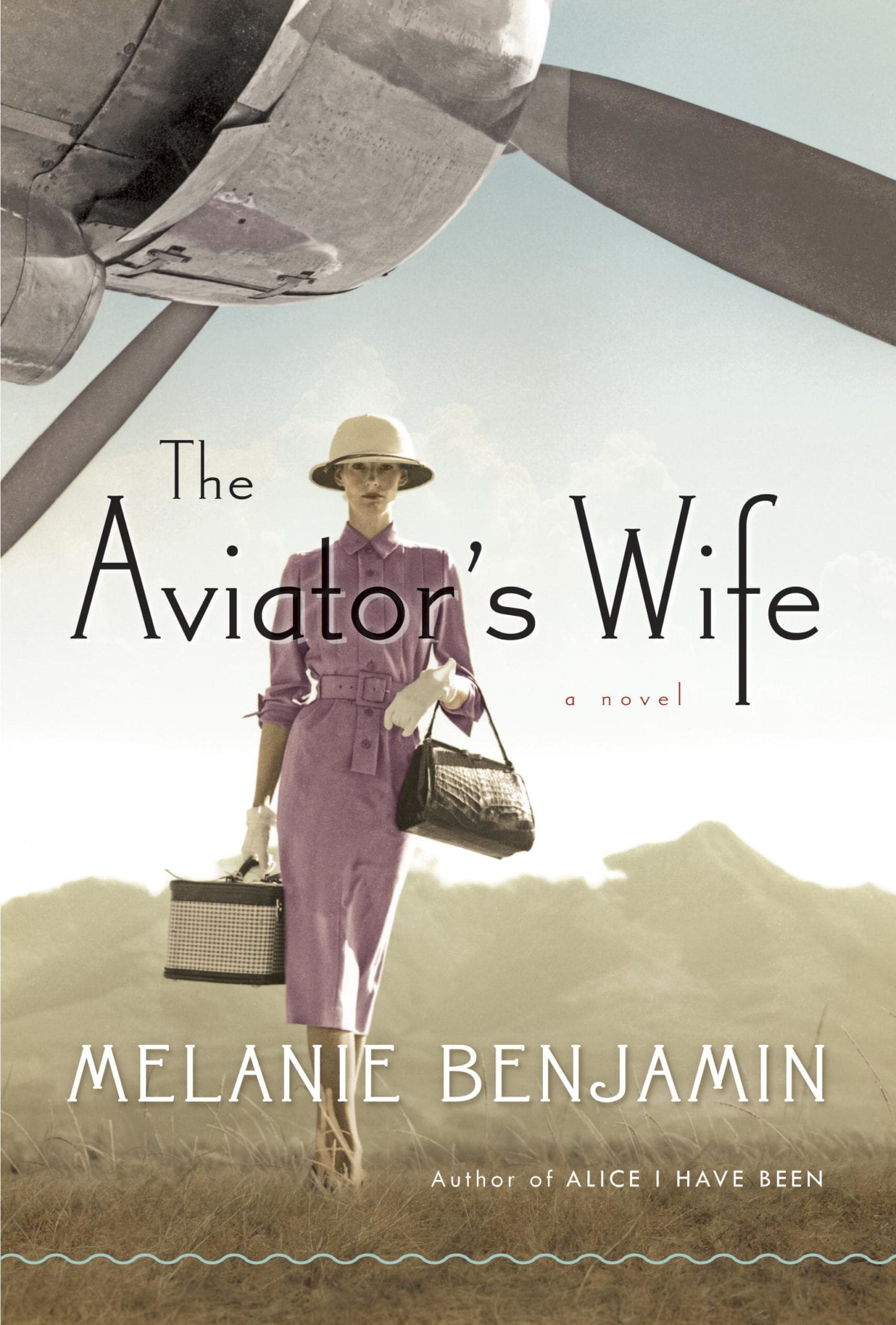 ArtsATL: How close do you stick to the historical record, and how much research do you do?

Benjamin: I wish I could tell you I have a formula. I think people expect me to say, “Well, 50 percent is real,” et cetera, but it’s not that way. I read, I explore, I discover, I research, but I don’t read everything, because I need to give my imagination room. I need to have something unexplored left to imagine in my fiction.

I will say that I primarily incorporate the biggest events in the person’s life, but not all of them. You have to pick and choose. You can’t put everything in a novel. For example, I may have left Anne’s early writing career somewhat unexplored and a lot of the details of the kidnapping, including the trial, out of my novel. These events did not fit into the story I wanted to tell, which was the story of Anne’s journey through this marriage. You can’t incorporate everything.

You have to learn that right away. I pick the major points of a person’s life, and these are the foundations upon which I build the fictional house. I’m always looking for the closed doors and locked closets of a person’s life. That’s what I’m imagining. We may know they married in 1929, but what made her say yes when he proposed after such a short courtship? That’s the thing I explore through fiction.

ArtsATL: Why do you think historical fiction is so popular?

Benjamin: Fiction can do something with history that you can’t do in history books, and that is make it come to life. I think people want to be entertained when they read, but they also want to feel as if they’re learning something. Telling a good story isn’t always within the historian’s or biographer’s ability, but it should be the number one thing that a novelist does. I think it’s a combination of getting lost in a great story but at the same time feeling as if you’re learning something.

I am never happier than when a reader tells me, “After I read your book, I went and bought Gift From the Sea or I bought the biography of Anne because I wanted to learn more about it myself.” [Gift From the Sea is Anne’s classic book, published in 1955, that contemplates the complexities of women’s lives.] That to me is special. If that happens, then I’ve done my job.

ArtsATL: How did you know you wanted to be a writer?

Benjamin: I’m a late bloomer. My first love was theater. My dream was to win an Academy Award, not a Pulitzer Prize, but I was always a huge reader. I think, though, that I loved reading and the theater for the same reason: I wanted to escape into other people’s lives. I find my own upbringing terribly flat and boring, and I always wanted to imagine other people’s experiences.

I married in my 20s, had children, moved around a lot. I continued to do theater, though it began to fall away after so many moves. Then all of a sudden I was in my late 30s, PTA president. A friend said, “I always thought you’d be a writer.”

She doesn’t know why she said that, even today, and I don’t know why either, but when she said it, it was like a light bulb went off in my head. I sat down and wrote some short pieces and got some things published. By the time I was in my early 40s, I was trying to write novels. It took me several attempts. I was published in 2005 under a different name, with a different kind of book, and I wouldn’t have been happy continuing with that career. After a couple of books there, I tried to find my way to writing the types of books I really wanted to write, which were historical fiction novels.

Writing is something that can happen at any time in life, because it’s about the book. My children are grown, and I can write only when writing is the only thing in my mind, so I didn’t start this seriously until my children were well into middle school.

ArtsATL: How does your reading impact your writing?

Benjamin: When I’m writing I can’t read books that are similar to mine, so I love British novels of the early 20th century. I’m obsessed with the Bloomsbury Group books. I love the domestic British novel that’s set in a small village between the wars. While I’m writing, I read to escape, to clear my head. Prior to coming up with an idea for a novel, I read to learn. I read a lot of biography and history to find my subject or to find out more about it once I’ve found it. I just love to read. I try to keep up with what’s out there — literary fiction, historical fiction — but not a lot of mystery or sci-fi. I know a lot of authors now, so I try to read their books and support them.

Benjamin: I’m working on another historical novel, set in a different era than I’ve written in before. It’s a story about two women whose lives intertwine in a fascinating way. Two women who did live, but I guarantee you’ve never heard of them. They’re not in any history book.