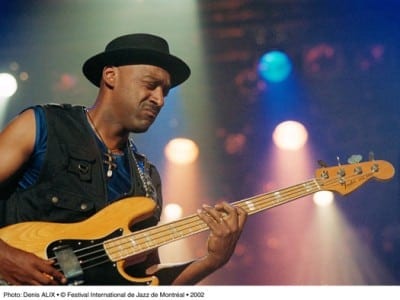 The big, above-the-fold news about the 33rd Atlanta Jazz Festival, which takes place Memorial Day weekend, isn’t the return of nationally known musicians to the annual event. Sure, vocalist Esperanza Spalding and bassist Marcus Miller (Saturday), singer Diane Schuur and bassist Stanley Clarke (Sunday) will all be there, but the real story is the festival’s return to its roots.

For the past two years, the annual jazz gathering has been suffering from an identity crisis due to the drought. Outside the friendly confines of Piedmont Park, where the event had been held in some form since its maiden voyage in 1978, attendance took a nosedive. A smart collection of local talent took the festival downtown to Woodruff Park in 2008, and the 2009 event, which also featured mostly local artists, was held at Grant Park, but those iterations drew only small crowds. (Rain may also have hampered attendance last year.)

“The glamour of the event was lost when it left Piedmont Park,” says Jay Norem, a local drummer who will perform in a quartet with bassist Keith White at 3 p.m. Saturday. “[The return has] enormous symbolic importance. I can see that people are excited just because it’s back there.”

For the 2010 festival, jazz bassist Marcus Miller will re-create one of the most important recordings in the history of jazz: the Miller-written and Miles Davis-produced album "Tutu."

In January, organizers of the festival were touting a return to the park, but also promised that the change in location wouldn’t mean saying goodbye to local talent. “We do our best to include Atlanta-based artists in the festival activities,” Nnena Nchege of the Atlanta Office of Cultural Affairs told me a few months before the lineup was announced. True to her word, some local acts will grace the main stage.

Saxophonist Steven Charles and singer Kathleen Bertrand (top photo) will open for national acts on Saturday and Sunday, respectively. The Rialto Jazz for Kids All Star Jazz Band (a middle-school-aged group led by Mace Hibbard and Gordon Vernick, Georgia State University’s head of jazz studies) and the Metropolitan Atlanta Youth Wind Ensemble Jazz Band represent the future of local jazz. Joe Gransden’s 16-piece big band, composed of many of the busiest musicians in Atlanta, will perform on Sunday. Gransden’s group was added to the event as the winner of the Ultimate Jazz Score video contest. Many of its musicians have played the festival stage before, as leaders of their own ensembles or members of other bands.

The festival’s informative website has a detailed list of performers. In addition to the festival lineup and May 31 Days of Jazz calendar, the site comes with a list of artists who flew through Atlanta for previous festivals. The history lesson stops at the 2001 festival, which is just as well because the last few years have been a little rough.

The 2010 lineup is certainly loaded with more recognizable names than last year’s, which featured Atlantan Freddy Cole and trumpeter Russell Gunn as the main attraction. But the last time the festival was held in Piedmont Park, in 2007, it featured the now extremely popular Vijay Iyer, vibraphonist Bobby Hutcherson and pianist Herbie Hancock. Those were different times, it seems.

There’s no way to know whether attendance this year will reach the huge numbers seen in previous years when titans of jazz graced the stage, but regardless of the music, this year’s festival seems destined for success simply due to its location. “Lots of people have a yearly tradition of setting up in Piedmont Park and sitting all day,” Norem says. “It’s an official kickoff to summer.”