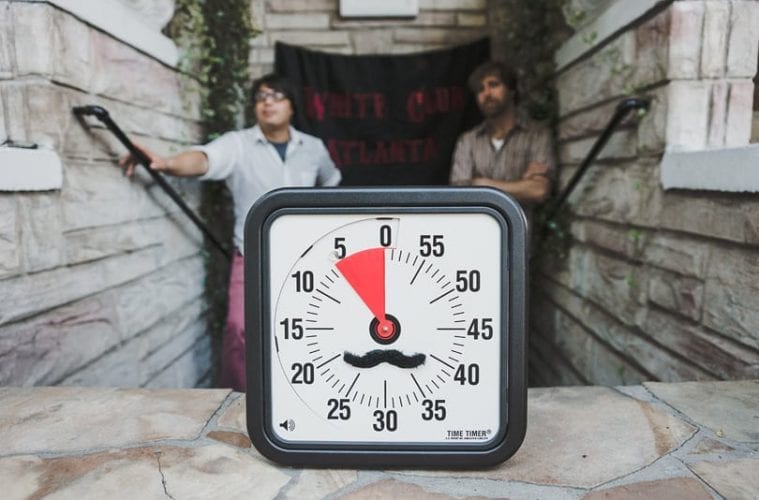 Preview: Write Club Atlanta’s got five years under its belt and shows no signs of stopping

What is it about Atlanta that proves to be such fertile ground for the literati?

When Write Club first debuted to Atlanta in June 2011 things were far from destitute. Carapace, True Story!, Art Amok and Solar Anus were already established within Atlanta’s writing community, hosting regular opportunities for spinning yarns and sharing work for writers both within and outside city limits. The Decatur Book Festival established itself as the nation’s largest independent book festival, co-founded by Daren Wang and Thomas Bell. 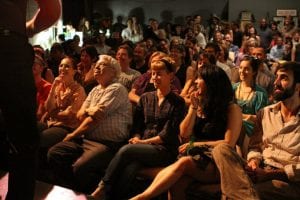 But by the time Write Club made its bellicose debut on PushPush Theater’s now-defunct Decatur space, the public seemed to be thirsty for its distinctive brand of performative literary combat. Its two organizers, Nicholas Tecosky and Myke Johns, had little to no experience planning events. “I didn’t feel like we were a legitimate part of a community yet,” says Tecosky. “There would be acting workshops going on while we set up for the show. People looked at us like we were crazy.” Johns agrees, “I would have to show up every month and go hunt down pieces of the P.A. from around the theater.”

In their five years of existence as a reading series, Write Club Atlanta’s consigliere and viceroy have certainly earned their chops as marshals of the city’s writing scene. Since their humble beginnings in Decatur they’ve put on 66 performances, hosted 185 different readers within three different spaces and even published a collection of works written for the show through Deer Bear Wolf. Cumulatively, that’s no small accomplishment. And while other reading series have come and gone within that period of time, Write Club Atlanta marches onward, averaging 130 people in their audiences at the Highland Inn Ballroom Lounge on the second Wednesday of every month, occasionally filling the venue to capacity.

Consistency helps, of course. Despite innumerable changes within their own personal lives over the years, the duo has operated Write Club like clockwork. Their formula? Three rounds and two writers with opposing topics, each with seven minutes to defend their side. The audience picks the winner of each bout by a show of applause. The spoils of the victory? A cut of the door money is donated to the charity of the winner’s choosing. 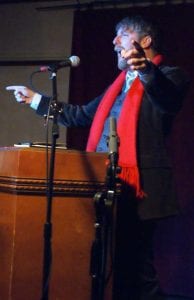 Keeping the template of the show uniform allows for dexterity in other places, though. There are no rules for what the competing writers can and cannot do within their time on stage. Fiction, nonfiction and debate formats have all proven to be successful, while completely unconventional approaches leave lasting impressions. (Heather Buzzard once recited a memorized epic rhyming poem from the podium and in September 2014, playwrights  Topher Payne and Chris Alonzo conspired by telling the same story from opposite perspectives, leaving the audience to feel as if they had lived through a meta experience rivaling Inception.)

Johns and Tecosky quickly learned the value of looking outside of their immediate social circles for their on-stage talent. “Three months after we started Write Club founder Ian Belknap came down from Chicago and did a Write Club show at the Decatur Book Festival. Thomas Bell was still in charge of programming and handled the line-up for us. Man Martin, Jessica Handler, Susan Rebecca White and Daniel Black were some of our performers,” says Johns. Tecosky adds, “The Decatur Book Festival brought the writers in for that one, and it’s sort of what legitimized us.”

That’s not to say that everything’s been hunky-dory since then, though. “There was a year-long period last year where we were very shaky on whether or not we were going to continue, so we took a summer off,” says Tecosky. “Because we’re doing the same thing over and over again it kind of ossifies, it’s easy to exist in a bubble.”

The duo took that time not only to recuperate but to reach out to segments of Atlanta’s writers that were unfamiliar to them. “Theresa Davis has been huge for us,” says Tecosky. Davis, a spoken-word poet and host of the Red Light Café’s Art Amok series, has been key in introducing the Write Club hosts to new audiences. “We realized for a community that’s changing so rapidly . . . we could do a lot better by doing more outreach, finding people who don’t look like us, who have different backgrounds. and actively going out and inviting them.”

Write Club returned from their brief hiatus reinvigorated and with their book, Tender Bloodsport: Volume One, in tow and has shown no signs of stopping. Write Club will host its fifth anniversary show this Wednesday, June 8, at the Highland Inn Ballroom Lounge at 9 p.m.