Preview: “Woman of the Year” accepts the challenge of role reversal and gender tom-foolery 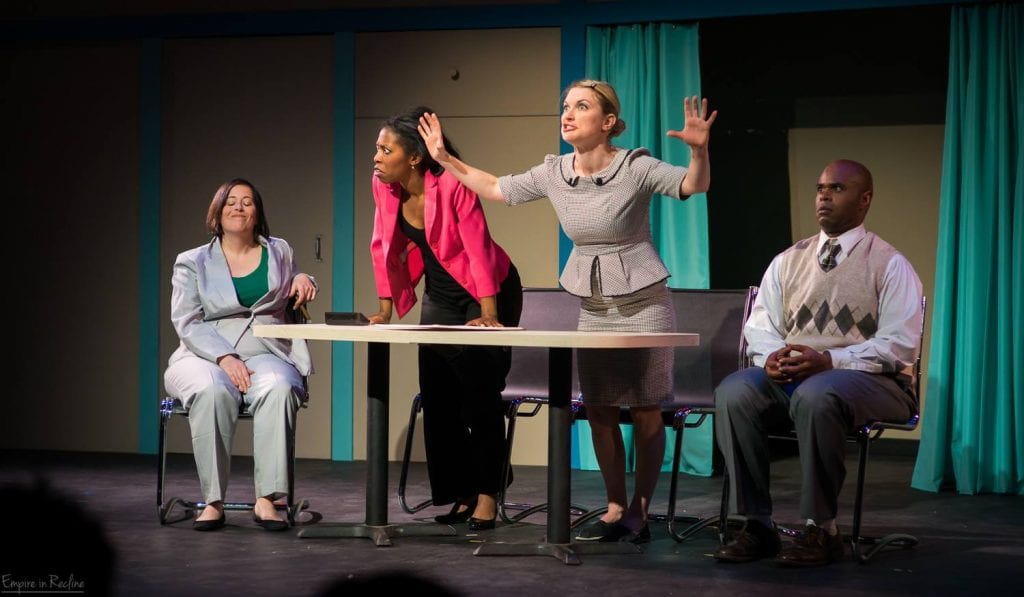 Dad’s Garage offers its own absurd (and funny) take on the roles we’re expected to play. (Photos by Mike Hillman)

When Woman of the Year opens at Dad’s Garage Theatre Company tonight (through March 12), the scripted comedy will challenge some deeply entrenched notions of what constitutes ladylike and gentlemanly behavior.

The show is comprised of 21 sketches, following the chronology of a calendar year, with an emphasis on pitfalls and foibles around holidays like Valentine’s Day, April Fool’s Day and Independence Day. Viewers can expect to see a variety of scripted sketches from satirical and absurdist to musical and social commentary — all from the perspective of the women at Dad’s Garage.

Written by Perry Frost, Linnea Frye and Megan Leahy, the part comedy/part social commentary was conceived and created by Leahy. “Like any other group, improv tends to be self-affirming and self-selective,” Leahy says. “The voices at the table are the ones that are encouraged and replicated. But when a cross-section of voices and experiences are brought to the fore, the art form can only benefit as women take part in the conversation.”

The 90-minute show includes a series of skits, four-minute sketches, 30-second black out scenes with a single joke, and a few song and dance numbers. 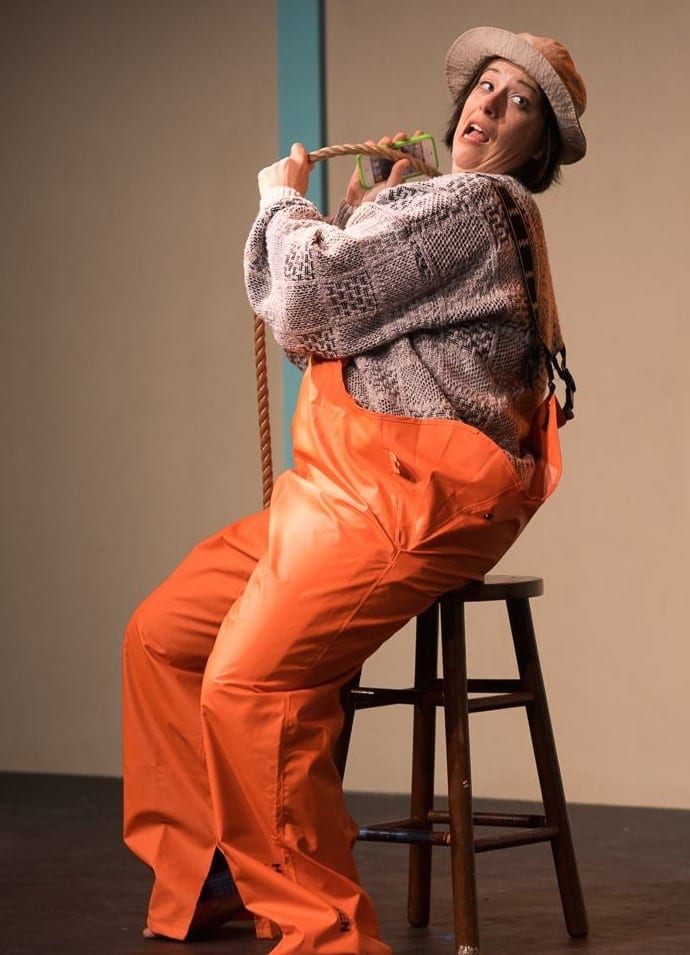 Megan Leahy came up with the concept and helped write the show.

One intention, Leahy adds, is to create a work that gives women the kind of “fun roles” that allow them to be “uncouth and gross or creepy,” roles that are usually handled by male actors.

Tom Rittenhouse, director of the play, envisions the production as both funny and thought-provoking. “It would be cool for people to walk away and have a conversation about stereotypes and what it feels like to flip the script,” Rittenhouse says. “But if it’s not funny, we’d be doing Dad’s Garage a disservice. I want people to have a hell of a time when they come see the show.”

Taylor M. Dooley, a five-year veteran of Dad’s Garage, threw herself into the challenge with reckless abandon. Literally. The sight of the stay-at-home mom flinging herself on the ground and rolling around on stage is remarkable not only for her prodigious talent as a physical comedienne, but because she is in her first trimester of pregnancy and experiencing round-the-clock morning sickness.

She would not have it any other way. “It’s significant and exciting to be part of a production where women get to take the reins and write these incredibly thoughtful, creative and hilarious pieces,” she says. “Plus, it’s great that the funniest parts in this show are the female parts, which isn’t always the case.”

Between the ensemble and general company, there are a total of 40 members of the troupe. It seems the only constant among the troupe is that many of them are former class clowns. In Dooley’s case, the impulse is so powerful that she admits to wondering, “if I have a chemical imbalance that … lends itself to a lot of clowning,” which might explain the home videos that feature her speaking in a British accent, apropos of nothing, as an 8-year-old.

But that’s where the similarities end.

Rittenhouse, for example, works as a filmmaker by day. Dooley was a pre-med student at Emory before changing her major to theater. And Leahy has a degree in public health from Yale University and worked as a geologist before finding her highest calling.

She was working in a lab back in 2002 when she first heard about Dad’s Garage, but could not afford to pay for improv classes. So her sister sent her a birthday check to pay for the lessons, saying, “You need a creative outlet.”