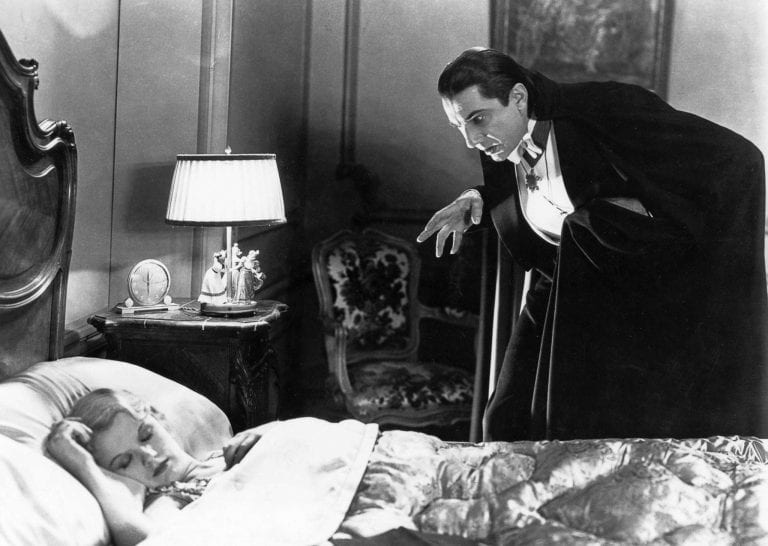 Bela Lugosi in the 1931 version of Dracula.

Alfred Hitchcock famously once said, “I play with an audience. I make them gasp and surprise them and shock them.”

And scare them to death.

Developed as an evolutionary tool for self-preservation, the human brain is literally hard-wired to experience fright when triggered by the fear of others. A maestro like Hitchcock built suspense and thrills like a conductor, orchestrating chills, oohs, aahs and gasps, until they erupted into cathartic climax of shrieks and screams from the rapt audience. 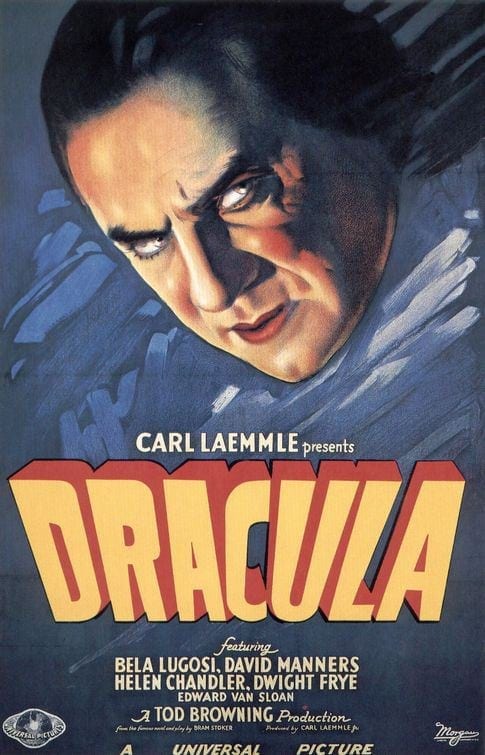 Thanks to Atlanta-based Turner Classic Movies (TCM) and Fathom Events, audiences will have a chance to experience the thrills of Hitchcock’s Psycho (1960), as well as marvel at a double feature of Tod Browning’s Dracula (1931) and its Mexican counterpart, Drácula, as this trio of films returns to theaters as part of the series “TCM Presents.”

“People are really excited to have the opportunity to see these movies in theaters,” says TCM’s Genevieve McGillicuddy. “While some fans grew up with movies like these in theaters, so many have never seen Psycho or Dracula on the big screen.”

A mainstay of the art house theaters that, once upon a time, would showcase an eclectic mix of essentials, rarities, restorations and cult favorites on a repertory calendar, classics have nearly become the exclusive domain of television — most notably TCM. The network has set the gold standard, delivering an unrelentingly deep stream of classic films into living rooms for over 20 years, presented in their proper aspect ratio (sometimes not even available in home video, DVD or BluRay editions), uncut and without commercial interruption.

Some movie purists might object that no matter how pimped out your home theater might be, watching at home is still watching at home. Movies, the argument goes, are meant to be a shared experience; not only should they be seen on the big screen, they should be watched in a dark room with a collective audience.

It is only fitting that TCM, as keepers of the flame, should spearhead a nationwide effort to revitalize the theatrical viewing experience for classic films. TCM Presents follows the success of the TCM Classic Film Festival, an annual celebration in Los Angeles that allows fans of classic cinema to enjoy a terrific program of restored, rediscovered and noteworthy classics, and then engage with the luminaries who created them. The TCM Classic Cruise, a maritime version of the same.

TCM Presents, which endeavors to screen classic films in everyday movie theaters and multiplexes like Regal, United Artists, Cinemark and AMC Theaters, is the culmination of a variety of factors. TCM used to present an occasional in-theater screening of a classic film, but such shows were limited in scope and scale by technology. The films were presented “road show” style, screened on 35mm prints that had to circuit to about 10 cities over the course of a few weeks, often in concert with the network’s “31 Days of Oscar” series.

This model changed when the movie theater industry crossed the digital divide, scrapping costly photochemical celluloid 35mm film prints for an across-the-board transition to high-definition digital projection. The same satellite and networking technology that allows for performances of the Metropolitan Opera or the Royal Shakespeare Company to screen at multiple theaters has created the opportunity to expand these classic film screenings from boutique shows into nationwide events.

Over the course the past few years, Fathom Events and TCM have partnered to present beloved classics like The Wizard of Oz, Casablanca, Singin’ in the Rain and, naturally, Gone With the Wind, TCM’s most successful title.

Based on the past success, the partnership has expanded from selected one-offs to a full program of films in 2015 that includes Jaws, Double Indemnity, Grease Sing-A-Long as well as the horror screenings.

“Over 700 screens in the Fathom Events network will opt into the Psycho and Dracula screenings,” says McGillicuddy.

While Hitchcock and Bela Lugosi are clearly the marquee attractions, McGillicuddy lights up when she discusses the Spanish language Drácula, which she believes to be the gem of the series.

In the early 1930s with the advent of sound, it was not uncommon for Hollywood studios to shoot a Spanish (or other foreign language) versions of features using the same sets and costumes. In the case of Drácula, starring Carlos Villarías and Lupita Tovar, the film was shot at night, while Browning and his crew worked the day shift on the English version.

Since the film was rediscovered in the ’70s, many scholars argue that Drácula is superior to the English-language version, citing better plot development and optimized camera set-ups. Since the Spanish crew had the benefit of watching Browning’s dailies, they could improve upon them, despite the lower budget and tighter shooting schedule.

That they worked overnight, in sync with Dracula’s nocturnal circadian rhythms, may have conjured something wickedly magical.

Lead actress Lupita Tovar commented about the difficulties of shooting overnight, “I needed my sleep. It was very dark and scary.” Tovar’s decidedly more revealing gowns mark another major difference from the English version in this pre-code era.

McGillicuddy adds to the legend of Drácula, revealing that 105-year-old Tovar still lives in L.A. “She’s the mother of Susan Kohner — who starred in Imitation of Life (1959) — and the grandmother of directors Chris and Paul Weitz.”

Is it coincidence or kismet that the Paul Weitz film Grandma starring Lilly Tomlin, is currently in theaters?