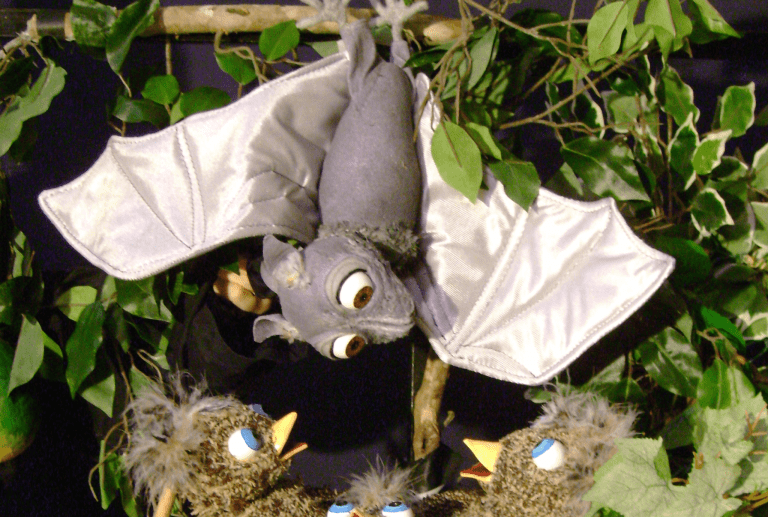 Preview: Stellaluna, a bat that finds its wings, makes a return flight to Puppetry Arts Center 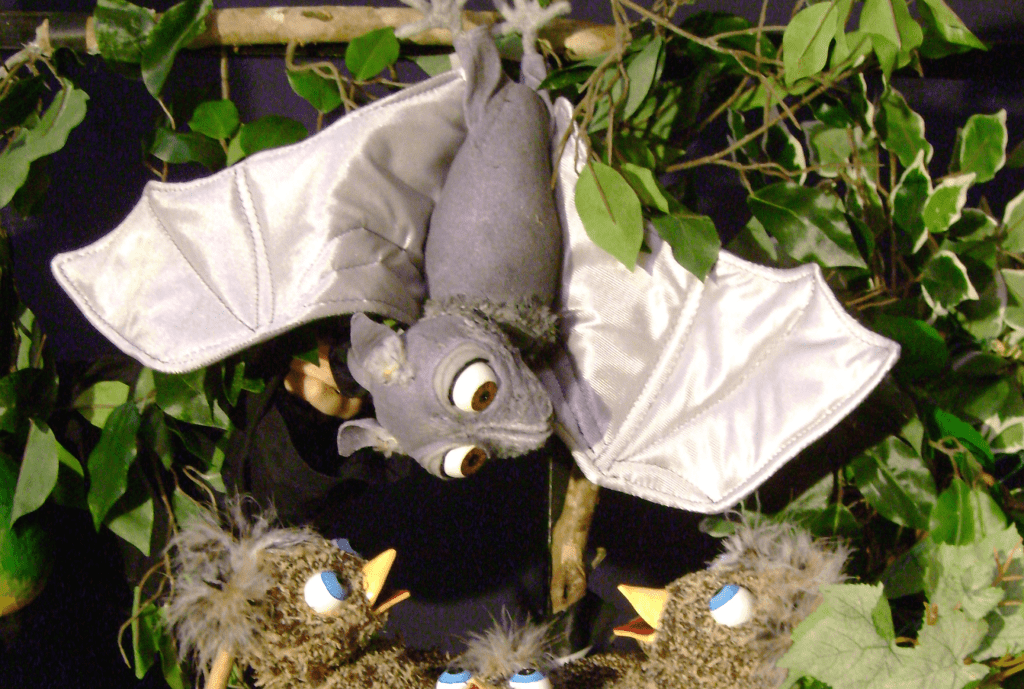 Stellaluna always wondered why she did not like eating bugs and preferred to sleep hanging upside down. Her mother and siblings love eating worms and sleeping in their nest at night, but she would rather sleep during the day. Then a chance encounter with a stranger changes everything for a bat who is trying to find her place.

Stellaluna flies into the Center for Puppetry Arts tonight through April 4, performed by the Tears of Joy Theatre troupe from Portland.

The show is based on the children’s book by Janell Cannon, about a baby fruit bat that falls into a bird nest. Tears of Joy presented Stellaluna at the Center for Puppetry Arts for the first time in 2008. Tears of Joy also produced Cinderella in 2012 in Atlanta and the Japanese folktale Little One Inch in 2009. This will mark the third time that Stellaluna has come to Atlanta.

“It’s a great story, and it’s got a great lesson,” Nancy Aldrich, the artistic director of Tears of Joy said. “Janell Cannon, the author, came to one of the performances. She liked it so much that she brought it to her hometown for Stellaluna’s birthday.”

Stellaluna was written in 1993, and Tears of Joy adapted it for the stage in 2008. The show has toured extensively, to almost 500 theaters in the past three years.

“Every kid struggles to fit in and make new friends,” Aldrich said. “Everyone feels uncomfortable when they come into a new environment. Everyone has to adapt. How do you do that while staying true to yourself? You can be friends, even if you’re a bat and your friends are birds. That’s the real message.”

Aldrich has been the artistic director of the 40-year-old company for the past 15 years. She first got into puppetry when she studied abroad in France. While there she apprenticed under a puppeteer and toured throughout the country. She said that the feedback from kids who saw the shows solidified her decision to pursue a career in puppetry.

She said Stellaluna is a progression of the motivation behind her decision to be a puppeteer. “I want audiences to feel joy and know that it’s okay to be different,” Aldrich said. “It’s okay to accept people who are different. Even within those differences we are so alike in so many ways.”

The type of puppetry used in the show is rod and kite puppetry. The puppeteers do the live voices for the 20 puppets in the show, three of which of are kite puppets that fly over the audience. The actors operating the rod puppets wear green hooded jumpsuits to cover their faces and to help them to blend into the flora onstage.

Ticket purchases include admission to a puppet workshop where visitors can make their own flying bat rod and string puppet.