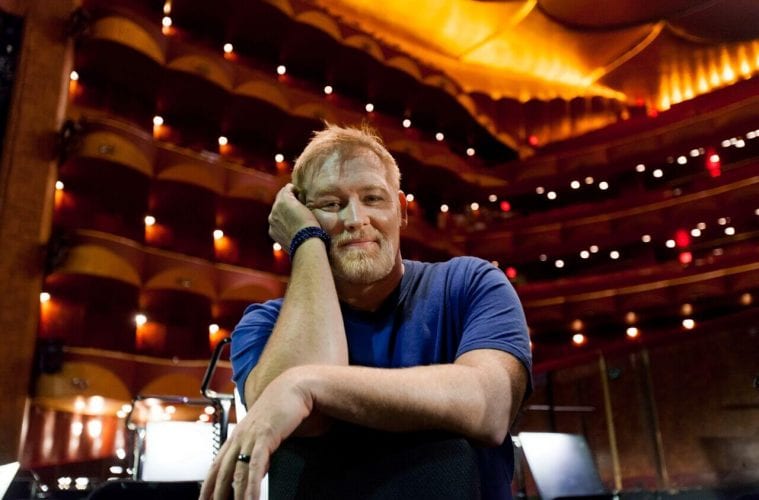 As The Flying Dutchman bows this week as part of The Atlanta Opera’s new main-stage season, it’s something of a homecoming not just for its director (Tomer Zvulun, also the company’s artistic director) but its star — Roswell tenor Jay Hunter Morris — as well. Zvulun made his Atlanta Opera directorial debut with The Flying Dutchman back in 2009, and Morris was one of its leads.

The all new production runs through November 12 at the Cobb Energy Performing Arts Centre. The opera, performed in German with English subtitles, is staged under the baton of conductor Arthur Fagen and is coproduced with the Houston Grand Opera and Cincinnati Opera. After the Atlanta debut, the show will move to those two cities. 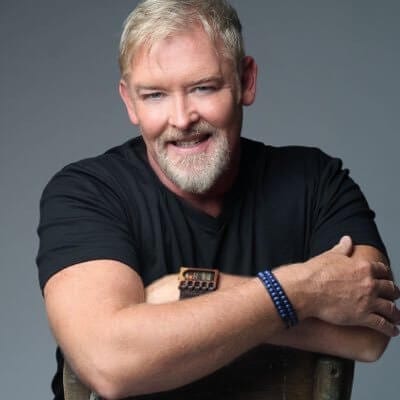 Based on a Norwegian ghost story, The Flying Dutchman follow a ghost ship doomed to roam the seas until its captain can find a wife. The ghost captain finds love in the form of a sailor’s daughter, but when the ship docks in the young woman’s hometown, trouble arises. “The Flying Dutchman is considered the gateway drug to the operas of Richard Wagner,” Morris says. “It is one of his earliest operas. It’s very lyrical and not as heavy as some of his later pieces.”

He plays Erik, who he jokingly calls the jilted lover. “We can’t get the girl every time,” he laughs. “Senta, the young girl, resents my character. These are young sweethearts, 20 years old or so. In my mind, we are going to be wed and spend our life together, but she has this infatuation with this ghost story. I think she is nuts and I’m sure she is going to snap out of it, until the Dutchman appears before us. It’s easy to relate to. We’ve all loved and lost and not been able to — with all of our charms — seduce someone we care about. It’s not unusual for me.  I spent most of my youth getting rejected.”

The rest of the cast includes Wayne Tigges as the Dutchman, Melody Moore as Senta and Kristinn Sigmundsson as Daland, Senta’s father. Tigges and Sigmundsson are making their Atlanta Opera debuts.

Morris is a huge fan of Zvulun and what the artistic director has done to attract singers from around the world.  He has also been impressed with Zvulun’s intention of staying true to the story but giving it his own touches. “His inclusivity is such a strength,” Morris says. “The actors have done the roles a lot. Tomer takes what we bring individually and molds it into something new — and that is an uncommon gift. I’ve seen spectacular shows at the Atlanta Opera [of late]. Turandot [in May] was absolutely world class. I hope to continue to be part of this very obvious great rise.” 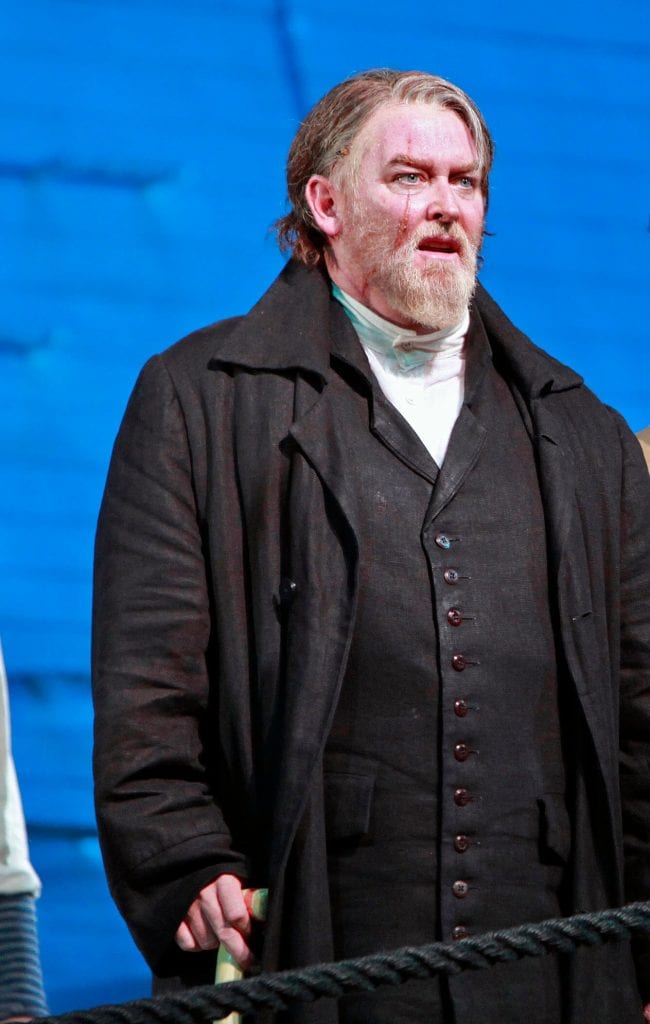 Morris as Captain Ahab in a production of Moby Dick. (Photo by Cory Weaver/San Francisco Opera.)

True to form, this current version of Dutchman is a different take than the traditional ones Morris has been used to. Zvulun has invited the ensemble to play the characters like real people in modern times. “My guy is passionate and has a temper,” Morris says. “As an audience member, I find that more interesting than sweet hand-holding, eye-batting, clasping our hearts and protesting our hearts from our bosom. This is a more intense, real reading of feverish young love. It’s also more fun to play.”

Zvulun and costume and scenic designer Jacob Climer and projection designer S. Katy Tucker have started their concept from scratch. “There’s a fresh approach,” says Morris. “In terms of the drawings and mockups we’ve seen, I think this is going to be visually spectacular — massive and epic.”

Morris first performed in Dutchman at the Sydney Opera House then later in Los Angeles and other cities around the world. His biggest break, though, came in 1994 when he was cast as Tony in Terrence McNally’s play Master Class, which he went to Broadway with. He played a wannabe opera singer and got to sing an aria from Tosca eight shows a week. “Basically I got paid to practice in front of people. It was a huge break for me.”

While he’s sung what he calls a bit of everything and dabbled in musical theater, opera has been his real calling card. He portrayed Siegfried in Wagner’s high profile Ring Cycle at the Metropolitan Opera in 2011 and earned a Grammy Award for Best Opera Recording for his work.

These days, he is happy to call himself a local. He lives in Roswell with his wife Meg Gillentine. A veteran of the Broadway stage who still dances and performs in the area, Gillentine grew up in Marietta and Kennesaw. After living in Los Angeles and New York, the two moved back to the area after they had a son. “We moved here to be close to grandma and family — and it’s the best move we’ve made,” he says. “This is home.”

Although he’s been in three Atlanta Opera productions — including Pagliacci at the Atlanta Civic Center — this is his first time since relocating. “I travel nine months a year, and I’ve sang everywhere but here,” he says. “I’ve been here six years, and I am finally getting a chance to sing here again.”