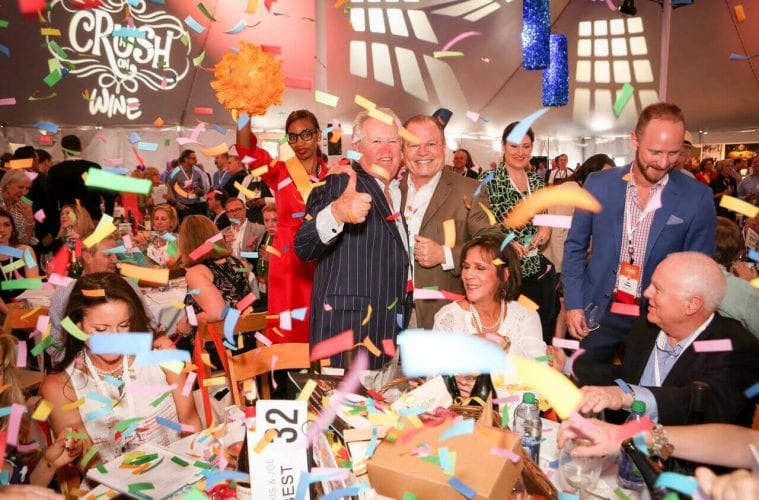 Preview: Why the High Museum is calling this year’s Wine Auction “The Big One”

Most Atlantans with eyes on the arts are probably aware that the High Museum’s Wine Auction is a big event. But it still may come as something of a surprise to learn just how big it’s become. Since its start in 1993, the auction has grown to become the largest charity wine auction in the United States benefiting the arts, and in 2015 it was the 10th largest wine auction of any kind in the U.S. according to Wine Spectator magazine. This year’s auction will take place on two stages backed by giant LED screens at Turner Field, and the auction itself is preceded by three busy days and nights of related events, everything from dinners and tastings to seminars and meet-and-greets with celebrated vintners.

More than 12,000 guests have participated over the years, uncorking more than 60,000 bottles of wine and donating more than $26 million for the High and the Woodruff along the way. The Paddle Raise, which began in 2006, has contributed more than $1.3 million to the High’s Art Access program, subsidizing visits to the museum for more than 110,000 students. This year’s event promises to be one of the largest yet, and as it’s the 25th anniversary, organizers have chosen to dub it, appropriately enough, “The Big One.”

“When it started it was really the only wine event in Atlanta, and it’s grown from there,” says Wine Auction manager Steven Hargrove. His job overseeing the wine auction and its numerous ancillary events is now a full-time, year-round position. “Over the years Atlanta has become a much more sophisticated wine drinking community. Part of that is due to the fact that through the wine auction we’ve brought so many vintners from around the world.”

“We have more and more wineries every year,” says Wine Auction founder Dick Denny, who has watched the event grow over the past 25 years. “Atlanta is a very good market, which is one of the reasons for our success. Wine-makers come here, and if they make a good impression their sales will go up.” 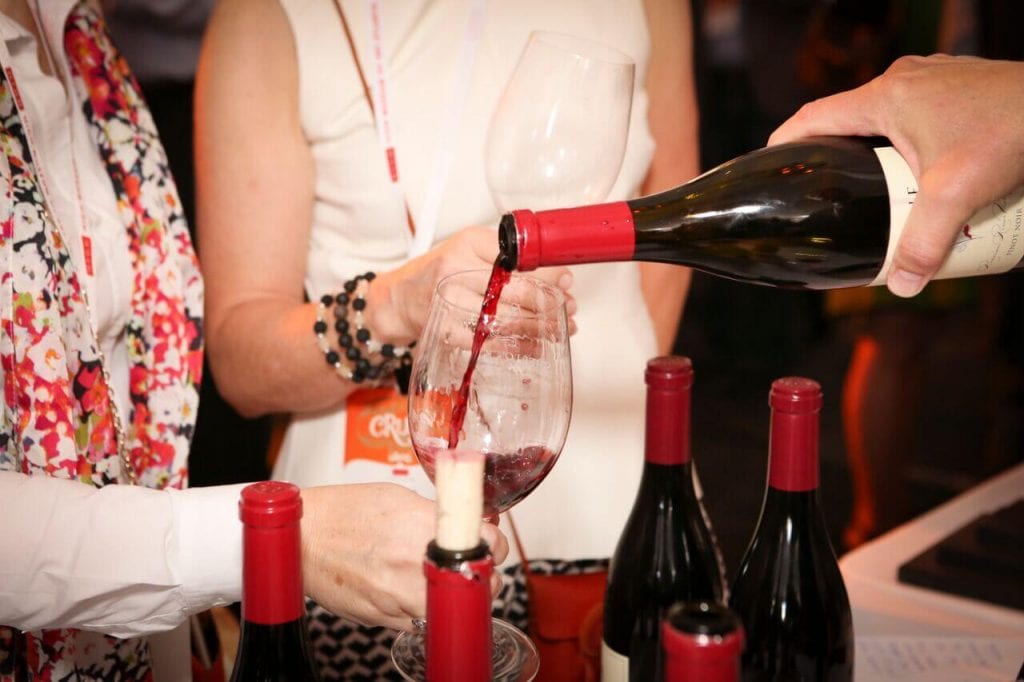 Denny, an Atlanta attorney, was incoming chairman of the board of the museum in 1993 at the time of the first auction. He says he and his wife had enjoyed charity wine auctions on visits to the Napa Valley and wondered if the same sort of event might work for the High. “I was naive enough to think we could pull it off,” he recalls. “We were frantically trying to sell tickets at the last minute. It was much, much smaller than it is by today’s standards, but we knew we had a good line-up of winemakers and an all-star cast of auctioneers.”

The first year’s event — consisting of a Friday night gala and a Saturday auction — had a somewhat inauspicious location, a parking lot at Spring and 8th Street across from the Cheetah III strippers’ lounge. “We managed to have a great time,” says Denny. “People had more fun than they could have imagined, enjoying a lot of wine in the middle of the day. We got off to a good start.”

The first event raised a respectable $150,000 for the museum, and the following year, there was no trouble selling tickets. “It was such an unexpectedly fun party the first time out,” says Denny. “People didn’t imagine it would be so much fun, so they all came back the second year. After about the third or fourth year, tickets became hard to get.” Now, there are no individual tickets available to the general public: they’re pre-sold to benefactors. “Any winery that contributes to this auction is going to give their very best because they’re not trying to show off their plonk. People can rest assured they’re getting the top of the line from that winery.”

Denny says the auction has even provided an unexpected benefit to the museum beyond the funds raised: he estimates that about a third of museum board members have come to the work through the auction, as have the last two museum co-chairs.

“We’ve been blessed with continuing growth,” he says. “We’re beginning to plan for the next 25 years.”