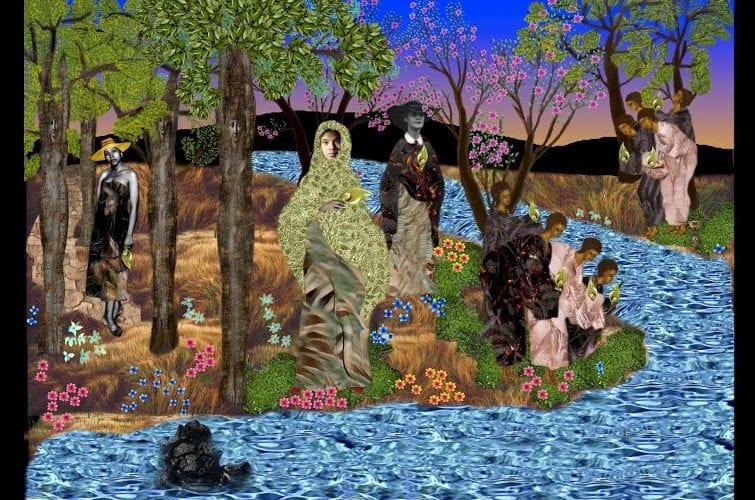 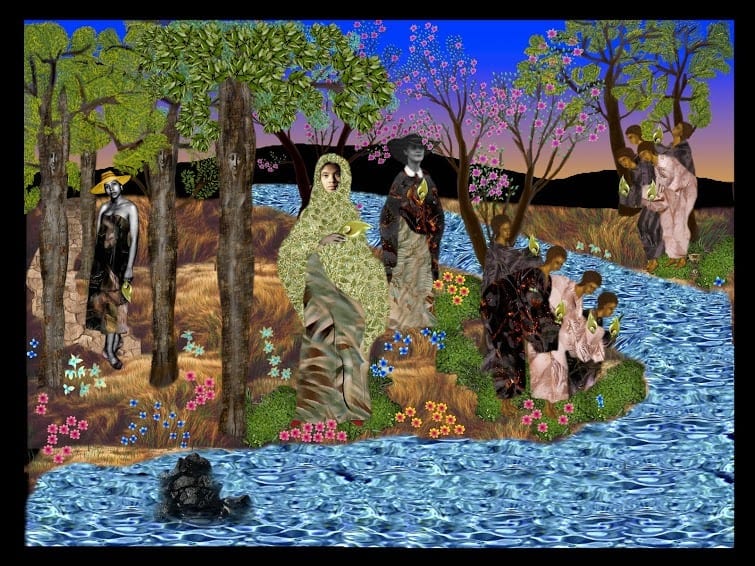 The sometimes cathartic, sometimes transcendent, yet ever spiritual “Ring Shout” was first practiced on American soil by African slaves in the early 1800s. The ritual of counterclockwise, circular shuffling may not have always been marked with shouting, but it was consistently accompanied by prayer, singing, clapping and stomping. The “Shout” would last for hours, subsequently bringing worshippers to a state of complete and utter exhaustion, depleted and satisfied, closer to God. Paul Carter Harrison, an award-winning playwright, will premiere Doxology Ring Shout: A Praise Dance for the Doxy tonight at Spelman College’s Baldwin Burroughs Theater. Harrison’s take lasts 75 minutes.

In a conference call with Harrison and two of his esteemed collaborators — choreographer and three-time Bessie Award winner Dianne McIntyre and renowned composer Dwight Andrews — there was no mistaking the enthusiasm and unbridled passion for this multidisciplinary project.

Harrison nurtured the play for well over 15 years before he joined up with Andrews, McIntyre and media artist Philip Mallory Jones. Doxology, in Harrison’s words, “celebrates women of the world, or ‘doxys.’” Through movement, music, text and film — all steeped in the rich, cultural history of the shout tradition — Doxology evokes contemporary social relevance while honoring a tradition born out of “dire need.” 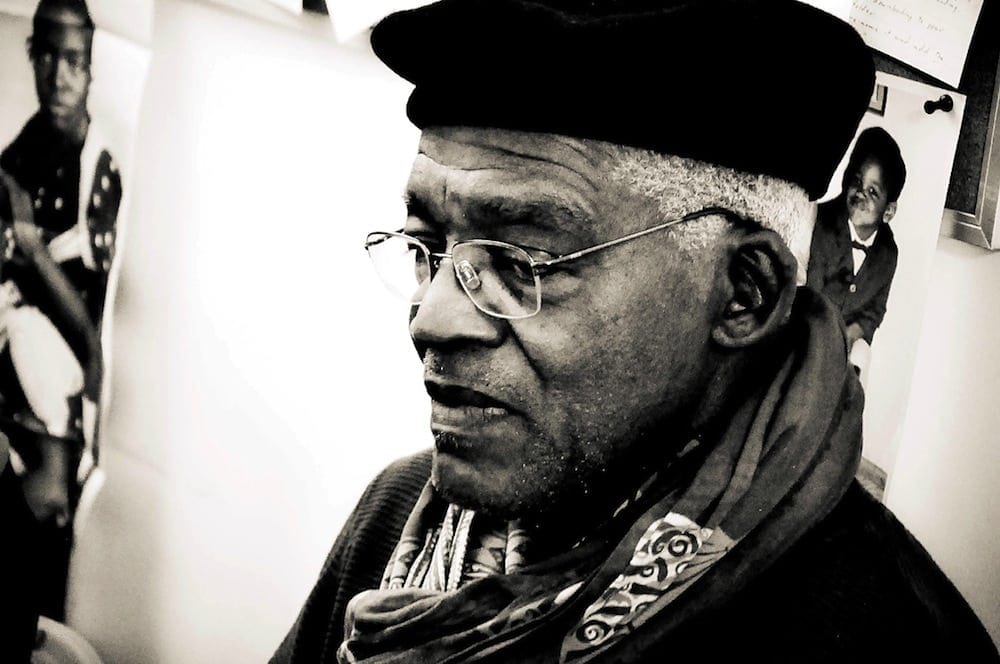 The work combines opera, dance and film; Harrison brings a wealth of knowledge to the process-driven work that he hopes will continue to grow after it makes its world premiere in Atlanta. An earlier version called Doxology Opera: The Doxy Canticles made its way to the stage in Chicago at the Museum of Contemporary Art in 2002. At that time it was presented as a three-hour concert minus McIntyre’s choreography — certainly not the full-scale production Atlanta will see. Driven by his research in ritual, theater and vocabulary of the African diaspora, Harrison took time to analyze and study the role of the doxy, her power and the implications of the name.

As Harrison explains, despite the current colloquial (and not so favorable) definition of the word doxy, it can and does historically refer to a woman of power, strength and vicissitude. While considering how he could best celebrate these “women of the light,” it felt obvious for Harrison to include people with whom he shares a creative history.

The four unique voices for the project united in cyberspace. The collective history of Andrews, Harrison, Jones and McIntyre not only substantiate the work but also shroud it in profound understanding of the mediums each collaborator represents. Doxology will not lack in historic accuracy, nor will it be an elementary staging of a ring shout. “It has been contemporized, updated,” Andrews says. “It is more current.”

While addressing the impetus that would eventually guide the choreography for the work, McIntyre admits that responding spontaneously to the dancers in the room, while holding firmly to the vision of Harrison’s text, became critical. Both McIntyre and Andrews both said they are not interested in walking away from the project with a choreographic nugget or music score that could stand alone. Each is creating in service to the overall work; perhaps this is why the ensemble seems to gel effortlessly.

This union of legendary artists is what compelled the National Black Arts Festival to make Doxology a centerpiece of its 2014 season. It is a boldly supported NBAF commission that is accompanied by several opportunities for local community members to interface with each of the artists behind the piece.

Doxology exists as an explorative work that revels in history while also looking forward. As Harrison explains, it is nonlinear, resisting the narrative form, and both Andrews and McIntyre cordially agree that they worked from the same place. “Witnessing a transformation” is what each collaborator hopes will occur, not only within the main character played by Mayfield, but among the other dancers and musicians involved. McIntyre believes that audiences will connect so deeply to the dance material that they themselves will feel as though they are doing the movement.

Doxology, through its original elements, will directly transport viewers to a time and place in our history that is as mysterious as it is pivotal, as personal as it was communal. Referring to women whose devotion and worldliness became a symbol of power, the piece honors tradition and offers a peek into a sacred practice by opening a circle that was once closed.