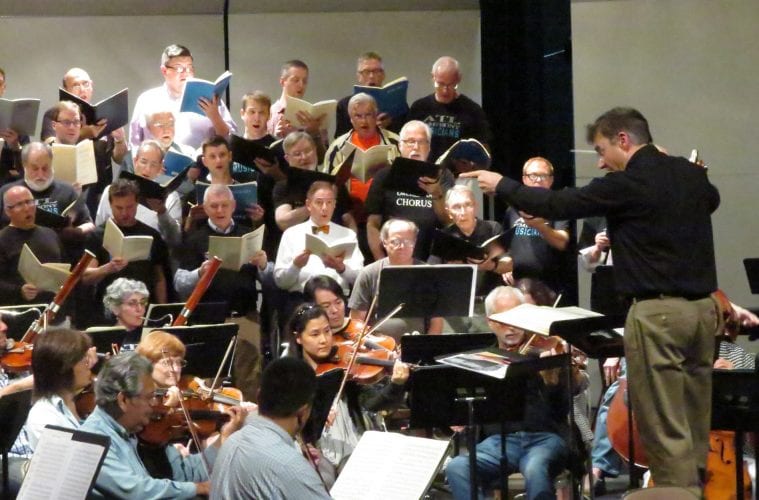 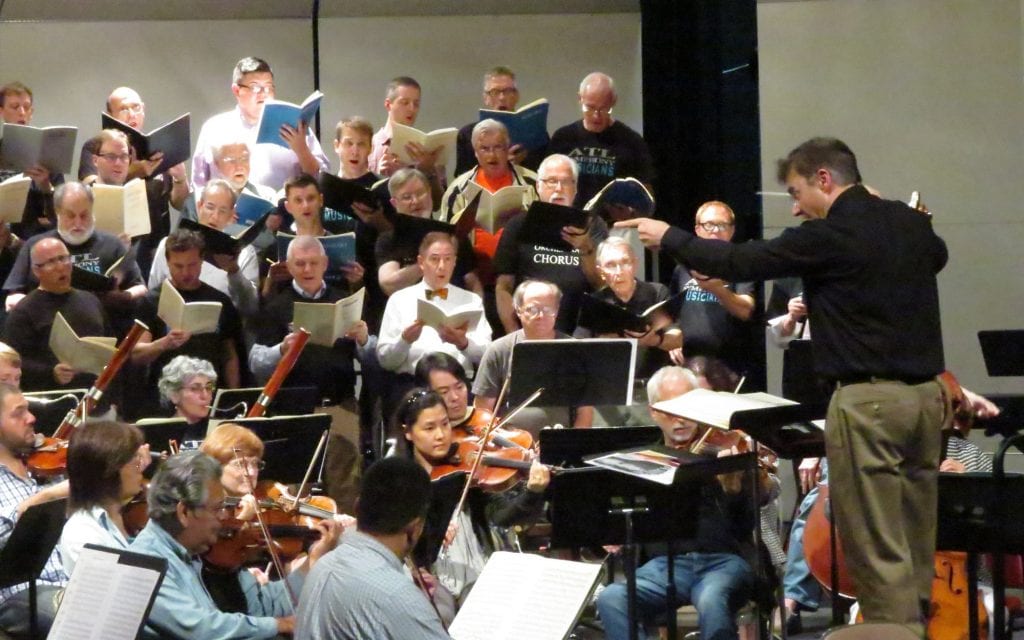 Richard Prior conducting the ATL Symphony Musicians and members of the ASO Chorus. (Photos by Mark Gresham)

With the imposition of lockout still in full force and the arrival of federal mediation into the fray of labor negotiations, the musicians of the Atlanta Symphony Orchestra are continuing to mount concerts under the auspices of the ATL Symphony Musicians Foundation, with three concerts taking place over the next nine days.

The first of those is tomorrow, October 10, at Oglethorpe University’s Conant Performing Arts Center and this time involves not only locked-out orchestra musicians but also volunteer singers of the Atlanta Symphony Orchestra Chorus, under the moniker Atlanta Mozart Chorus, and four vocal soloists: soprano Arietha Lockhart, mezzo-soprano Kate Murray, tenor Rick Clement and bass-baritone Jay Champion. Richard Prior, senior lecturer in composition and director of orchestral studies at Emory University, will conduct.

Like the recent concert at Kennesaw State University’s Bailey Performance Center, the event at the Conant PAC will feature a pair of back-to-back performances at 7 p.m. and 9 p.m. because of the venue’s limited total capacity of 511 — considerably fewer than offered by the Bailey’s 620-seat Morgan Hall. 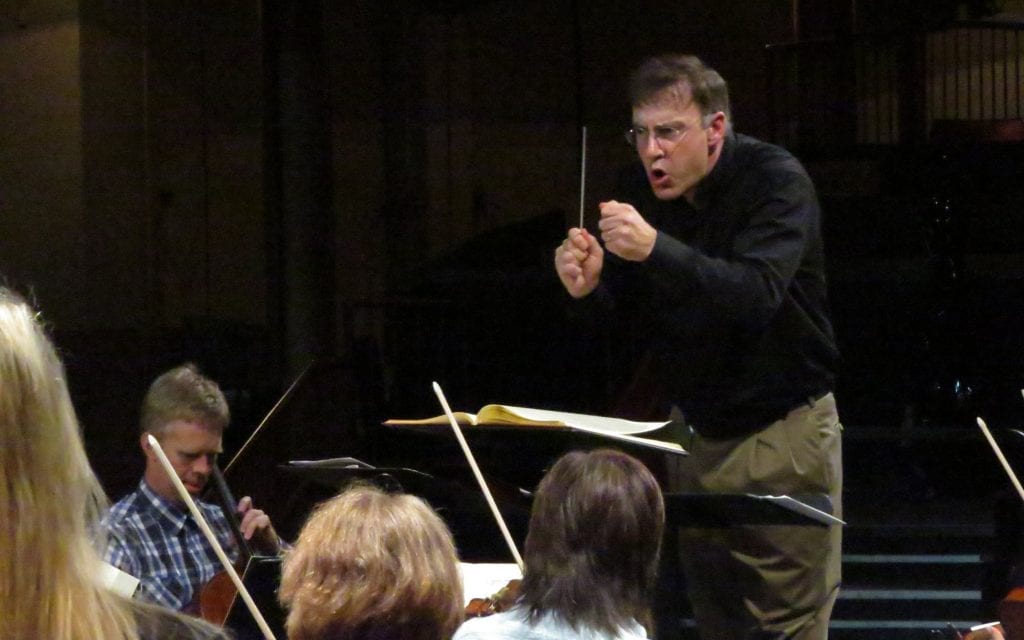 Emory’s Prior will be the guest conductor.

The major difference is that while the Bailey concerts were free, this Friday’s performances at the Conant have general admission tickets of $25, which can be purchased online. A small number of onstage seats are also being offered for $75.

For the concert’s centerpiece, Mozart’s Requiem, there are some 75 singers in the chorus, four vocal soloists, and 30 musicians in the orchestra. A handful of the orchestral musicians are substitutes, filling in for ASO member musicians. That they are even necessary is symptomatic of the direct impact of the lockout, circumstances not readily seen by the general public.

For one, since the lockout began, ASO musicians have been traveling to other major cities such as Denver, Baltimore, Cincinnati, Washington, D.C., Pittsburgh, St. Louis, Minneapolis, Seattle, Boston and New York to perform with those orchestras.

ASO contrabassist Michael Kurth writes about that temporary diaspora in his blog, stating how “the fine orchestras of these (and other) cities have been calling my colleagues to come and play, for a week, or a month, or a season. I know these orchestras (and others) have been calling, because as chair of the Concert Planning Sub-Committee, I’ve been trying to sign my colleagues up to play benefit concerts. And all of them tell me they’re eager to play — if they’re in town. But when your employer refuses to let you work, you do what you must to make ends meet. I don’t begrudge my colleagues a bit.”

Even while organizing these local concerts by ATL Symphony Musicians, Kurth himself has become part of the “Freeway Philharmonic” — those Atlanta-based freelance musicians who regularly travel to play in regional orchestras within Georgia and neighboring states. Last week, Kurth played as a substitute with the symphony in Chattanooga.

Once the concerts at Conant are over, the ATL Symphony Musicians will hardly be done for the month. Next Tuesday, October 14, at Dunwoody United Methodist Church, they will present a single concert with guest solo cellist Matt Haimovitz. He will perform Haydn’s Cello Concerto in C and selected unaccompanied solo cello works. Prior will again conduct and his own composition, “Elegy for Aurora,” will be performed as well. General admission is $25, at the door only, with discounts for seniors and students.