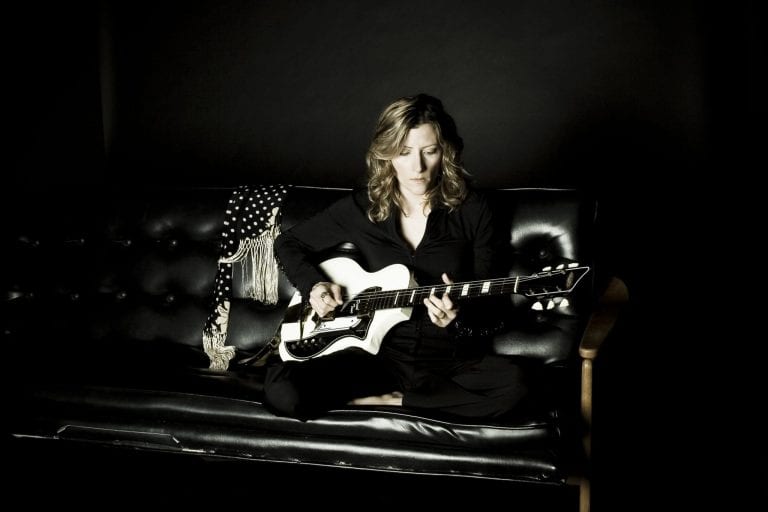 Malone has three Atlanta shows this summer, and tours with the Indigo Girls.

It’s late on a Wednesday afternoon and Michelle Malone is immersed in the modern-day realities of an independent musician. She’s taking a break from packing online orders for her new CD, Stronger Than You Think. She’s also been dealing with promotional items: a coffee tumbler, key chains and koozies.

“I make music, but it seems like I’m becoming a merchandiser,” she says with a laugh. “I guess it’s all part of this umbrella we call music.”

As the Drive-By Truckers’ Patterson Hood once noted, in this age of digital and streaming formats, he doesn’t make his living off his music these days — he makes his living selling T-shirts at concerts.

Malone has combined her undeniable talent with relentless moxie to forge a four-decade career as a musician. She’s often struggled, but she’s never given up. The past year has been one of her brightest: she spent 12 months touring with Sugarland’s Kristian Bush in support of his debut solo album. Now, she’s set to tour this summer on a bill with the Indigo Girls and is about to release a new studio album. 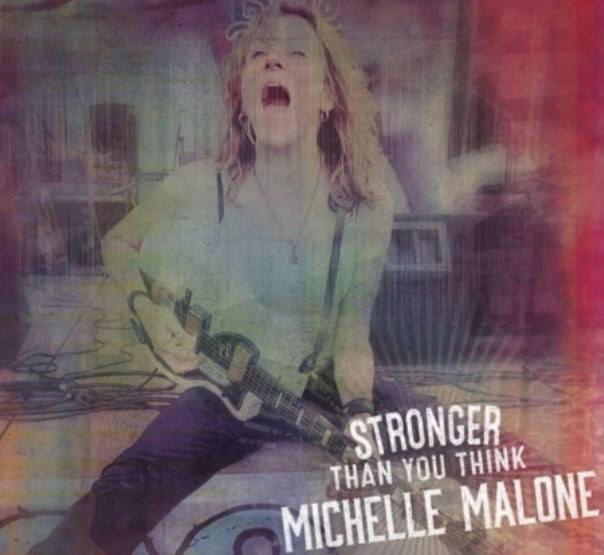 Malone has a sold-out CD-release party Saturday night at her longtime haunt: Eddie’s Attic in Decatur.

The tour with Bush came from one of Malone’s periodic moments of pessimism. “Every Christmas and January I get depressed and worried that I won’t have any work,” she says. “I sent out a couple of emails last year looking for a side project.”

One of those emails reached Brandon Bush, Kristian’s brother and music director. His touring band needed a guitarist and background vocalist, and Malone was brought on board. The tour put her in front of a wide audience and included national television appearances and a jaunt to Australia.

“It was really awesome,” Malone says. “I got to play guitar and mandolin and sing, and someone else was in the spotlight. Kristian is a talented and very pleasant human being, and I had a great time.”

During that time, Malone also managed to record her new album, her third project with producer/drummer Gerry Hansen. One of Malone’s strengths as an artist is that each of her albums explores fresh territory — all anchored by her strong songwriting, aggressive guitar playing and expressive voice. This record, for example, doesn’t rely much on the slide guitar that has been a trademark on recent albums, and instead places more focus on her songwriting.

“Lately, I’ve been super into playing acoustic guitar; it’s my home right now,” Malone says. “This is still a very rocking, upbeat record, but that doesn’t mean it’s in your face. The older I get, the less loud guitar I want in my face.”

Stronger Than You Think is Malone’s 13th album and while one song, “I Don’t Want To Know” — co-written with Indigo Girl Amy Ray — dates back to the 1980s, most were written at the green dining table in her home in Duluth, Georgia.

“When I was writing, I’d wake up and grab a guitar and start writing with my coffee,” she says. “I’d do that before I’d even turn on my phone in the morning.”

Many of the songs are about struggles her friends are confronting. One, for example, “Ramona,” hauntingly details a woman who is taking care of her mother, who is elderly and showing signs of dementia.

“I have so many friends going through hard times, being out of work or having health issues or going through divorce,” Malone says. “I tried to write songs that might fortify them in some way and bring them good energy. There’s so much empowerment in music.”

Since she infamously walked away from a deal with Arista Records three decades ago because they wanted to change her music, Malone has effectively acted as her own record label. Through the years, she has watched the music industry scramble — record sales have plummeted as the formats have evolved from albums to CDs to iTunes to streaming services such as Pandora and Spotify.

For this album, Malone has partnered with a new local company called Loud that has created an app that helps connect artists with their fans. The app enables a fan to turn their friends on to music they like, and if their friends purchase the music, the fan receives 50 percent of the proceeds.

“I really love the concept,” she says. “It puts the control in the hands of people who love your music. I’m going to give fans on Loud six weeks to two months to get the word out to their friends before I put the album on iTunes and the other streaming services.”

In addition to the Eddie’s Attic show, Malone will play June 13 at the Tunes From The Tomb concert at Oakland Cemetery, and she’ll perform an acoustic show with her partner, Trish Land, at the Red Clay Music Foundry on August 22.

In between, she’ll be on the road with the Indigo Girls for much of July. In the end, she’s very aware that the most basic connection with an audience is through a live performance.

“Nothing’s changed for me fundamentally, but my attitude and raison d’être have changed dramatically,” she says.

Her goal is still the same: to stand on stage and take the crowd to a place where they’re reminded of the joy of living. “My hope is that maybe they’ll carry that with them,” she says. “Music has been around forever because it matters. I’m just carrying on that tradition.”