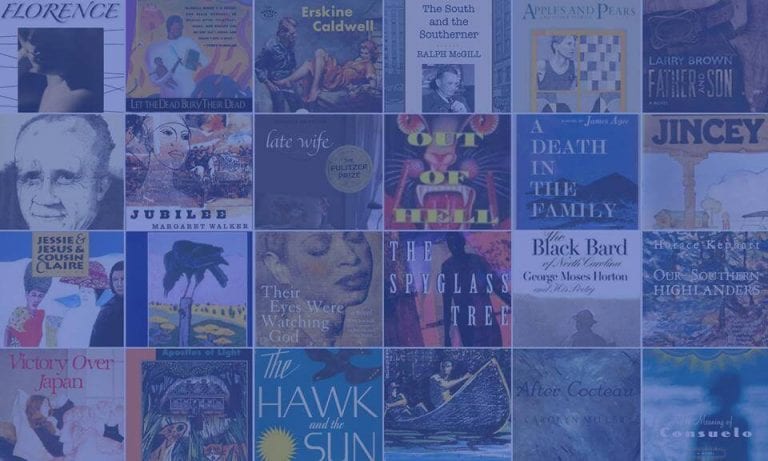 Preview: Lost literary voices will be revived and revered this weekend at GSU

We have our gods in the Southern canon.

We speak their names in high school and university English classes every fall. We have idolized or snickered at their stories and lives. We have embraced or disputed their presence in monolithic anthologies of literature. Nonetheless, we continue to conjure them: William and Flannery. Carson, Harper, Truman and Tennessee.

It is time to speak new names. The forgotten names. Time to conjure other gods of the Southern pantheon.

Revival: Lost Southern Voices Festival provides a look at Southern writers who deserve a broader audience as selected by a series of presenters — some of the most celebrated contemporary Southern writers and scholars publishing today. “Lost” and underrepresented poets, fiction writers and journalists will be remembered through a series of staged readings, panels and a round-table discussion and film screening of Somebody Else, Somewhere Else: The Raymond Andrews Story.

Raymond Andrews, brother of acclaimed visual artist Benny Andrews, grew up in Plainview, Georgia – about 22 miles north of Eatonton, home of Alice Walker and Joel Chandler Harris, and 50 miles away from Flannery O’Connor’s home in Milledgeville. Raymond left home and his hard-scrabble upbringing for life in Atlanta at fifteen years old. There he took up residence at the Butler Street YMCA in what is now known as the Sweet Auburn District, and worked full-time while attending school.

After serving a tour of duty in Korea, he moved to New York City where he began writing his first novel, Appalachee Red. A year later he was awarded the James Baldwin Award for Fiction for his wry and witty portrayals of unsung African-American servicemen living in Georgia after World War II. By the age of 57, he was dead — a suicide by self-inflicted gunshot wound. His papers and those of his brother, Benny, now reside at the Stuart A. Rose Manuscript, Archives, and Rare Book Library at Emory University. For many outside of academic circles, the extraordinary lives of writers like Raymond Andrews are limited to lectures and encounters in the archive.

The brainchild of Georgia State University professors Andy Rogers and Pearl McHaney, Lost Southern Voices will convene for its inaugural year at the Dunwoody Campus of Georgia State University from March 31 to April 1. Like so many good ideas, this one came from a series of informal conversations and, eventually, a party thrown by professor and editor of Muse /A Journal, Gregg Murray. The goal of the festival is to leave attendees “with a long reading list that will tide them over until we do this again next year. The diversity and abundance of Southern literature should make this easy to accomplish,” says Andy Rogers, professor of English at GSU’s Alpharetta Campus.

But far from being a dry academic affair, the conveners of the festival hope to create a space where artists, academics and book lovers alike can come together in the true spirit of an old-school tent revival – but with wine, and an opportunity to purchase books (new and used) by the presenters and the revived southern writers they are celebrating. Some of the top picks for the weekend include:

While registration for the festival is encouraged and the reception carries a ticket price of $15, the festival is free and open to the public. A full schedule of events can be found here.