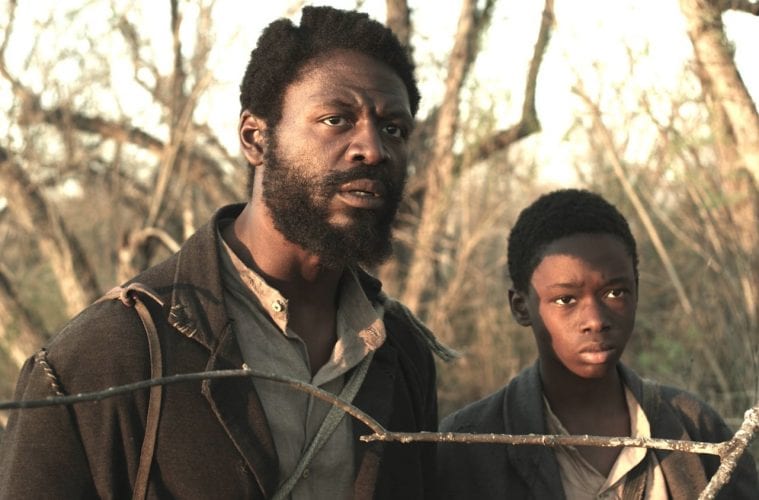 Preview: Local alums team up to make the Civil War come to life in much-lauded “The Retrieval” 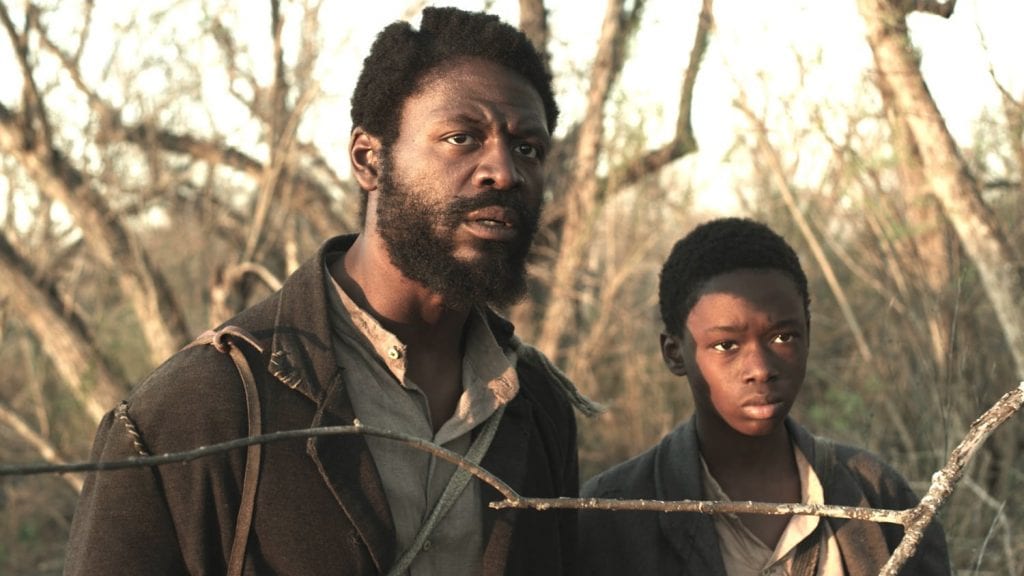 The Retrieval is technically a Texas film. The director’s hometown is Austin. The lead actor lives in Houston. The movie was shot on location in the Lone Star state. But when it came time to decide where to launch the theatrical release, the choice was clear: Atlanta.

For many of the film’s key players, the city played a major role in both their personal and professional development. Executive producer Sibyl Avery Jackson is a Spelman College alumna. Star Tishuan Scott earned a drama degree from Morehouse College in 2002. Lead actress Christine Horn graduated from the Visual and Performing Arts program at Tri-Cities High School. So starting the official rollout of The Retrieval here felt like something of a calling.

“It means a lot to us to be able to come back to Atlanta as a second home,” says Jackson. “It’s an important film market. If we can do well here, we can do well in other parts of the country.”

Written, directed and edited by independent filmmaker Chris Eska, The Retrieval is a coming-of-age story set against the backdrop of post-emancipation America in 1864. The film already won over Atlanta fans at November’s BronzeLens festival, where it took home three awards including best feature. It will begin an exclusive preview engagement this weekend at the Landmark Midtown Art Cinema, including a special talk-back event following the Friday 7:15 p.m. screening.

The story centers on Will (Ashton Sanders), a black 13-year-old orphan who follows his turncoat uncle working for a white bounty hunter to hunt runaway slaves and lure them back to captivity. Threatened with death by the gang’s leader, Will is sent to track down Nate (Scott), a freed slave working as a gravedigger in the North. The two form an emotional bond, and soon Will must decide whether to betray the man who’s become a surrogate father or risk his life by abandoning the mission. 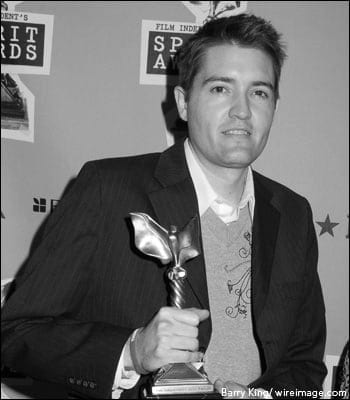 Eska started writing The Retrieval three years ago, inspired by the approaching 150th anniversary of the 1863 Emancipation Proclamation, the federal order that declared all slaves free. “I started thinking about the stories you learn in school about the hardships, heartache and sacrifice of the abolitionist movement to get us to January 1, 1863,” Eska says. “But what happened on January 2?”

While the premise of former slaves working against fellow African Americans has no specific historical basis, the filmmakers say there are allusions to such a practice in slave accounts. In first reading the script for The Retrieval, Jackson says she was struck most by the realization that few films have portrayed this particular angle of the African American experience.

“I became so overwhelmed that I had never once thought about what happened to the millions of children,” Jackson says. “As much as I’ve studied African American history and that time period, I didn’t think about 12- and 13-year-olds walking behind the lines of the Civil War trying to survive. The maternal part of me said, ‘This is a story we have to tell.'”

Scott was similarly moved when he came to the project. “I was magnetized to the script,” he says. “Being African American, we’ve had Roots, we’ve had The Color Purple, but I hadn’t seen anything that specifically looks at America after the Emancipation Proclamation. We have 100 years of history that’s untouched.”

Given the proximity to more recent slavery-themed movies like Django Unchained, Lincoln and 12 Years a Slave, Eska is quick to point out that The Retrieval stands on its own, with a universal appeal for all audiences. “It’s a road movie, it’s a Western, it’s a drama about family,” he says. “People who enjoy independent film don’t get wrapped up pigeonholing.”

Filming on The Retrieval took place in 2011 in Gonzales, Texas, where the cast and crew lived together in a rented Victorian house. In typical independent-film fashion, the production team improvised to create a convincing Civil War landscape, enlisting local re-enactors to provide authentic weaponry and creating period costumes by distressing low-cost pieces from the Gap. 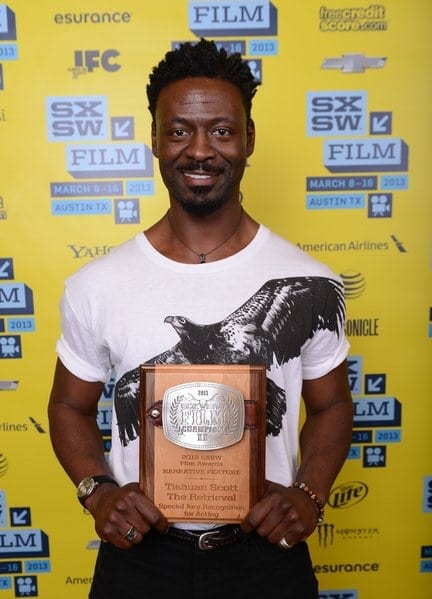 Scott, with his SXSW plaque for acting that also doubles as a belt buckle.

Eska declines to give a specific budget number since the film is still seeking wider distribution, but will say it’s low enough that he has yet to take any income. In giving advice to young filmmakers, Eska emphasizes that success has to be driven by passion and not a paycheck.

“Don’t wait around for the money,” he says. “Just go and make the film you can with the money you have, and give your all. Don’t worry about making it professional, just worry about trying to say something.”

Critics and audiences certainly seem ready to hear what Eska has to say. The Retrieval comes to Atlanta after a successful year-long run on the festival circuit, collecting 17 awards at events across 30 states and 15 countries. The role of Nate stands to be a breakout for Scott, who took home the 2013 Special Jury Prize for Acting at Austin’s South by Southwest — an award bestowed on a plaque that features a removable belt buckle that Scott carried with him for our interview.

Over this past weekend at a private screening held at the Atlanta Cyclorama & Civil War Museum, Scott got an even more important endorsement: a thumbs up from the president of Morehouse, Dr. John Wilson. “He’s a brilliant actor,” Wilson said. “I want to have [this movie] at Morehouse. I want to screen it for kids. At Morehouse, the discussion will play on. This will provoke a lot of conversation.”

Scott believes there’s no better city to start that dialogue, both within the African American community and beyond. “To be in Atlanta, a city with so much history and so much African American history, this is a great market to keep the conversation alive so we cannot make the same mistakes.”