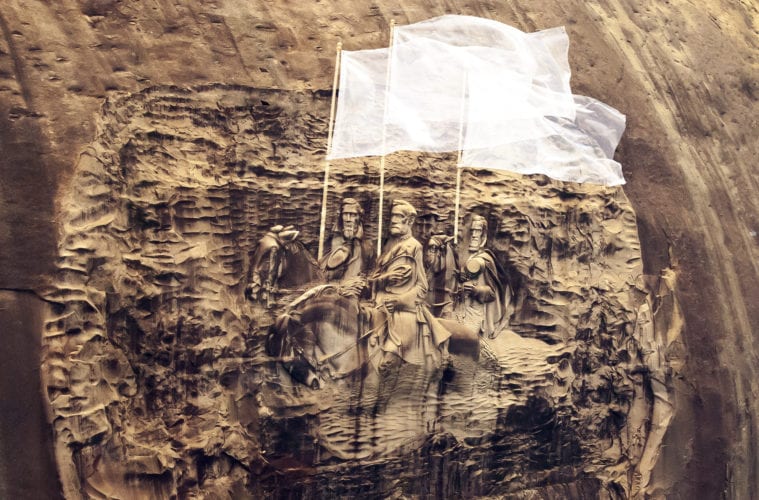 Artist Lisa Tuttle is known for lens-based interdisciplinary work that mixes mediums to create conceptual and often poetic pieces. In Mock Proposal at Poem 88 beginning Saturday (reception 5–7:30 p.m.), she offers corrections for Confederate monuments. The exhibition runs through March 30 at the Atlanta gallery. 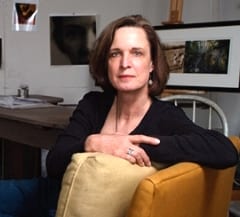 In this, her first solo show at Poem 88, she steers monuments — the Stone Mountain carving, the Gen. John Brown Gordon statue at the Georgia Capitol and the Lt. Gen. Nathan Bedford Forrest statue in Nashville — toward a historical accuracy. For more than 30 years, Tuttle has been a curator, artist, writer, arts administrator and educator in Atlanta. The project began as a hypothetical proposal, she says, “but the more I work on it, the more I think that it is completely feasible. ‘Mock’ can also imply ridicule, and that is not my intention. A bit tongue-in-cheeky perhaps but increasingly a serious, alternative albeit subversive proposal.”

Civil War memorials weren’t always built with the full support of the community in which they exist. Gordon, for example, was a Ku Klux Klan leader who later became Georgia’s governor and a U.S. Senator. Forrest, considered one of the most polarizing figures of the Civil War era, was a KKK organizer and eventual grand wizard.

“Such monuments raise questions,” Robin Bernat says in her curator’s statement. “For whom are they speaking? Who do they serve? Do they serve one community at the spiritual expense of another? Mock Proposal is especially timely as cities and states across the country remove, rethink and/or dismantle such Civil War memorials.”

“Lisa Tuttle’s images that correct these memorials through the inclusion of a white flag of surrender is a positive step in tending to this communal wound,” Poem 88 owner/curator Robin Bernat said in a statement. “While we are not responsible for ‘the sins of our fathers,’ there still exists a moral imperative to address these sins. They are our inheritance, so we must speak out.” 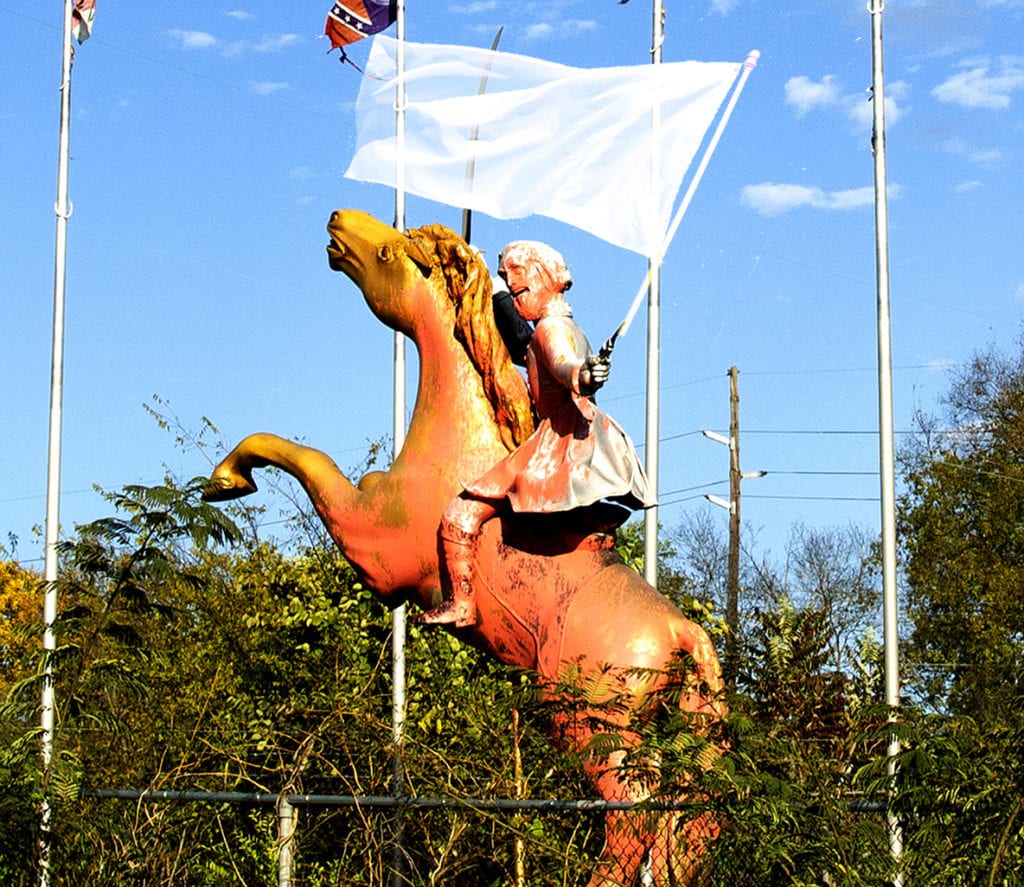 Mock Proposal visitors also will see a maquette installation for New Orleans’ Lee Circle, where a statue of Confederate Gen. Robert E. Lee stood until its removal in 2017.

Mock Proposal is the next chapter in Tuttle’s Postcolonial Karma series, which includes artwork, exhibitions and projects that explore the relationship of European and non-European cultures in the American South, Belgium and South Africa.