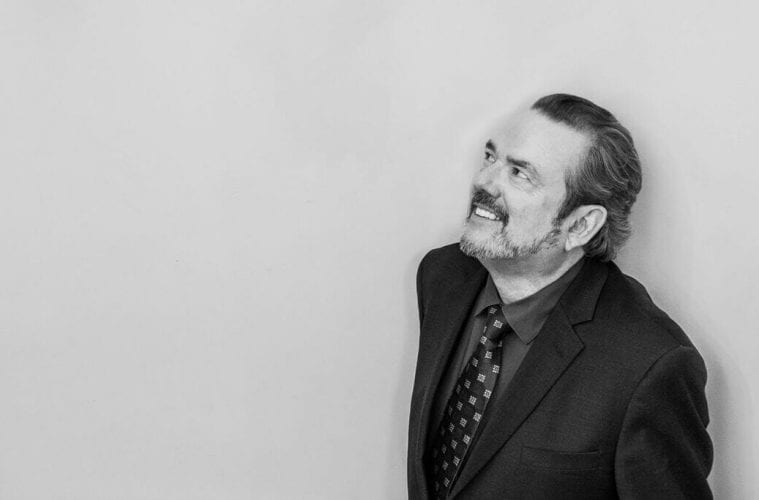 After more than 50 years in the music business, you’d think that the celebrated singer/songwriter Jimmy Webb would be ready to rest on his laurels as one of the great American songwriters of the post-World War II generation. “By the Time I Get to Phoenix,” “Witchita Lineman,” “Up, Up and Away,” “Galveston,” “MacArthur Park,” “The Moon is a Harsh Mistress,” “Highwayman” and “Didn’t We?” are just a few of the classic tunes from his deep repertoire. And the musicians who have performed his songs read like a Who’s Who of popular music: Frank Sinatra, Nina Simone, Glen Campbell, Waylon Jennings, Barbra Streisand, Nick Cave and the Bad Seeds, Donna Summer, Brian Wilson and hundreds more.

Yet Webb continues to compose songs, record albums and tour with as many as 50 or more dates a year because he loves doing it and because it is part of an ingrained work ethnic that he learned at an early age as the son of a Baptist preacher in Oklahoma. Webb is also a gifted writer of prose. Tunesmith: Inside the Art of Songwriting, published in 1999, has become the go-to primer for aspiring songwriters with its instructive approach to writing music and the creative process. But his new book, The Cake and the Rain, is something else entirely. A candid memoir that mostly focuses on Webb’s career between the years of 1955 and 1973 with some brief detours into his family’s history, the book dispenses with the usual linear narrative approach to biography and opts instead for a more engaging trajectory, jumping back and forth in time to capture key events and memories.

Webb will be appearing at The Carter Center on Wednesday at 7 p.m. to read, discuss and answer questions about The Cake and the Rain, and Thursday evening, he will perform at Eddie’s Attic in Decatur.

Webb has always been a big fan of autobiographies, citing memoirs by Ava Gardner, Joseph Conrad and Winston Churchill as personal favorites. But he wanted to take a different approach in telling his own story. “If it’s a linear biography and occurs in a chronological sequence it has a way of bogging down,” Webb said in a phone interview. “I like the way film directors work in flashback because it adds a texture of mystery to what is otherwise a straightforward, linear accounting of events. So that was a device that I consciously adopted and adapted to my story.”

The difference between Webb’s early years in Oklahoma and his rise as a major songwriter before he was even 25 also provides a framework for startling contrasts. “I took advantage of the fact that my beginnings were quite humble,” he said. “My father was making a hundred dollars a week as a Baptist preacher. We were living in West Texas. We were living in house trailers. We were making our own toys, creating our own games as children to crack the boredom of a church life. So I consciously went from that very agrarian, non-eventful life and interspersed moments of complete manic chaos from the late sixties when my life was taking off in several different directions for me at the same time.”

The real challenge for Webb, however, was how to condense the important events and experiences of his life into a compact memoir that was under 300 pages. “I have to tell you that I overwrote the book like crazy,” he said. “I wrote like 300,000 words. And then I cherry-picked incidents.”

The Cake and the Rain is chock-full of fascinating anecdotes and stories, just like Webb’s live performances that reveal the stories behind the songs. In the case of “Didn’t We?” Webb composed the melody and lyrics in his head while driving to Newport Beach to meet some friends. When he arrived, he walked straight to the piano in the house and played the song in its entirety to everyone’s amazement. “You always hear writers talking about channeling songs, or waking up in the middle of the night and writing a song,” he said. “But mostly I’ve found it to be extremely grueling and basically hard work. That’s one time when it flowed out of me like an epiphany. I don’t know what cloud I was on that day but I wish I could do that all the time.”

Webb’s approach to songwriting is typically more structured and rigorous. He often begins with chord progressions as a building block, and he also keeps a notebook handy in case a moment of lyrical inspiration hits when he’s not at the piano.

“I have stacks of notebooks full of lyrics,” he said. “Some are finished, some are half finished, some are just titles. For me it’s always a confluence of all those elements with a lot of rewriting, and sometimes wadding the whole thing into a ball and throwing it into a trashcan is the best solution actually.”

Webb was lucky enough to work in the music industry at a time when many record executives truly cared about the music and were actual fans of their artists. This was particularly true of his time at Warner Brothers. “They were a great label with artists like Randy Newman, Little Feat, Van Dyke Parks, Leon Russell,” he said. “I was so grateful for that because they were actually like philanthropists in allowing me to be a loss leader in creating a singer/songwriter career for myself.” Among all of the songs in Webb’s oeuvre, “MacArthur Park” had a significant impact on the music industry in 1968 due to its unorthodox length: 7:21 minutes. At the time, most radio stations wouldn’t play singles that ran longer than three or four minutes. But the song, recorded by actor Richard Harris, broke on 93 KHJ in Los Angeles and became an unexpected hit. Not only did Harris’ version win a Grammy award for Webb for Best Arrangement, a country version by Waylon Jennings in 1969 received a Grammy for Best Country Performance by a Duo or Group. And a disco version by Donna Summer hit No. 1 in 1978 and also was nominated for a Grammy.

“MacArthur Park” has since been covered by more than 100 artists, but Webb admits that one of the funniest versions was Don Novello recording “MacArthur Park” in character as Father Guido Sarducci. He performed it on Saturday Night Live in a very thick Italian accent. “It had the orchestra and everything and at the end he’s shrieking “Oh Nooooo” as he’s being pushed offstage by a tidal wave of green icing,” Webb said. “I got a big laugh out of that. And Weird Al Yankovic did a parody called ‘Jurassic Park.’ That was funny.”

As for the most unusual cover of a Jimmy Webb song, the songwriter said that Isaac Hayes’ version of “By the Time I Get to Phoenix,” which stretched out for nearly 19 minutes, was a shocker. “I was listening to it and I was thinking, when’s the friggin’ song gonna start?” Web said. “He goes through this whole soliloquy. Anybody who’s heard it, you just kind of wonder what’s going on. I would have to rank it up there near the top as completely unexpected. But I loved Isaac and loved his voice.”

Webb’s own interpretations of his songs are often quite different from the more famous versions, and listeners might even end up preferring some of them to the famous covers. But Webb is a realist and likes to issue this statement prior to his live shows. “I have my Oklahoma guarantee which is: if you’re not happy with the show, I’ll give you your money back,” Webb said. “I work hard on stage and I try to be amusing. There’s a lot of laughter in our show. I find that people really like hearing the stories about what happened in the background while some of these things were being created. So my show includes stories about Glen Campbell, Mr. Sinatra, Artie Garfunkel. I’ve been fortunate to work with some of the greatest singers in the world.”