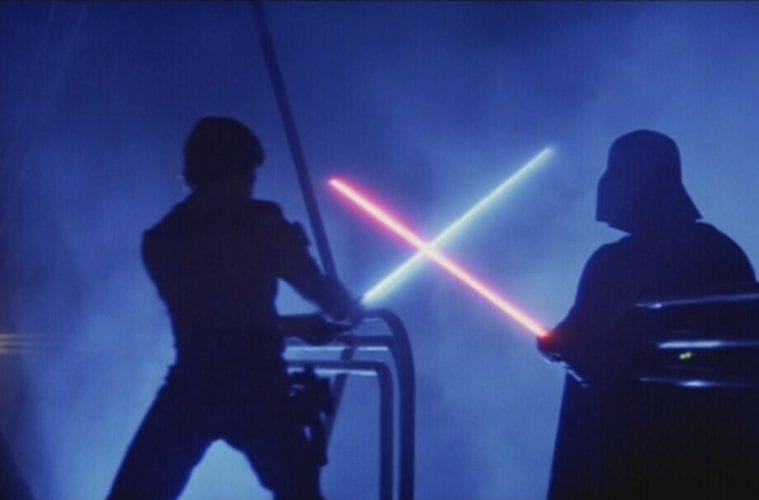 He’s a four-time Oscar nominee — and responsible for some of the most successful films of all time. Yet even Lawrence Kasdan had problems getting his first screenplay accepted. Once he did, it began a career that has taken him to the apex of Hollywood.

Kasdan will accept the first Icon Award for Contributions to the Cinematic Arts from the Atlanta Jewish Film Festival and ArtsATL on Sunday, May 22, at 7 p.m. at the Woodruff Arts Center’s Rich Auditorium. The evening will feature film clips, tributes by some of his colleagues and a Q&A session led by ArtsATL co-founder Catherine Fox, followed by a VIP reception. Kasdan is now at work with his son on a Han Solo film project.

It’s an award that means a lot to the veteran writer, director and producer. “You’re always amazed when you get honored,” Kasdan said. “You do your work for a long time and you hope that it does what it’s supposed to do — communicate to people, move them and entertain them. Occasionally someone says ‘You do good work and we would like to note it’ and it’s a surprise.”

A lot has changed in the industry since Kasdan became prolific in the 1980s. Making his brand of character-driven movies isn’t as easy these days. “The movies that studios are ready to make have become narrower and narrower in their parameters,” he says. “So a lot of the kinds of movies I have made for 30 or 40 years, we have a difficult time getting them made in the studio system. That’s where I have worked most of my time. They can still be made in independent film, or be seen on television or Netflix or Amazon, but people are not going to the movies much anymore to see that kind of adult entertainment. Movies have become more about big blockbusters.”

He wrote The Bodyguard in 1975 as he worked at an advertising agency and was able to get an agent through the strength of that script. It took 67 cracks over a two-year span, though, to find interest and well over a decade for it to come to the screen with Kevin Costner and Whitney Houston.

Things happened rapidly after Kasdan landed an agent. His next script after The Bodyguard was a historical drama that no one thought could get made. Frustrated, he went to a museum to brainstorm ideas for a new script. “I told myself I was going to think of a story that wasn’t so expensive and wasn’t hard to understand, and I came up with Continental Divide,” he says. “I had always liked (anthropologist) Jane Goodall and (Chicago newspaper columnist) Mike Royko. I thought, what if these two people met and had to deal with each other’s environment? What kind of love story would this be? I had it all in my head after that lunch hour.”

Steven Spielberg liked it — and bought it. The script would eventually become an acclaimed romantic comedy with John Belushi and Blair Brown. But before that happened, Kasdan found himself writing the script for Raiders of the Lost Ark. His work with Spielberg led to a meeting with George Lucas, who asked the scriptwriter to pen Star Wars Episode V: The Empire Strikes Back, which turned out to be Kasdan’s first produced screenplay. He wrote the screenplay for the next installment as well, Star Wars Episode VI: Return of the Jedi. “For a year and a half, I worked on those Lucas projects,” he says. “I was getting all these offers to write. I turned them down because I wanted to direct.”

His first time behind the camera was the 1981 hit Body Heat with William Hurt and Kathleen Turner, which he also wrote. Paste magazine recently called it “one of the sexiest movies ever to grace the big screen” and placed it among the Top 50 film noirs of all time. The film’s red-hot “heat” was sparked by Turner, then an unknown actress. The part launched her into the big leagues. “When she came in to audition, that was the first time I had laid eyes on her,” Kasdan says. “I was not that familiar with her. She had done a bit of television, some soap opera. Never done a movie. She was just beginning. I was seeing a million women for it and a lot of guys. She was a revelation. She sounded like Lauren Bacall. I am proud of that movie.”

Body Heat had the same effect on Kasdan’s own career. He became the hottest name in Hollywood and everyone in the industry, it seemed, wanted to have him write and direct for them. As it turns out, for his next project he had an idea for an ensemble comedy. He wanted a friend, Barbara Benedek, to write it with him, knowing it would be about a group of men and women his age. She came on, and The Big Chill was on its way.

Kasden’s previous studio, the Ladd Company, had gone bankrupt and he was without a home but was able to make the film with Columbia Pictures. It was hard, however. “It wasn’t because people didn’t want to work with me,” he says. “They didn’t understand what the movie was, how you could have seven protagonists. That was unusual in a movie, but I was able to find a sympathetic producer and we were able to make it. It had a big effect on me and everyone else.” The Big Chill became an iconic film of a generation.

Last year, he returned to the Star Wars franchise and co-wrote the screenplay for Star Wars Episode VII: The Force Awakens, which quickly became the highest-grossing film of all time. Working on it with J.J. Abrams, he didn’t feel any pressure to return the series to its early acclaim. “Neither of us were too worried about pleasing the purists,” he says. “We knew we had to make a movie that was satisfying and good fun. That was our only goal — and everything else would fall into place. It was one of the best experiences I have ever had.”

He has also written the upcoming and still untitled Han Solo film with his son Jon. “It was interesting; I am glad we did it,” Kasdan says. “Every time you collaborate is difficult because writing is hard. There were really wonderful moments. He is very gifted. It was a vigorous collaboration. Jon is directing an episode of a Cameron Crowe series for Showtime (Roadies), and has written and directed two really good movies. He was very far along before we ever started this.”

Kasdan has declared that the Han Solo project — due in 2018 — will be his last Star Wars gig. “I want to get back in directing,” he says. “Those movies take three years to do and there’s so many effects in them; that’s just not what I am interested in. I have written four Star Wars movies and that is plenty for anyone.”

Although his oeuvre is large, he has no favorites. “You give a year or two to all of these movies,” he says. “You get into it and do the very best you can. You give all you’ve got. Some are received into the world in a positive way and sometimes they struggle into the world, but that doesn’t mean your affection for them changes.”

For Kasdan, writing remains the same, including the struggle to get started every day. “Writing is exhausting,” he says. “Writing is daunting. There’s a natural inclination to avoid it. When you get going, you feel good. What is fun is to have it written, but the starting is a problem. That has never changed — in 40 years.”