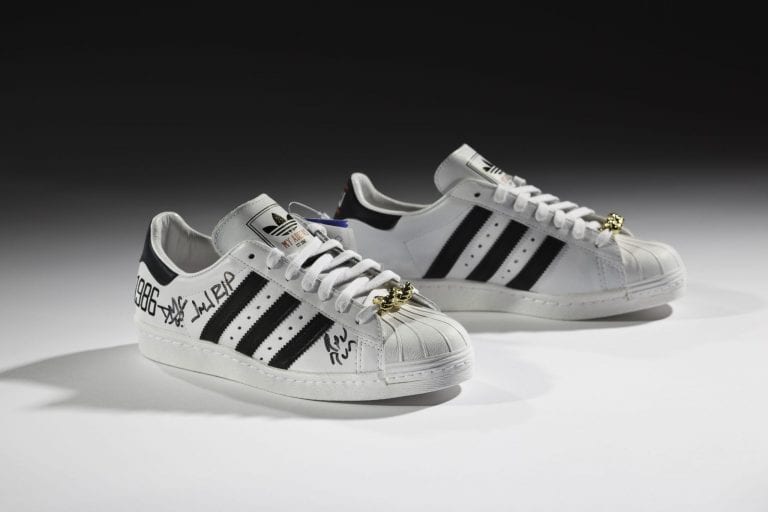 Preview: Get your kicks with “The Rise of Sneaker Culture,” the exhibit that Atlanta needed

One Saturday back in March, at Little Five Points clothing store Wish, I tried on my first pair of sneakers that cost more than $50. The Fenty Puma was designed by R&B-pop superstar Rihanna, which was one of her first tasks as Puma’s new creative director. It looked like the sneaker version of the combat boots I wore that day. “Uh oh,” I muttered when I saw my reflection. This was me reckoning with the price tag: $180 and my first brush with a cultural phenomenon so prominent that it is now being examined in a museum exhibition. The Rise of Sneaker Culture shows how the once-humble sneaker has evolved from being purely utilitarian to, at times, a statement piece. Atlanta, while not central to this origin story, does play a part. And those who see the exhibition at the High, starting June 11, won’t have to travel outside the perimeter to see what is in store for the future.

Luk has done two vector art series inspired by sneakers, Shoebox and #MagicalKicks. To date, he has about a hundred pairs of sneakers. (“I try to keep it at about a hundred pairs,” he says. “If I buy new stuff, I’ll get rid of old stuff, either give it away to family or a friend.”) To him, sneakers can be wearable art that tells a story. With natural wear, the black body of the Air Jordan 12 Retro Wings reveals a gold wings print — this striking homage to an iconic Michael Jordan poster. Luk says he has stores like Westside’s A Ma Maniére if he wants to add to his collection. To keep up with release dates, he can check in with the Atlanta-based TheShoeGame.com.

“I think Atlanta sneaker culture is popping off. I think it’s underrated, too,” Luk says, adding, “We have a lot of product here, and we have a lot of talent and influence in Atlanta, in sneakers and hip-hop — that’s still going together.”

If there is one city that should be central to the exhibition’s narrative, it is New York, home to both street basketball and hip-hop. Take Run-DMC, who single-handedly made Adidas fashionable. The hip-hop trio wore leather, gold chains and Superstars, a tough look to match its heavy metal-sampling new school rap. With its 1986 hit “My Adidas,” Run-DMC’s shoes even had an anthem. Once, Run-DMC performed at Madison Square Garden to a crowd of 40,000. When “My Adidas” came on, every single person there held up their Superstars in response. Such mass appeal is how this Queens, New York trio became the first musical artists to sign a sneaker endorsement deal.

Atlanta doesn’t have a sneaker attached to its identity, like New York’s Air Force 1’s. But to Luk’s point, local sneaker culture is developed enough to where one can actually sense a generation gap — discernible differences between what’s old school and new school, like in hip-hop — just by shopping in town.

The no-nonsense Walter’s Clothing is of the former. This downtown store has been open for 63 years, though it became a landmark once Atlanta’s hip-hop scene gained mainstream attention. Its floor-to-ceiling shelves of sneakers were featured in Jermaine Dupri and Ludacris’ 2001 “Welcome to Atlanta” video. Above the registers is a red street sign created by artist Jay Shells, with Jeezy lyrics printed on it: “Bad habits, I’m at Walter’s every week / 50 pair of new Nike Airs ain’t cheap,” it reads.

“There’s just so many hip-hop artists and R&B artists that came from the city, it put [Atlanta] on [the map] as the music mecca — and that drove the whole sneaker culture,” says Walter’s manager Patrick Morrison, who has worked there for more than 30 years.

Wish’s high-profile clientele trends younger, like  Metro Boomin, who at 22 is the youngest producer credited on Kanye West’s new album The Life of Pablo. Speaking of ‘Ye: Among the priciest items on display are from West’s debut fashion line, a collaboration with Adidas. (One pair of sweatpants costs $585.) For every pair of Stan Smiths in stock, newer boutiques like Wish, Epitome and A Ma Maniére also strive to be at the cutting edge of fashion, if not influence what’s next. Last fall, Wish teamed with Vans Vault to create two leather sneakers, a wine-colored high-top and an olive slip-on. This was one of several collaborations that Wish has done since opening in 2006.

“Atlanta has a big skate culture, and it’s continued to grow. But for us the slip-on had never been a popular shoe,” says Wish buyer Pat Diaz. “We decided to do a design and attach our name to it, and it was received really well. Now people come in for regular slip-ons, and they love it.”

I had talked to Diaz and Julie Hogg, director of sales and operations, at Wish’s offices next door to the store. The first thing they noticed about me was my sneakers — that pair of Fenty Pumas. After trying them on at the store, I had taken them off and abandoned them on the floor, telling myself that spending nearly $200 on sneakers was silly. Yet maybe 10 minutes later, I picked them back up and paid for them. This pair was the last one, and of a limited release, in my size. But even if it wasn’t, I would have bought them anyway. Atlanta summers can get too hot for combat boots.

On my way out of Wish’s office, Hogg points to Puma sneakers that are about to be photographed. They were the latest versions of Rihanna’s bestselling Creepers, this time in all white, moss green and black suede. Hogg tells me that they hit shelves May 26. But I already knew that.