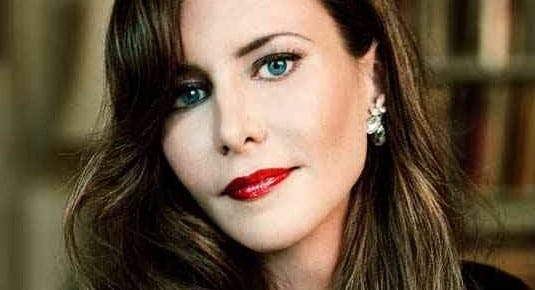 Karen Abbott’s keen eye for discovering diverting stories in the dust of history is on full display in her latest book Liar, Temptress, Soldier, Spy. Wars are fought (mainly) by men, but Abbott’s exploration of four women during the Civil War argues that women can be just as instrumental in influencing the outcomes of battles. Abbott’s portrayal of Rose O’Neal Greenhow, Belle Boyd, Emma Edmonds and Elizabeth Van Lew revise our accepted view of women during this period.

Historical portraits of the Civil War such as Gone With the Wind depict women as passive actors on the sidelines of decisive battles. But in Abbott’s book, women are central players. Rose O’Neal Greenhow, a spy for the Confederacy, discovered privileged information that aided the South in the battle at Manassas. Emma Edmonds, dressed as Union soldier Frank Thompson, fought in the battle, assisted as a medic and crossed enemy lines to spy on Confederate troops. Belle Boyd, the Southern flirt, shot a Union soldier in her home and provided intelligence about the Northern army to her idol, Confederate General Stonewall Jackson. Elizabeth Van Lew, a wealthy Union sympathizer, used her money and influence to smuggle information and Union prisoners-of-war out of Richmond. Her black maid Mary Bowser spied on the Confederate President Jefferson Davis while working in his home as a housekeeper.

Divided into segments that align with each year of the war and beyond, Abbott tells the narrative of the Civil War through the adventures of these real-life women. The military history takes second seat to the women’s activities, but Abbott fills in enough to allow readers to follow the main events. Although the women often geographically overlap and Belle Boyd and Rose O’Neal Greenhow meet one time, there is little direct crossing of their stories. Taken as a group, though, their experiences illuminate what it would have been like for intelligent women who refused to be quieted as they fought in the Civil War.

Abbott will speak at the Margaret Mitchell House at 7 p.m. on September 17.

ArtsATL: How did you choose Belle Boyd, Elizabeth Van Lew, Rose Greenhow and Emma Edmonds to explore in your book?

Karen Abbott: I didn’t know much about the Civil War, but once I decided that there might be some untold stories there, I dug in. My mind always goes to, “What were the women doing?” And not just any women, but what were the bad women doing, the defiant women?

I wanted to find four women, two for the North, two for the South, who were coming at the war with different motivations, backgrounds, personalities and methods of operation. Also, like a big puzzle piece, I wanted to find women whose behavior would interconnect: one woman’s behavior would impact another woman’s circumstance. For example, Rose O’Neal Greenhow was spying on the Army of the Potomac at the same time that Emma Edmonds, aka Frank Thompson, was enlisted in the same army. These connections allowed for a more seamless narrative and enabled me to tell the story of the Civil War in a way that hadn’t been done before.

ArtsATL: You incorporate narrative strategies usually associated with fiction — suspense, character development — in your work. Why do you choose to tell these stories as history, rather than fictionalizing them?

Abbott: I always find that when the truth is better than fiction, as it often is, why write fiction? I don’t think you could have made up Belle Boyd in a novel. She’s so out there, a Civil War girl gone wild.

That’s not to say that you can’t borrow from fiction. The trick is doing nonfiction that hopefully reads like fiction. It is all in the details. You can’t try to be funny or poignant or scary. You have to gather the details and let the details do that for you. Luckily for these four women, and this was another reason why I picked these four, is that there is a lot of primary source material. They had all written extensively about their thoughts, feelings and what they were doing at the time. I wanted to use their own thought processes as much as possible to make them real characters, rather than presenting them in an academic context.

For me, the trick is to maintain the integrity of the fact and the true story while allowing yourself to tell it in a way that represents how they lived it. I wanted the danger they were in to get across. This wasn’t Scarlett O’Hara flouncing around in hoop skirts. This was a dirty, bloody, messy, devastating war for these women. Abbott: The research was my favorite part. I read a lot of books and source material. I had so much fun gathering these details, but I had to teach myself to research and write at the same time so that I would know which details were relevant. It’s easy to waste a month going off on a tangent that might be fascinating to you but ultimately may not even make it into a line of your book.

Beyond the written research, though, it’s important for me to make a visceral connection with my subject. I’ll never forget going down to the National Archives where the Rose O’Neal Greenhow papers are. I found a little scrap of black silk that Rose used to wrap a message to put in her messenger’s hair before the first battle of Manassas. This piece of fabric held information that the Confederates used to win the first major land battle of the Civil War. I held this bit of silk in my hands and waited for the archivist guards to come over. I was sure I was going to be kicked out!

ArtsATL: There have been other books recently published (Erin Lindsay McCabe’s I Shall Be Near to You and Laird Hunt’s Neverhome) that portray women dressing as men to fight, as your subject Emma Edmonds does, in the Union Army. Why do you think there has been a recent interest in this new angle on the Civil War?

Abbott: There are questions today more so than ever before about gender fluidity. There are some high-profile transgendered people in the news now, and I think that this is the next frontier in Civil Rights. These women who fought in the Civil War were the pioneers. Here’s Emma Edmonds doing this well before anyone was comfortable proclaiming it publicly.

Also, women in the military have gotten more focus. We just had two women cadets pass the test to become Rangers, and charted a new frontier in the battle for women to fight with men at a higher level. Today, women can actually participate in combat, and we think this is progressive. Then we discover that women were participating in combat, clandestinely of course, 150 years ago. It’s the old adage of history repeating itself, but we’re able to take a look at these matters and subjects with new eyes and new understandings.

ArtsATL: Your books focus on women who, because of their wild behavior, operate on the fringe of polite society. What draws you to these historical characters?

Abbott: I think the short answer to this is that I went to Catholic school for 16 years. You can imagine what 16 years of Catholic school might do to a girl’s sense of being as she’s forced to be proper. I was a good Catholic girl for a long time, and I guess these are the lives I wish I could have lived. Writing about them is the second best thing.

ArtsATL: When did you decide that you wanted to write history?

Abbott: It was a passing story from my grandmother. She told me that her mother and her mother’s sister immigrated to Pennsylvania in 1905. The sister went to Chicago and was never heard from again. I was always intrigued and awed by this family lore and began to look into what was going on in Chicago in 1905.

I never really expected to find out what happened to my lost ancestor, but I was curious about the circumstances at that time. I came across news clippings about Marshall Field, Jr., the son of the department store magnate, getting shot. I read further and discovered that the rumor was he had been shot at this world-famous brothel called the Everleigh Club. It was run by two mysterious Southern sisters who catered to dignitaries and celebrities from all over the world. The club’s name might have also been the origin of the phrase “to get laid.”

Suddenly, I forgot about my missing ancestor and was much more interested in these two sisters and the world they created. That was my first book, Sin in the Second City, and that’s how I got really hooked on history.

Abbott: I think vital. I don’t think any writer would be able to do anything, especially go through the publishing process, without people who have been there and who can talk you off the ledge at various intervals, as Sara and Joshilyn have done for me many times. My one piece of advice to aspiring writers: Surround yourself with people who are better than you, who you can learn from. Joshilyn and Sara are not only two of my dearest friends but two of my favorite writers. I think they’re both brilliant. I’m lucky to know them and be able to benefit from their wisdom and talent.