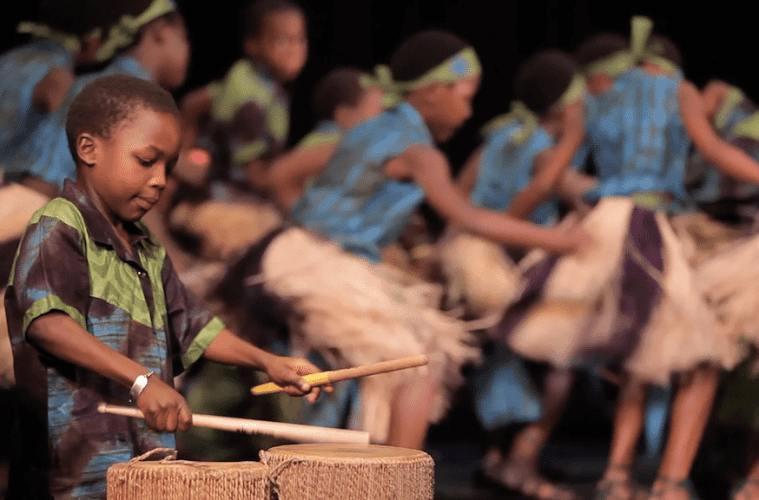 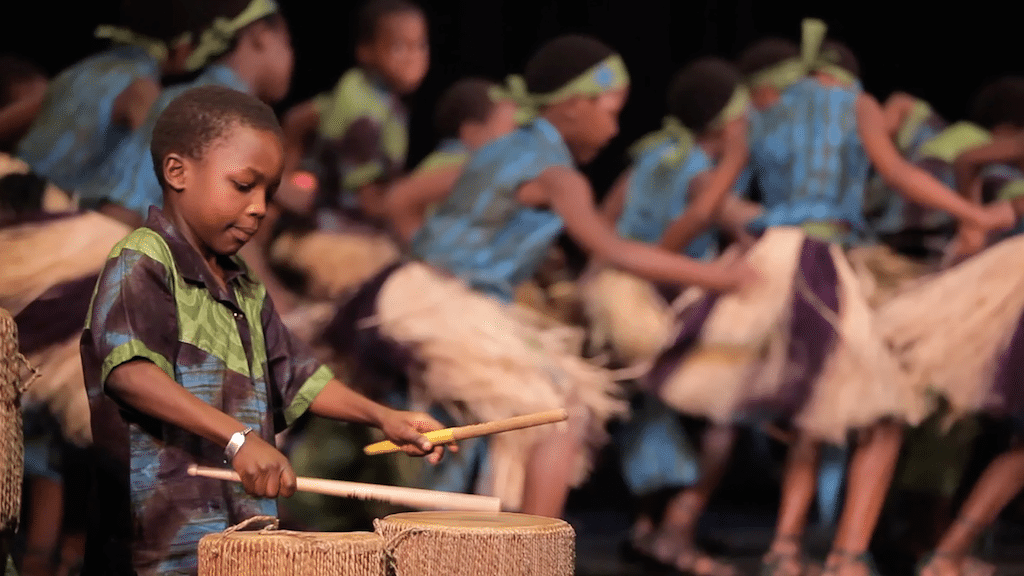 The Imba Means Sing documentary has had substantial success at film festivals and has just picked up a distribution deal.

Imba Means Sing, an independent documentary feature that chronicles a U.S. tour by the African Children’s Choir, with a focus on three Ugandan children — Angel, Moses and Nina — who get the once-in-a-lifetime opportunity to put themselves through college by participating in the performance and fundraising tour. Imba Means Sing unabashedly embraces the children’s journey and advocates for them: The closing credits include a link to donate as an appeal to support the choir.

Helmed by a team of Atlantans — Director Danielle Bernstein, Producer Erin Bernhardt, Director of Photography Jason Maris — the film, which premiered locally at the Atlanta Film Festival in May, and has since had a handful of screenings in the region, will be part of a special Atlanta Celebrates Photography event Thursday at Gallery L1 at 6 p.m.

The film will be presented alongside two photo exhibits,“Education of the Negro: a photographic study” by Dr. Horace Mann Bond and “Proving Grounds” by Jason Maris, who shot Imba Means Sing.

ArtsATL caught up with the team in advance of the screening to discuss the movie, it’s cutting edge release strategy, the aesthetic difference between documenting life with stills and movies, and the ethical challenges of filming children. 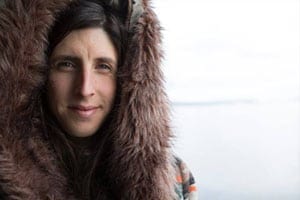 ArtsATL: With your first film, When Clouds Clear, you documented the struggle to preserve village life in Ecuador from mining interests. Now, with Imba Means Sing, you chronicle the lives of children from Uganda. How does a Lovett School graduate from Atlanta find such worldly topics?

Danielle Bernstein: My parents traveled a lot for my father’s work and often took us with them. We also made an effort to travel with family every year. So I am sure that influenced my world view.

Lovett owns a large tract of the rainforest in Intag Ecuador, called Siempre Verde. I remember doing can drives to raise money to buy it when I was a young student, so I first learned about Ecuador through Lovett and the summer programs they offered.

In the process of editing When Clouds Clear, we decided to have the narrator be a 10-year-old kid, Robinson Piedra Cultid. Creatively, I felt like we could have pushed his voice to the forefront of the story, so when the opportunity to work with kids arose I was eager to try directing a film led by children’s voices and perspectives.

My interest in education arose in Ecuador because that is why most families ended up “pro” mining. The companies offered their children money for an education and it was very hard to blame any family for choosing their children’s education over their plot of land. 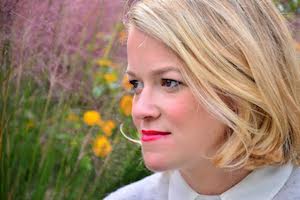 ArtsATL: You call yourself “creative activists.” How do you balance journalism with activism?

For me, it doesn’t just end on shining light. I have a burning fire inside my heart and mind that we can take the awareness of new truths to also inspire action. We did not only make Imba to have a beautiful piece of art. We were working incredibly hard for it to be a beautiful piece of art, and equally hard for it to serve as a call to action. Education is a human right that an estimated 60 million children do not have access to. We’ve personally witnessed the incredible power of music to uplift and build resilience.

My goal as a journalist, a filmmaker and a creative is to use this art to get people off the couch watching, and in their communities and world doing. Imba includes a call to action at the end of the film as the credits role. We also have a Discussion and Impact Guide available for educators and groups who screen the film. And our website connects viewers with all of our partners around the world. It’s more than a movie, it’s helping already existing education and arts movements. 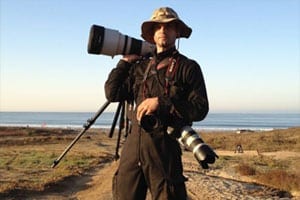 ArtsATL: The movie is gorgeously shot. How do you balance aesthetic choices with those of story and character?

Jason Maris: Thank you, that is very kind. It can be difficult at times to balance the aesthetic with the story when making a documentary. So much is happening that you are unable to capture, or you are able to capture and it was less than ideal, or it’s great, but it does not fit with other elements of the story. You really have to set your ego aside in the editing room and serve the story. So often there is incredible footage that does not make the cut because it just doesn’t work with storyline and Imba is a prime example. We have so many incredible scenes that did not make the final cut, which was heartbreaking for me as a DP [director of photography], but very necessary in order to serve the story.

ArtsATL: Three main characters emerge — Nina, Angel and Moses. What was the process for selecting specific subjects for the film? How did these emerge? Was there a deliberate decision to downplay the role of grown-ups in the film?

Bernstein: Erin and her scout crew chose Moses and Angel. Moses because he could express his emotions early on, and Angel because she was one of the only girls who would speak to Erin. Nina emerged as a character over the course of filming and as we discovered that Angel stuttered. Jason and I were both drawn to her. She is very observant and dignified. There was something incredibly magnetic about the way she looked and conducted herself. We started interviewing her the last year of shooting. She comes from one of the worst slums in Kampala, and was one of the choir members who developed the most. From a very shy, soft-spoken girl, to now she is the president of the primary school all the children attend in Uganda. 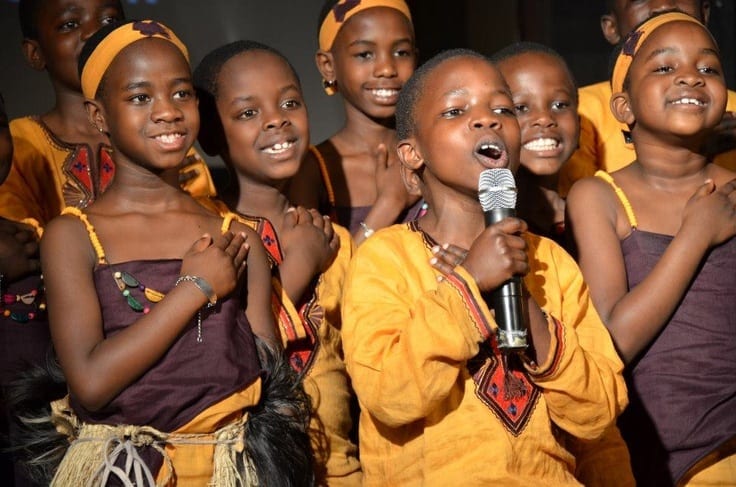 ArtsATL: Discuss how you develop trust with your subjects.

Maris: Gaining the trust of your subjects can be tricky, because there are so many variables at play. We are the sum of our experiences and that ultimately shapes how we interact with each other and with the world at large. Context plays a role, duration can play a role (how much time you spend with the subject), but at a fundamental level I firmly believe that honesty and empathy are the keys to gaining trust with anyone, regardless if you’re holding a camera or not.

ArtsATL: What is the central conflict in Imba? How do the subjects overcome this obstacle?

Bernhardt: We asked ourselves that question daily during production. The film is more of a coming-of-age, fish-out-of-water, experience the world through someone else’s eyes story than a more traditional narrative arc. We took great pains to make the whole story told through the eyes of these three young children, who at the beginning didn’t even speak English. We wanted to give them the dignity they deserved. And I think it’s working. Audiences relate. Their minds and hearts are open to a world they never knew existed or could understand. I think the real conflict each child overcomes is personal. Moses learns to be humble. Angel learns to share. Nina learns to be confident. They all hold the weight of the world on their shoulders. Through it all, however, they are full of joy and love and laughter. The film is less about the lessons they learn, and more about how we can learn from getting to know them and see the way they choose to live.

ArtsATL: Jason, with still photos, you are your own editor, and each picture tells its own story. While working on a film like this, your vision is both at the service of the director and the larger story. How does your experience as a still photographer inform your shooting? 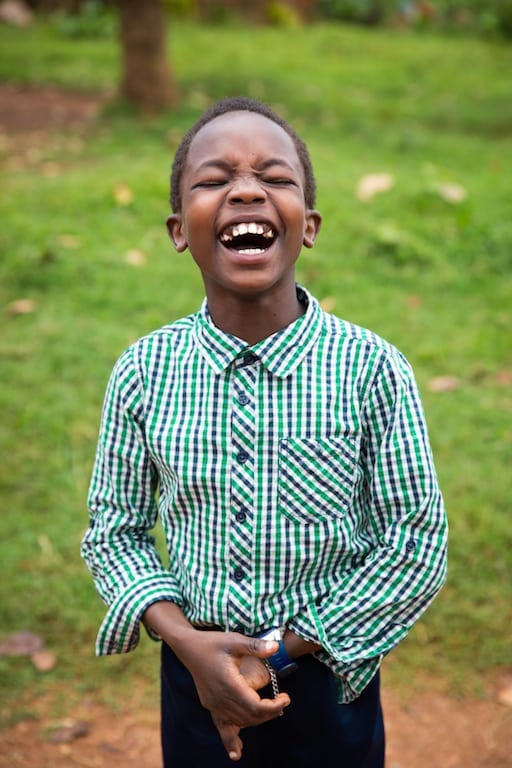 The film will be available online in December.

Maris: Being a still photographer has really helped me as a filmmaker because it forces you to understand composition, light and gesture. You have to have the ability to tell a story with a single frame in photography. When I am filming, I am aware of trying to serve the image as a single frame that is moving. Sometimes certain elements are missing, but as long as you are trying to serve the qualities of a good photograph, you are guaranteed that you will have something to work with in the editing room. Historically, great filmmakers have studied photography because it is the foundation of moving pictures, and you can’t build anything that is going to stand the test of time without a good foundation. One of the elements of making a film that I thoroughly enjoy is working with other people to bring a vision to life. It can be very frustrating at times, but for me, not having a singular vision is often a more honest way of working.

ArtsATL: Discuss your post-festival release strategy for Imba Means Sing — and how it ended up screening at a unique venue like Gallery L1 as part of Atlanta Celebrates Photography?

Bernhardt: We are still on the festival circuit. I’m currently answering this from Hot Springs, Arkansas, at the Hot Springs Documentary Film Festival and next weekend, Danielle and I will be in Columbia, Missouri, at the Citizen Jane Film Festival. It’s so special to get to be part of festivals and community screenings, to engage with and answer questions from viewers. Plus, we try to have live music from local choir groups at as many screenings as possible to connect people with ways to make an impact at home as well.

Our post-festival release strategy is well into the works. In fact, I just got permission to share with you that our film has officially been signed with Momentum Pictures, which is part of the global distribution giant eOne. We are thrilled. The film will be available on demand beginning in early December of this year. Check back at our website and sign up for our email list to be the first to get the pre-order link.

We are also speaking with lots of broadcasters and other distribution channels all over the world right now. Big things are happening and it’s a dream come true. Plus, the more visibility and funding the film gets — the better for the Choir. I’m donating 100 percent of filmmaker profits to support more children like Angel, Moses and Nina through schooling in Africa.

Gallery L1 was a natural one for us, it’s Jason and Danielle’s studio. This exhibit is also perfect since it’s about human rights and education — which our film is as well. Finally, Dr. Bond’s son, Julian Bond, is who inspired my passion for Africa. He was my advisor in college at the University of Virginia. Through him, I became academically interested in Africa, and then socially, and now I’m forever in love with that special continent and it’s diverse array of fantastic art, culture and people.