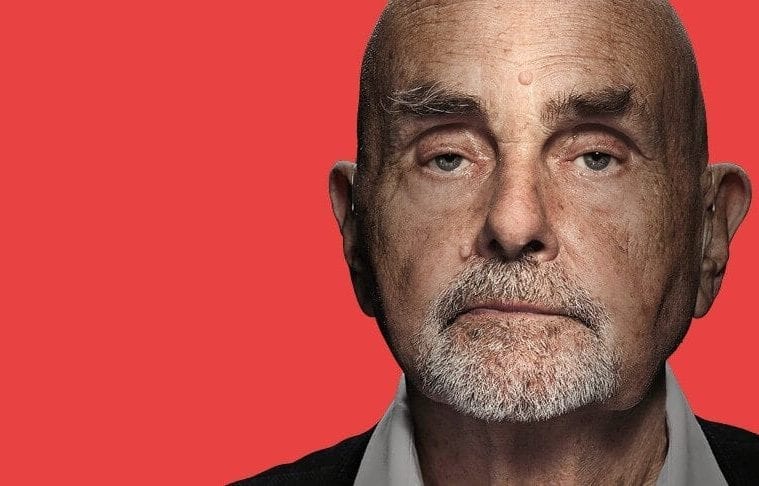 Legendary and influential musician Hans-Joachim Roedelius performs at Mammal Gallery on Monday, March 27 at 7 p.m. Roedelius is best known for cofounding (with Dieter Moebius) Cluster, and for that duo’s three records with Brian Eno in the early 1970s, but his influence goes wider and deeper as part of the explosively creative German music scene of the era. The philosophical roots of that movement remain a key part of Roedelius’ musical and creative life: experimentation, holism, minimalism, spirituality (or, a sense of the religious) and improvisation.

Now in his eighties, Roedelius retains his trademark fascination with simple, yet curious and somewhat mysterious music.

The unique quality of Roedelius’ music is a rhythmic and melodic idea that is very “human” in terms of simple fascination with form. Although generally classified as an electronic musician, Roedelius himself has no special preference for non-acoustic instruments (and prefers piano), and his music has a distinctly physical quality: rhythms, for instance, are not entirely regular or expected. Melodies are typically surprising in their resolution or direction.

Roedelius has over 100 releases under his name, and countless others as a collaborator: with Conny Plank, Peter Baumannn (Tangerine Dream), Holger Czukay (Can), Tim Story, Michael Rother (Neu!), among many others.

Hans-Joachim Roedelius became an artist after a life of several occupations. He frequently describes himself through a list of trades: child soldier under Hitler, child actor, corporal in the “national army” of the GDR, prisoner of the Stasi, refugee, nurse and palliative caregiver, physiotherapist, coal miner, shepherd, toilet cleaner, detective, butler, chauffeur and masseur, father, roofer, cofounder of two nudist camps, waiter, ice cream man, music actionist in turbulent Berlin, cofounder of the first “arts lab” on German soil, and on and on. A key current running through several of these roles also runs through his music-making: musical composition and performance are types of caregiving, intended to have a salutary effect upon listeners (and participants) — to be joyful and human.

His first musical mentor – his envoy into art – was Conrad Schnitzler, an early student of Josef Beuys and one who took to heart and passed along to Roedelius the Beuys dictum that “everybody is an artist.” Roedelius, the everyman of many trades, is also Roedelius the artist, and that seems to follow naturally.

The naive DIY attitude of Roedelius and friends in the late 1960s explains some of his music’s continuing draw, and also contributes to its perception as fundamental or groundbreaking.

The current generation has grown up with ready access to technology and easy distribution of material, both encouraging DIY art. For these reasons, one sees why Roedelius’ DIY approach has found a surge of resonance in the 90s through to today. Further, the fundamentally anti-capital and -institutional mindset that compelled Roedelius et al to work not for the sake of selling records or wide acclaim, finds some sympathy in current attitudes toward corporate approaches.

Roedelius, self-taught as an artist, claims “my university was life itself,” but his practice, sprung from Beuys, lacks the theoretical elitism of that art world darling because Roedelius’ music is easily approached, its charms wholly unconnected from theory, and because Roedelius himself seems free of the egoism of the “great artist.” He isn’t making music to change the world, but rather to connect with individual listeners.

While the revolutionary and revelatory aspects of 1960s culture are downplayed in Roedelius’ work, this is less from a loss of idealism than his own modesty and intimate style of composition. In an email, he expressed to me that health is personal, something each individual creates for him- or herself. That is: just as health isn’t something created by a corporate effect but is instead individually cultivated, art is something each person personally finds.

Roedelius, Moebius, Schnitzel, Rother and Eno are individually like ur-texts for large regions of pop and experimental music that followed, each a distinct musical personality within their collaborations, such that one instantly knows their voices. Eno and Schnitzel tended to promote more song-like work. Roedelius’ gift is for melody and simple, often pastoral passages of great beauty, for what the Guardian has called, “the bewitching sound of a man humbly mapping out his own world.” Roedelius and Moebius’ Cluster had a profound influence on Brian Eno and David Bowie, the recording approaches and sonic palette of the former filtering directly into Bowie’s “Berlin” trio of records.

Although Roedelius is best known for a certain sort of positive, even naively joyful, music, over his long career he’s explored a wide range of sonic landscapes. His ongoing themes include human work and happiness in music-making. Recent solo performances have included more drone-y, heavily textural work, with strong elements of chance and improvisation. The current tour includes material from Cluster & Eno’s After the Heat.