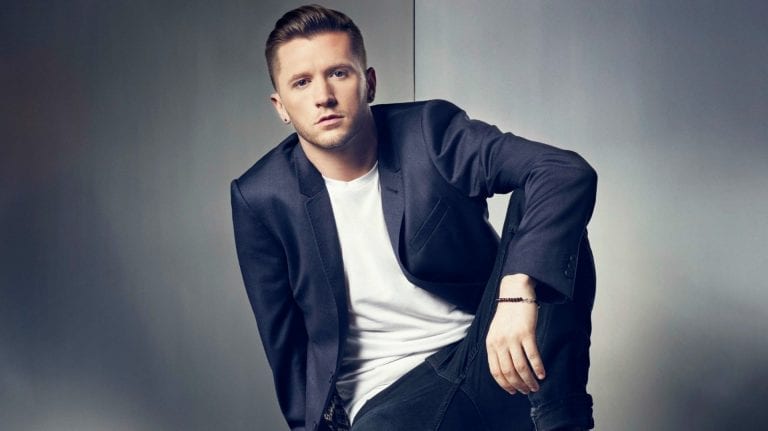 Dancer/choreographer Travis Wall came to fame on television, but he first danced on Broadway at the age of 12.

Preview: From “So You Think You Can Dance” to the Fox, Travis Wall reimagines movement

Travis Wall didn’t spend his growing years dabbling in one profession after another trying to find his calling. He knew at the age of 3 a career in dance was for him.

The runner-up of Season Two of the reality competition So You Think You Can Dance and captain of that show’s Team Stage this year, Wall brings his “Shaping Sound: Dance Reimagined” dance event to the Fox Theatre on Tuesday.

It’s a fusion of dance styles and musical genres staged by 14 dancers — seven men, seven women — many of them members of So You Think You Can Dance. Comprised of both group numbers and duets, it’s a love story of sorts about a girl in an abusive relationship. Broken and shattered, she falls asleep and in her dream realizes that what she has in her life is not love. Upon waking up, she realizes she has decisions to make.

Wall calls the climactic dance of the production, a duet with another male performer, especially meaningful to him, reflecting who he himself was at 16. “It’s very empowering,” he says. Some of the other audience favorites are a number that incorporates 1940s swing and jazz, and an Act II version of Queen’s “Bohemian Rhapsody” that melds movement, music and lighting.

His mother, a dance teacher who ran Denise Wall’s Dance Energy in Virginia Beach, Virginia, was his biggest inspiration. “Everything I have done is a result and a reflection of my mom,” Wall says. “I was born into a dance studio, so all I’ve ever known is dance.”

Very independent, he left home at an early age to perform on Broadway, appearing at age 12 in The Music Man. As he voraciously watched movies, television and stage work, he fell for the styles of Bob Fosse and Rob Marshall and worked with teachers who helped him learn choreography ropes. By 18, he was competing on So You Think You Can Dance.

The segue from dancing to choreography has been a fairly easy transition. He knew he wanted to be a choreographer before he even auditioned for So You Think You Can Dance.

“It’s always been in my blood — I have been doing it since I was 13,” he says. “I knew that I was a pretty good dancer and if I could get exposure and get my foot in the door somehow, it could help lead to being a choreographer and moving down that path.”

Wall says he didn’t want to look back as a dancer and wonder about paths he might have taken. “I am thankful because (without doing this) I could not have realized the love and voice and craft I have,” he says. “The experience of choreographing literally brings energy into my life.”

He’s also added the phrase “artistic director” to his resume. When Shaping Sound was founded in 2012, he assumed that title.

Known for his contemporary dance style, he has been able to fuse other forms such as jazz and hip hop into the Shaping Sound repertoire. “When a certain style of music comes out, we can move that way,” he says. “That is what the show is. We put a lot of eclectic music in it — there is a mash-up of styles — and it makes us move in specific ways.”

His process of creating dance, however, has changed over time. It used to be fairly routine, but in the past two years has become a free-for-all. “I always used to start with music and had an idea what I was going to do,” Wall says. “I don’t prep much anymore. Every job and situation is different, but that excites me. Movement usually does come last; what comes first is what I am trying to say, the visual before a body begins to move.”

A perfect example was Wall’s lauded “Wind Beneath My Wings” routine on So You Think You Can Dance, his statement on marriage equality. He and the show’s producer worked closely to sculpt the piece.

“On that show, I have always wanted to do male and male, and female and female duets,” he says. “The purpose of me choreographing on the show is to get a contestant through each week. For the group number that happened, no one was voting for that group, so we found a way to do it. We wanted to support the company that literally breathes life into the dance community.”

After five nominations, Wall finally took home an Emmy Award this year for that piece of choreography. “It is an incredible, crazy feeling to hear your name called like that,” he says. “I had been nominated (many times before), so I have experienced going to the awards a lot. I went this year with a different mindset and it’s a moment I will never forget.” He took his partner and his mother to the event.

Throughout his career, he has choreographed the Academy Awards and worked with Carrie Underwood on her latest music video. But both take a back seat to dancing with First Lady Michelle Obama at this year’s White House Easter Egg Roll event. “You don’t know when the next time you’ll be able to do that is,” he says. “Second to none, she is the coolest person I have ever met in my life.”