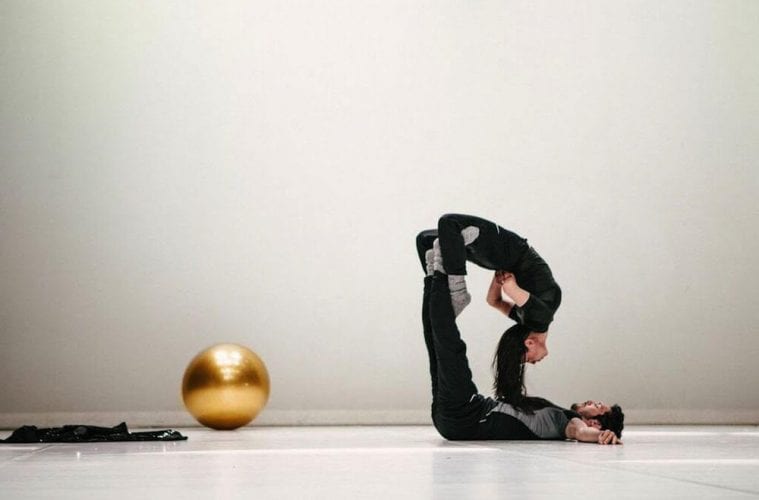 Preview: Fabien Prioville and Azusa Seyama kick off Tanz Farm series with “Time For Us” 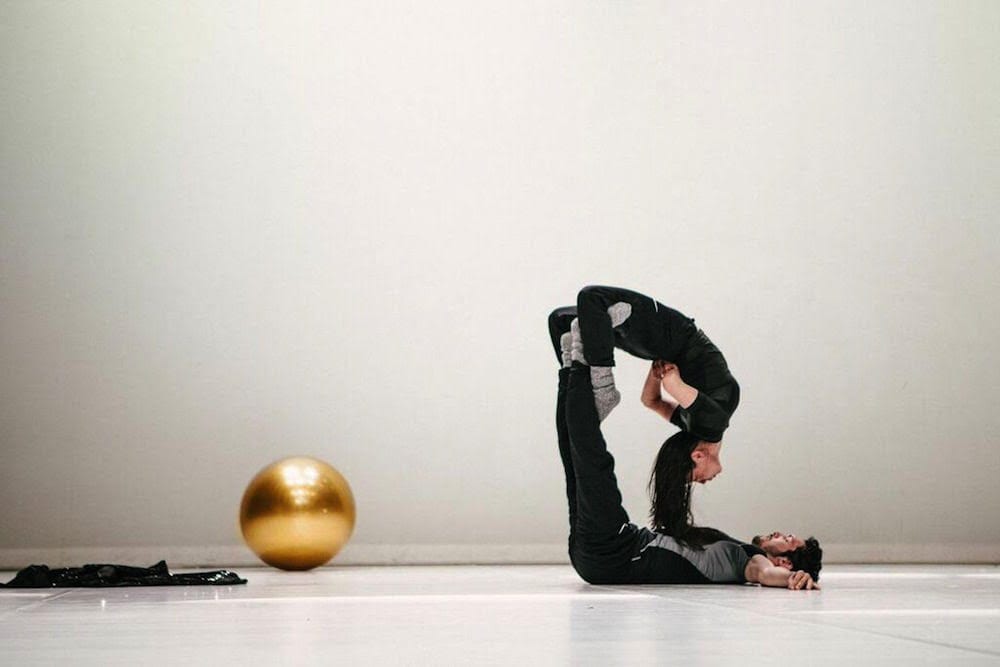 In the spirit of Pina Bausch, Time For Us delves into the relationship of the husband-and-wife team of Fabien Prioville and Azusa Seyama.

Pina Bausch’s extraordinary vision and groundbreaking theatricality in contemporary dance have influenced choreographers and artists the world over, among them, Tanz Farm’s co-curator Lauri Stallings, and many of the international artists she’s brought to Atlanta.

On October 29, French-born Fabien Prioville and Azusa Seyama, who met as dancers with Bausch’s Tanztheater Wuppertal, will launch the Tanz Farm 2015-16 season with the American premiere of their duet Time For Us. Performances continue through October 31 at the Goat Farm Arts Center.

Seyama and Prioville, who are married, have been together for 15 years. She still dances with Tanztheater. Prioville left in 2006 to develop his vision as an independent choreographer and now tours internationally with his own company. Time for Us is the first work they’ve collaborated on and performed together outside of Bausch’s company.

Bausch’s legacy looms large in their lives and finding their own niche has been a challenge. “Creating with Pina was like being in a kindergarten doing whatever came into your mind, then letting the big mother, Pina, decide everything for you,” Prioville said recently via Skype, sitting next to Seyama in their Wuppertal, Germany, apartment.

Bausch, who died in 2009, delved deeply into her dancers’ personal experiences to create her iconic works. In her company, Prioville explained, they could create with, and for, Bausch, but were not responsible for the final result. Now they are.

“I was wondering what kind of relationship we would have if we didn’t have this big, beautiful, wonderful gold frame (of Tanztheater) around us and what would be left of her and me.” He wonders too what audiences expect of former Bausch dancers. What does such a legacy evoke in the audience’s mind? Is it important?

Those questions were top of mind as they developed Time For Us together. 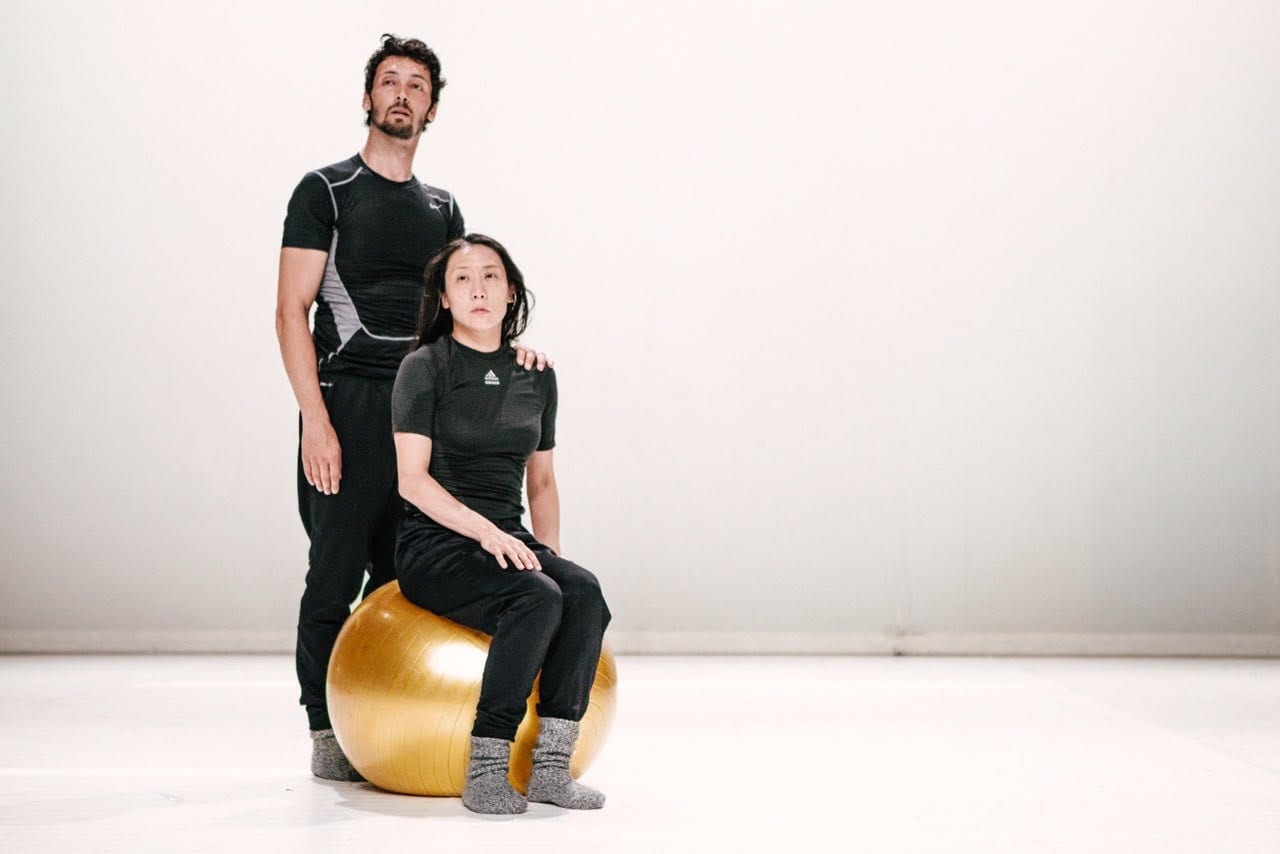 Time For Us reflects the public lives of the two dancers.

For several years, Seyama has been at her husband’s side as rehearsal assistant and “alternate eye,” helping him with new productions for his company.

They had talked for a long time about creating a piece together and finally were curious enough, and had enough time together, to start the process. “She is inspiring as a performer and as a dancer and I wanted to find my creativity on her and also allow her to influence the process.” As a performer, Seyama had never worked with a choreographer other than Bausch. She says she valued the opportunity to do something different but that it was difficult at times not to fall into familiar Bausch gestures.

She even changed how she wore her hair. Bausch liked her women dancers to wear their hair long and loose and she often choreographed hair as if it was another limb. When working on Time For Us, Seyama tied her hair back so she wouldn’t be tempted to fall into old movement habits.

As research for Time For Us, Prioville interviewed other couples who shared a stage life and a personal life. Among them was 83-year-old Shirley Crestwick from Newcastle, England. She and her magician husband toured together for decades with Billy Smart’s New World Circus. They did all the standard tricks. He cut her in half. They threw knives at one another.

“I asked her to tell me what this was like, what was the process,” Prioville explained. “She said the reason they could do this together was because there was so much love and trust between them. She kept coming back to the love, saying, ‘He was my man.’ I could relate to that.”

Recordings of Crestwick telling her story are included in the soundscape for Time For Us. And while Seyama and Prioville don’t cut each other in half, they agree with the octogenarian, that love and intimacy are a core ingredient to their work together. “When you really know and understand and trust the person you are working with, a new dynamic is created,” Prioville says. “Because we are so close, there were many things we didn’t have to say to each other.”

Prioville describes Time For Us as “very aesthetic” with a focus on how they present themselves to the audience — or not. Unlike some former Bausch performers, and perhaps for practical reasons, the couple has not inherited her love of innovative and startling set designs — thick layers of dirt, or water on the floor for instance. They do, however, use a variety of costume designs to help bring their vision to life.

Time For Us is about their lives together, but it is not a tell-all piece. “Of course it is about intimacy but you don’t get to know us better; you don’t get information about our personal lives,” Prioville explained. “The relationship you do see between us is real and honest but it’s about just being in the work. Doing what we have to do. Like doing the laundry. Or doing the dishes.”

The experience has brought them closer in a different way than before and has inspired them to work together again. Even Time For Us is an ongoing collaboration. “We keep talking about it and changing it. Because we are changing ourselves,” said Seyama. “Time For Us is a journey for us.”

Seyama and Prioville will have a conversation with audience members after their Tanz Farm performance on Saturday, October 31. From noon to 2 p.m. that day, Prioville will lead a two-hour composition workshop.