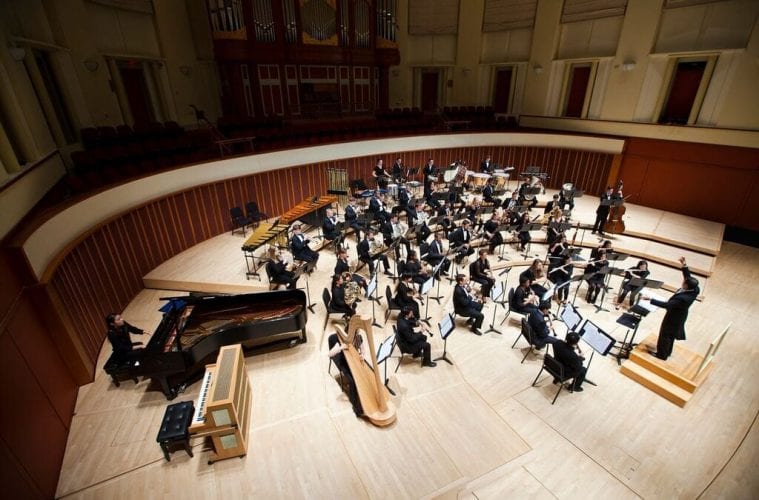 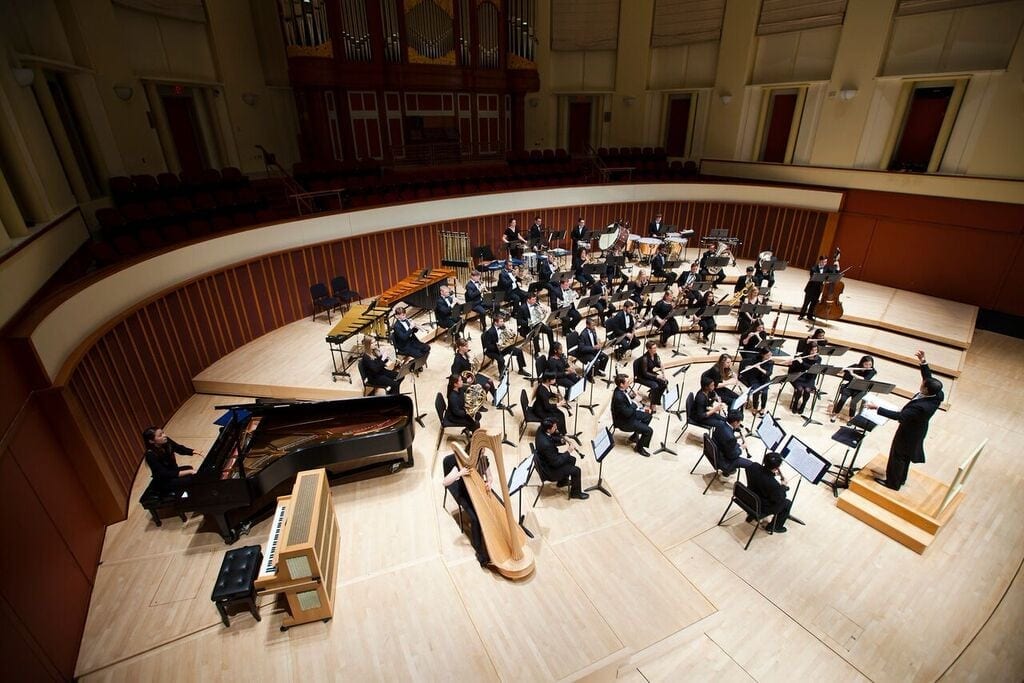 The Emory Wind Ensemble will join with actors from Theater Emory for Saturday’s performance.

Spoken word performances with musical accompaniment are not a new concept but the Emory Wind Ensemble along with Theater Emory have collaborated on a program that celebrates the combination of drama and music in a unique way in “Music from the Stage & Screen” at the Schwartz Center for Performing Arts on Saturday at 8 p.m.

Paul Bhasin, who was recently appointed director of wind studies at Emory after his previous tenure at the College of William and Mary, will conduct the performance and it will feature William Walton’s score for the 1944 Laurence Olivier film version of Henry V with dramatic readings from the Shakespeare source materials by Tim McDonough. Walton’s score is particularly significant because of his inspired adaptations from the Fitzwilliam Virginal Book, an early 17th-century collection of keyboard compositions by the major composers of that era such as William Byrd and Giles Farnaby. 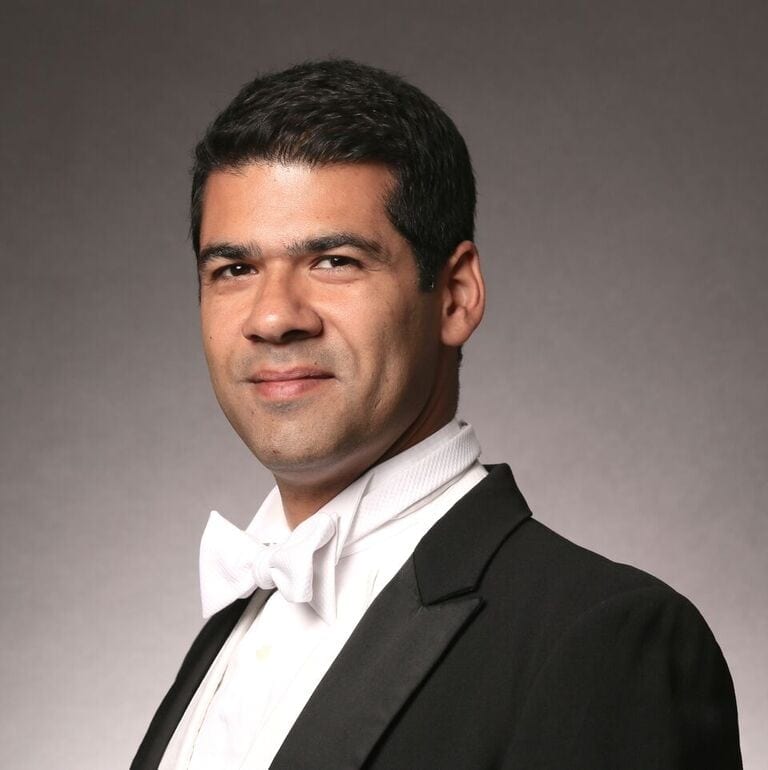 The program, which is free and open to the public, will also include Aaron Copland’s 1949 film score for the John Steinbeck adaptation of The Red Pony with John Ammerman and other Atlanta actors performing selections from the original work and, as an added bonus, the music from Act 2 Scene 4 from Richard Wagner’s opera Lohengrin.

Fans of great film scores are certainly familiar with the work of William Walton (As You Like It, Hamlet, Richard III) and Aaron Copland (Of Mice and Men, Our Town, The Heiress) but spotlighting a key work from each composer with dramatic readings from original source material in a live performance is something of a first for EWE and Theater Emory. Bhasin is excited about the possibilities of such an adventurous program and details what the experience will entail for audiences in the below interview.

ArtsATL: Who came up with the concept for this event?

Paul Bhasin: It was actually my idea. When I read the deep resumes of Tim McDonough, who is professor and chair of the theater studies program here, and John Ammerman, who is also a professor in the program, I saw that they had a lot of experience not just with Shakespeare but with contemporary theater. And knowing that the 400th anniversary of Shakespeare’s death is this year, I wanted to make sure that we could really capitalize on that and do something that was really out of the box for my first season here at Emory.

ArtsATL: I am curious about what to expect in terms of presentation and staging.

ArtsATL: Of all the film scores William Walton composed for Olivier’s Shakespeare films, why did you chose Henry V?

Bhasin: There aren’t many complete compendiums of Elizabethan or Jacobean instrumental or keyboard music that can rival what’s known as the Fitzwilliam Virginal Book. Walton literally took melodies and rhythmic constructs from these pieces and they formed the basis of a lot of the melodies in the score of Henry V. It’s also significant that several pieces from that same set had been adapted for wind bands for other English composers of the 20th century. And we’re playing one of those pieces — “The Earl of Oxford’s March” — which was transcribed by the British composer Gordon Jacob. The reason we’re starting the concert with that is because we want to expose the audience to the sort of musical language that was directly pulled from this collection of keyboard pieces in the Fitzwilliam Virginal Book. I think Henry V has really great moments of wind, brass and percussion writing and creates this authentic Renaissance or Elizabethan sound.

The interesting thing is that Walton didn’t think that film music belonged on the concert stage. His famous quote states, “Film music is not good film music if it can be used for any other purpose.” So one of his assistants, Muir Mathieson, actually created a suite from the film score with Walton’s supervision even though Walton was opposed to film score suites. After Mathieson completed the suite, Walton actually liked it and eventually started conducting it himself.

ArtsATL: Among Copland’s many film scores, why did you select The Red Pony?

ArtsATL: What is your biggest challenge in presenting and conducting this production?

Bhasin: The biggest challenge is to try and pack as much excitement into every measure and into every line so that the audience can actively participate and follow the narrative in a way that’s really meaningful and captivating for them. It’s been really rewarding to see it all come together.

ArtsATL: Are you working on some other collaborations for future Emory productions?

Bhasin: I’ve been in discussions with a well-known local chef and we’re going to create a tone-to-table event where we’re going to perform music for the chef and the chef is going to generate a custom menu based on the sounds of the music. Then we’re going to have a private event where the diners get to enjoy this menu as we perform the music that inspired it. That’s happening in 2016. Then, in 2017, we are commissioning a composer to write a new film score for a brand new film that we will screen in the Schwartz Center while we perform the score. It will be a double world premiere of the film and the score performed live.