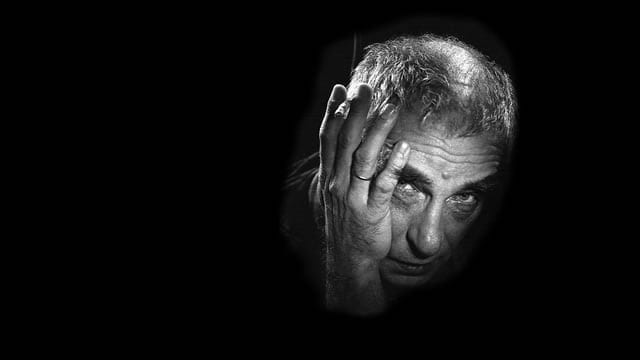 Krzysztof Kieslowski is best known to American audiences for his critically acclaimed trilogy of films: Blue, White, and Red.

Martin Scorsese is a busy man. Does he ever slow down? Not one to rest on his laurels, he has already followed up last year’s critically acclaimed box office hit The Wolf of Wall Street with a new documentary, The 50 Year Argument (codirected with David Tedeschi). He also has two feature films in production: the period drama Silence with Andrew Garfield and Liam Neeson, and a screen biography of Frank Sinatra.

But he spends an equal amount of time devoted to film preservation through his own nonprofit organization the Film Foundation; his current offering is the digital restoration of 21 classic Polish films, 11 of which are programed for the 2014 fall season by Emory Cinematheque under the banner Martin Scorsese Presents: Masterpieces of Polish Cinema.

Probably the most remarkable aspect of the series is the fact that all of the films were made under a repressive communist regime. Despite this, the featured directors managed to address controversial subject matters in subtle or subversive ways that often eluded the censors while creating original and daring work that sparked a renaissance in Polish cinema. “The subtext of great conflict and cultural identity is universal,” Scorsese notes in his introduction to the series. “[But] even if you don’t know the history of Poland, the themes in these films will resonate, as they did profoundly for me.”

Spanning the years 1958 to 1988, the series kicked off with Ashes and Diamonds (aka Popiol I diamond, 1958), the third in Andrzej Wajda’s war trilogy that includes A Generation (1955) and Kanal (1957), but Atlanta moviegoers can still catch the remaining 10 films, which are programmed through early December.

Scheduled for Wednesday, October 15 is Andrzej Munk’s Heroism (aka Eroica, 1958), a World War II drama that presents an unsentimental, ironic critique of patriotism in a two-story framework. The first one utilizes black humor in its depiction of a wily opportunist who tries to avoid military service but ends up taking life-threatening risks as a courier for the resistance. The second episode, set in a German POW camp, serves up a cynical twist in its tale of Polish prisoners and how their morale is dependent on believing that a fellow captive has escaped. Martin Scorsese has taken up the mantle of restoring old films.

If you favor historical epics, you need to experience the massive scope and scale of two of Poland’s biggest blockbusters. Knights of the Teutonic Order (aka Krzyzacy, 1960) is Aleksander Ford’s sprawling recreation of the 15th-century Polish-Lithuanian-Teutonic War, and Jerzy Kawalerowicz’s Pharaoh (aka Faraon, 1966), shot on locations in Luxor and Uzbekistan, examines the nature of power in its story of Prince Rameses XIII and his attempts to alter the future course of Egypt.

More contemporary aspects of Polish society are explored in Andrzej Wajda’s Wedding (aka Wesele, 1973), based on the 1901 play of the same title by Stanislaw Wyspianski which is still considered a landmark in Polish drama. Modern life is also the focus of Krzysztof Zanussi’s The Illumination (aka Illuminacja, 1973), in which a physicist’s rational view of the world is challenged by unexpected events in his life, and Krzysztof Kieslowski’s Blind Chance (aka Przypadek), which was filmed in 1981 but suppressed by government censors until 1987. The story of a medical student who imagines three different ways his future life might unfold as he rushes to catch a train, Kieslowski’s innovative and visually arresting narrative reflects the grim political climate of its era while offering sly exposés of Communist Party culture.

Taking a more experimental approach in style and execution is Tadeusz Konwicki’s Jump (aka Salto, 1965), in which a mysterious young man arrives in a rural community and has a profound effect on the inhabitants; the result is an unsettling allegory chock full of biblical allusions, Kafkaesque menace and cinematic homages to Jean Cocteau and other filmmakers. My own personal picks from the series are two films by Wojciech Has, highly recommended for connoisseurs of the bizarre and phantasmagoric. The Saragossa Manuscript (aka Rekopis znaleziony w Saragossie, 1964), based on Jan Potocki’s 1815 novel, follows a Belgian army officer during the Napoleonic Wars on a fantastic journey that is no less strange than Alice’s Adventures in Wonderland. The widescreen black-and-white cinematography is truly stunning, and so is the exotic art direction in this Chinese puzzle box of a film that was greatly admired by Luis Buñuel and The Grateful Dead’s Jerry Garcia.

More obscure and overdue for a major revival is Has’ The Hourglass Sanatorium (aka Sanatorium pod klepsydra, 1973), based on a short story by avant-garde writer Bruno Schultz. Brimming with grotesque characters and hallucinatory imagery, the film creates an alternate universe where reality and fantasy become interchangeable in a story about a young man’s visit to a decaying sanatorium where his father lies dying. The mind-bending visuals, unusual color schemes and unexpected tonal shifts bear comparisons to the best work of Peter Greenaway and Terry Gilliam.

The final entry in the series is A Short Film About Killing (aka Krotki film o zabijaniu, 1988), directed by Krzysztof Kieslowski. It is an expanded version of an episode from his critically acclaimed, made-for-TV masterwork The Decalogue. Relentlessly bleak and chilling (this is not a film for the squeamish), the movie charts the fate of three strangers and the events that link them forever. It aroused considerable controversy in Poland upon its release due to its unflinching portrayal of capital punishment and was considered highly influential in the decision to end the death penalty there.

The Film Foundation, Milestone Films and Emory Cinematheque are to be commended for bringing this film festival to Atlanta. Other than Roman Polanski, only a handful of Polish directors such as Kieslowski (for his Three Colors trilogy: Blue, White, and Red) have received any significant attention in the United States outside of being championed by a coterie of movie critics, film historians or art house cinema enthusiasts. Martin Scorsese Presents: Masterpieces of Polish Cinema is a rare opportunity to acquaint yourself with this rich and highly creative period in East European cinema history while experiencing it on the big screen.