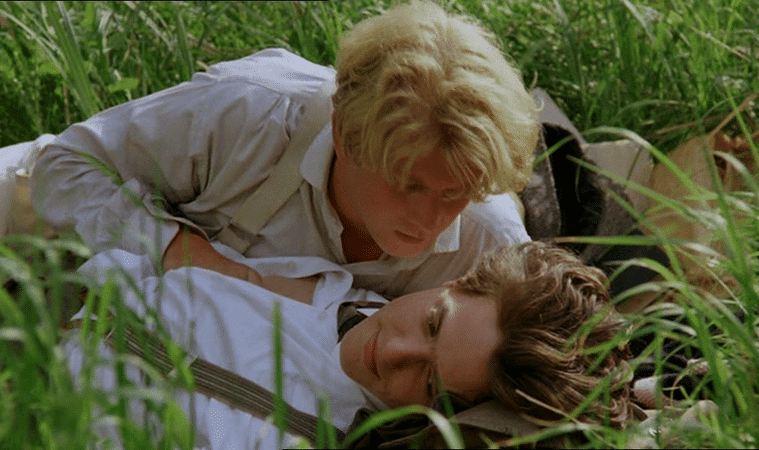 It was a landmark film, and in many ways. Maurice — the 1987 Merchant Ivory Production drama that is in the midst of a 30-year anniversary restoration, opening June 23 at the Midtown Art Cinema — stayed true to the E.M. Forster novel it was based on. In it, two English lads — Maurice (James Wilby) and Clive (Hugh Grant) — fall for each other at Cambridge but are victims of an Edwardian society that will not allow their love. After a friend is arrested for homosexual acts, Clive decides to marry a woman instead, but Maurice stays true to himself and finds love in the arms of servant Alec Scudder (Rupert Graves.)

Maurice wasn’t as commercially successful as Merchant Ivory Production’s earlier, Oscar-winning A Room with a View, but it made its mark, especially in the LGBT community. I saw it myself as a closeted UGA student trying to figure out my own dilemmas — and I had never seen anything like it. Its kisses were genuine, its nudity was undraped and unapologetic, and its emotions were raw and plentiful. Its lead actors didn’t crow to the media, either, about the “bravery” it took to play gay or wonder aloud about how it would affect their careers.

It was an era where the Internet, social media and YouTube were not around and Netflix didn’t exist. DVD stores were filled with mainstream films but not always independent ones. To see a movie like this, you pretty much had to see it in a movie theater, where films such as this need to be taken in. And unlike other LGBT-themed films, which usually saw its main character die, the movie dared to have a happy ending for Maurice and Alec.

Not only was it an important motion picture for its director James Ivory — fresh off the success of A Room with a View, which he also directed — but it was professionally and personally satisfying. Ivory and his producer Ismail Merchant were life partners as well for 45 years until Merchant passed away in 2005.

Maurice has long been a film Ivory has been partial to. “I think it stands up pretty well,” he says. “It does what it sets out to do. It’s a film that a lot of people love and are happy to see again. I have met a lot of people who saw the film when they were young — or not so young — and said it had a great, positive effect on their lives.”

After A Room with a View, Ivory and Merchant had their pick of what to do next. “We were in a position where we could do pretty much what we wanted to do,” says Ivory. “We were going to make a studio film with United Artists with Tom Cruise but a tremendous dispute arose on that film and we decided not to go forward. Within a year or so, we decided to instead do this.”

He had read Maurice back in 1971 when it came out (after Forster’s death) and liked it, but didn’t really think of doing it as a film. Yet when he went about rereading all of Forster’s novels, he had a different mindset. “It seemed to be similar to A Room with a View in its depiction of muddled young people willing, in a way, to live a lie rather than really live the way they want to live, in terms of their emotional life,” he says. “You could think of Lucy Honeychurch in A Room with a View as being a female Maurice. I thought it was just as relevant. It was about being honest, being who you are.”

No one tried to deter him from making the film. The only objection came from the executors of Forster’s estate — and their concern in making it was that the novel was considered the weakest of his work, not up to the level of his others. “They thought it could lessen the value of the other novels,” he recalls. “They were a little shy at first but no one said a word about the subject matter. They cared about the perception of the novel by readers and critics.” Although the film was enthusiastically received by reviewers, Ivory does remember that some male critics in London did not give it much support.

Luckily, none of the leading actors took issues with the kissing scenes or the nudity. At the time, Grant, Wilby and Graves (who also starred in A Room with a View) were up-and-coming actors. “The English have a different attitude,” Ivory says. “They were young and just starting out. Not so much Rupert, but James and Hugh. They were leads in a film made by a company that had just had enormous success with A Room with a View. They were not going to pass it up.”

The cast and crew were excited that the film had a happy ending, especially since LGBT movies for so long didn’t. “It’s true — what films there were, the lead characters were always punished in some way or died,” Ivory says. “Forster felt like there had to be a happy ending or otherwise there was no point in doing it. We liked that. But there were almost no gay films of any kind then and those that were around certainly didn’t have happy endings.”

Looking back at his career, Ivory didn’t have to deal with the kind of repression the characters in Maurice do — or face threats of criminal charges. “By the time of that film, there was nothing whatsoever,” he says. “In my 20s I was a little careful, but I didn’t suffer from it.” He met Merchant in 1961 and the two were open in the industry about their relationship.

Cohen Media Group is restoring and rereleasing many of Ivory’s films, and he is delighted to see them again on the big screen. He willingly travels long distances to do so.

Just as he loves it when audience members share their recollections of the film with him, he realizes it’s equally important to see how a new generation responds. Many have no idea of what times were like during Forster’s era. “It is a whole different world now from 1910 or so when Forster wrote this,” he says. “There were some terrible laws in England. It was criminal to be openly gay — look at the whole ending to Oscar Wilde’s life. He had his disgrace and trial, and it was a terrifying possibility. When we made this, things had moved along, especially in England. It’s nothing like now, but much better. [It’s extremely useful] for young people who don’t know much about English history or how society used to deal with issues — not just sexual ones — such as abortion or divorce. Everything is allowed today and accepted. Lives couldn’t have been like that then.”

Now 89, Ivory lives in New York, where he has spent most of his professional career, and is still active in the industry. He recently adapted the screenplay and serves as a producer for the fall’s gay-themed Call Me by Your Name, another film based on a successful novel, this one by Andre Aciman. If the buzz on the film — which was highly acclaimed at its debut at Sundance earlier this year — is any indication, Ivory might be back at a familiar venue — another Academy Award ceremony next March.