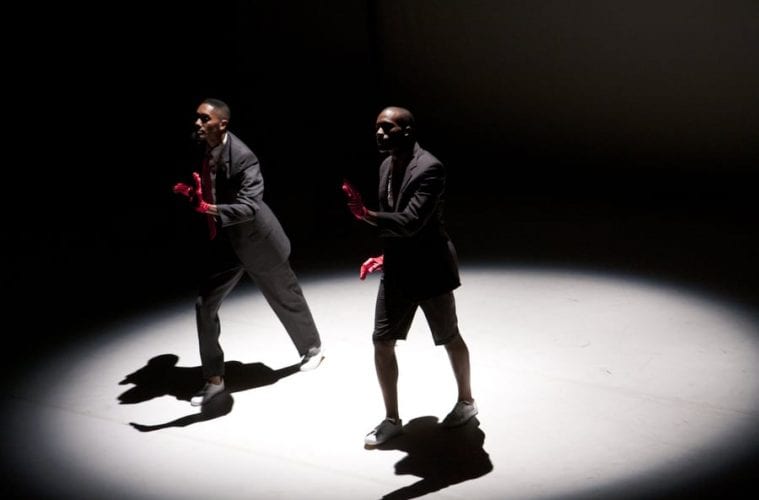 Growing up in Tuscaloosa, Alabama, Daryl Foster found little support for his desire to become a dancer. But at age 18, he found training at the University of Alabama and eventually worked with several professional companies, including DCDC 2, the acclaimed Dayton Contemporary Dance Company’s repertory training ensemble. After earning an MFA in dance at Florida State University, he moved to Atlanta in 2006 in order to pursue his professional goals in the South. He chose Atlanta because the region’s relatively cosmopolitan urban center offered a more receptive environment for men in dance.

In 2009, Foster approached choreographer Terry Slade at a Dance Canvas event. Together, they founded LIFT, aiming to attract male dancers from across the region and establish a home, or “mecca,” for male dance artists in Atlanta. The organization also strives to make dance accessible by presenting both concert dance and popular commercial dance styles. This provides an artistic outlet for men working in the commercial music and dance industries, and offers choreographers a chance to experiment, fusing different dance genres together on the concert stage.

Now in its fifth year, LIFT’s annual showcase has moved up from the Woodruff Arts Center’s small Hertz Stage to the Alliance Stage. The performance will run one night only, Saturday, July 26. The concert will feature styles ranging from Foster’s blend of concert and commercial dance to Allyne Gartrell’s joyous fusion of ballet, African and jazz forms, to choreography by Corian Ellisor, a former member of CORE Performance Company. Lauren Debrick, Jeremy Green and Brandon Forrest will offer various takes on hip-hop.

Beyond the ever-present need to secure funding and skilled dancers, the greatest challenge in building LIFT has been one of identity, Foster says. Slade’s departure for New York in 2011 required serious efforts to reorganize and determine the look of LIFT. What he initially envisioned as a “rainbow coalition” attracted mostly African American males. Foster saw and filled a need in the community. Indeed, Community is this year’s overarching theme — and with it, the impulse to build new relationships. Foster has invited Allyne Gartrell, former principal dancer and with Dayton Contemporary Dance Company, to revive his revered work, Brother to Brother. This year’s showcase will be their first time working together, and Foster hopes to lay groundwork for a cooperative relationship in the future.

Several former members of Gartrell’s Atlanta Dance Connection have branched off to form the Atlanta Contemporary Dance Alliance. Some of these dancers will perform in Foster’s new work set to Miles Davis’ “All Blues,” a piece from Davis’ landmark album Kind of Blue. The classic recording is one of the first Foster heard as a child, and his new dance piece aims to bring some of the traditional cultural values of his upbringing to the present-day community.

While creating his piece, Foster had to come to terms with the contradiction between Davis’ musical genius and the jazz artist’s tumultuous personal life, including an abusive marriage with actress Cicely Tyson. This led Foster to think about other prominent artists brought down by similar circumstances. Foster came to believe that “the work these people bring to the community should not be overlooked because of what they do in their personal lives.”

In a broader sense, Foster says, “as black men, sometimes we fall out of grace; what we need is other men in our community to accept us and rally around us and bring us back into the community so we can get our lives together.”

As for what has been essential in building LIFT in Atlanta, Foster explains that a strong community of dancers and choreographers already exists, but there is a need to build audiences by being more accessible to the community.

Foster’s choice to present commercial hip-hop alongside concert modern dance has been criticized for being “too accessible.” But it’s a risk he’ll continue to take, even as he looks toward forming his own dance ensemble under LIFT’s banner this fall. It all fits as part of his mission, “to bring commercial dance to the concert stage and give it a venue, so it will be appreciated as an art form.”