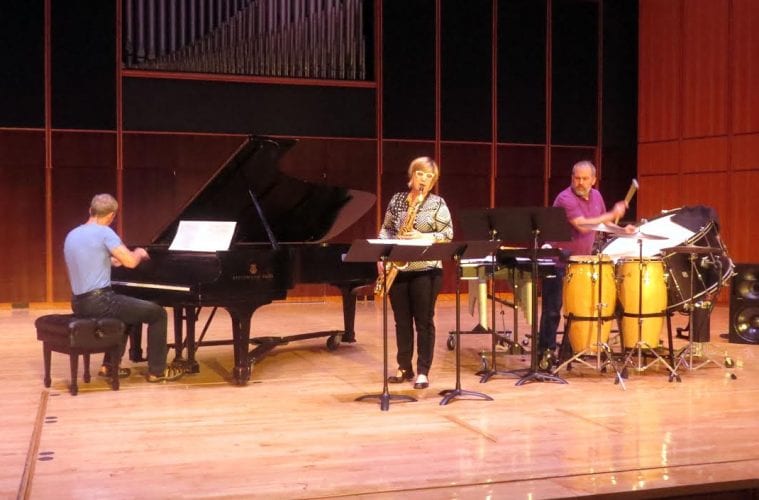 On Friday, January 20 at 8 p.m., new music ensemble Bent Frequency will perform a concert entitled The Sonification of the Japanese Garden, in collaboration with Berlin-based sound artist Michael Fowler. The performance will take place at Georgia State University’s Florence Kopleff Recital Hall, and is presented by GSU’s Center for International and Collaborative Arts. The concert is free and open to the public.

The show will explore music informed and inspired by the design elements, proportions and aesthetics of the Japanese garden.

Designing a traditional Japanese garden (日本庭園) is a centuries-old landscaping craft, with a goal to create idealized miniature landscapes, often highly abstract and rigorously stylized, whether for meditative contemplation or purely aesthetic enjoyment.

Various types of Japanese gardens include karesansui (Zen rock garden), tsubo-niwa (small courtyard garden), kaiyū-shiki-teien (for strolling) and the simple roji (for tea ceremony). Originally influenced by Chinese gardens, Japanese gardens began to appear in the Asuka period (ca. 5th–7th century AD), had developed their own distinctive aesthetics by the Edo period (1603–1868) and subsequently came to be adapted to settings in Western countries.

The concert will open with John Cage’s “Ryoanji,” based on the direct mapping of the famous Zen rock garden at the Ryōan-ji (竜安寺) temple in Kyoto, Japan. It will also include Toshio Hosokawa’s “Vertical Time Study II” and the world premiere of “Otoniwa,” an audience-interactive work created by Michael Fowler and members of Bent Frequency. 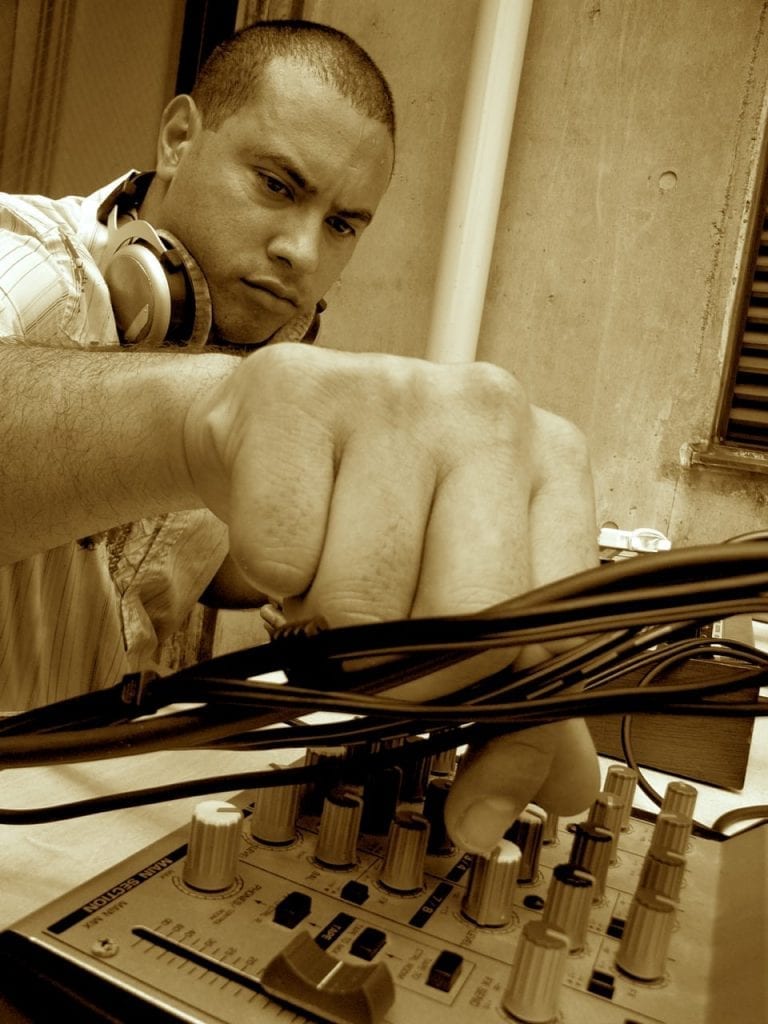 The program will conclude with Fowler’s “Sesshutei as Spatial Model,” for eight-channel spatialized electronics and live instruments, which makes use of field recordings from the Sesshutei garden at the Jōei-ji (常栄寺) temple in Yamaguchi, Japan, as source material. The garden’s design, as the name implies, is attributed to the eminent 15th-century monk and sumi-e (墨絵) painter Sesshū Tōyō.

Living in Japan from 2002 to 2003 while writing a doctoral thesis, Fowler encountered the art of the Japanese garden. “It became a recurring theme in my creative work and also my research since that time,” Fowler says of the experience. “I ended up doing a post-doc in architecture school, called the Spatial Information Architecture Laboratory, at RMIT University in Melbourne, Australia. At this research institute there were a number of different disciplines that came together to look at spatial issues as well as sound and acoustics. So my project [was] examining the Japanese garden as [a] type of spatial exemplar, particularly from the acoustical auditory aspects of those spaces because they are quite interesting from the acoustic aspect.”

Acknowledging Cage’s transmediation of the garden design at Ryōan-ji into music as essentially a model, Fowler similarly transmediated Sesshutei into a sonic environment for “Sesshutei as Spatial Model.” The end effect for the listener, as Fowler describes it, becomes one of a performed “sound garden” in which sounds grow, bloom and die according to the actions of the performers as “sound gardeners.”

“My interest in particular is how these spaces [are] composed and how do those decisions about visual composition influence the acoustic experience, that is, its acoustic signature, because these are very highly codified spaces,” says Fowler. “There are a number of historic treatises that describe guidelines of how a garden should be put together, but because of those considerations there also acoustic qualities that arise out of [them].”