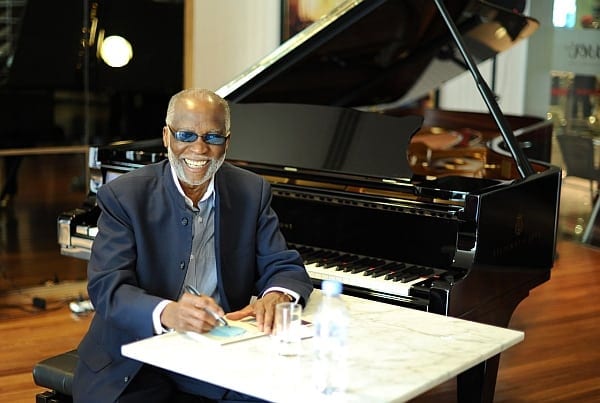 Another edition of the Atlanta Jazz Festival kicks off on Friday evening, running through Sunday.

While the music programming has been somewhat schizophrenic in the past few years, the consensus around town is that this is the best year for jazz at the festival in a long while, and I’d tend to agree.

The vast majority of the acts on the main stage perform unadulterated jazz. That has not been true in the past. While programming at the two smaller stages is less impressive (this is the reverse of last year, when some of the best acts were on the side stages), there are still some musicians to catch there, as well.

All things considered, the lineup looks like it will present a solid three days of jazz in Piedmont Park. If you’re pressed for time, though, here are five (OK, six) acts you shouldn’t miss:

This is as close to a must-see show as it gets. Hargrove, one of the best trumpet players of his generation, hasn’t released an album on his own right since 2008’s funky Earfood, but he’s stayed busy as a guest artist supporting everyone from straight-ahead musicians (Cyrille Aimee, who appears at the festival on Saturday) to hip-hop artists. Hargrove’s sidemen — including the brilliant alto saxophonist Justin Robinson, who is emerging as a leader in his own right — are some of the best in the business.

I first saw Casteneda at last year’s Burlington Jazz Festival in Vermont and came away impressed by his facility and tenacious approach to playing the harp. His music goes much beyond whatever ideas are conjured by the phrase “jazz harp” and is truly an entertaining and engaging blend of jazz, world and classical music.

Alto saxophonist and pianist Brian Hogans began attracting notice as one of the lions of the local scene. He should be in top form on one of the festival’s two smaller, more intimate stages. And while he may be tucked away a short trek from the main stage, be sure to catch his set and commit his name to memory. Hogans, a regular member of Joe Gransden’s big band, will be playing with some of the best local talent.

Russell Gunn’s latest release, a metal-hip-hop-jazz take on Black Sabbath tunes, is one of local label HotShoe Records’ best recordings. Though he calls Atlanta home, this Chicago-born trumpeter got a foothold in jazz during the Young Lion days in New York City, playing in Branford Marsalis’ funk projects and performing with Wynton Marsalis in the Pulitzer Prize–winning Blood on the Fields. With the Krunk Jazz Orchestra, listeners will be in for a genre-bending blend of improvised music.

My recommendation for Sunday is to get as close to the main stage as possible as soon as you can because the two closing acts of the Atlanta Jazz Festival are sure to put on an amazing show. Ahmad Jamal is the closest thing the festival has seen to jazz royalty since Herbie Hancock took the stage in 2007, and his lead-in, Bill Frisell, is one of the top guitarists in jazz. Together with Roy Hargrove, these two performers truly set the bar for future festival lineups.