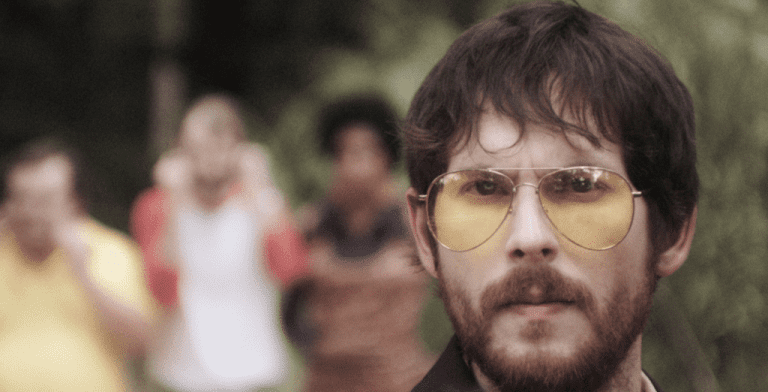 Ever since SXSW (South by Southwest) added a film component to their yearly festival in Austin, Texas in 1994, it has become as much of an anticipated event as the Sundance Film Festival. This year’s festival held in March was particularly significant because the SXSW Film Grand Jury Prize for Best Narrative Film went to The Arbalest by Atlanta filmmaker Adam Pinney.

Atlanta audiences will get a chance to see the film when The Arbalest premieres on April 5 at the Plaza Theatre as part of this year’s Atlanta Film Festival.

Past winners have included Lena Dunham’s Tiny Furniture, Short Term 12 starring Brie Larson, and Trey Edward Shults’ Krisha, all of which were picked up by distributors for theatrical runs across the U.S., so The Arbalest is in a select group, and an impressive achievement for Pinney in his feature film debut.

But it didn’t happen overnight. Pinney has been involved in various facets of moviemaking for more than 13 years. As part of an Atlanta film collective Fake Wood Wallpaper, he has worked with his colleagues on various film shorts and features as screenwriter (Blood Car, A is for Alex), cinematographer (Too Many Cooks, The Adventure) and editor (Congratulations!). Still, the reception of The Arbalest at SXSW was more than a little surprising to him.

The industry buzz around the movie was particularly intriguing because most reviewers were hard pressed to pigeonhole The Arbalest by genre. The film has been labeled everything from a psychological puzzle to a dark comedy to a romantic melodrama and even stirred up some controversy among attendees who were passionately divided in their reactions.

Richard Brody, film critic for The New Yorker, served on this year’s SXSW film jury and defended the prize selection, stating, “It was different from all the other films in competition; it was the only one that displayed, from beginning to end, an original and distinctive sensibility in all the aspects of filmmaking, including performance and camera work, narrative structure and emotional tone, decor and gesture — and, above all, ideas.”

Pinney admits that the film was a highly personal project and might be hard to categorize. “To be honest, I wasn’t really sure what kind of genre it was,” Pinney said. “It does cover a lot of bases and has a lot of different tones and themes to it. While that could be a detriment, I take it as something much more interesting. I would want to see a movie that’s described five different ways by five different reviewers.”

As for a brief synopsis of the plot, Pinney reveals, “It’s about the inventor of the world’s greatest toy and his decades-long obsession with the woman who hates him. It’s a period piece and takes place in the ’60s and ’70s.”

Pinney previously directed two short films, but The Arbalest was always intended as a full-length feature. “It’s like a combination of a dozen ideas I’ve had over the last 15-20 years cobbled together into this one story. I did write a one-act play that had the same lead actor [Mike Brune] in college and was kind of a period piece about a toy and a Rubik’s Cube competition, so it evolved from that a little.”

The decision to make the film as a period piece might have deterred other first-time directors, but Pinney stated, “When I was writing it, I knew it would be a small film that only takes place in three or four locations, so I wanted those locations to have visual interest,” he says. “We have a large hotel room which is our 1968 set. It has a New York City backdrop outside this giant hotel window and we built a cabin in the woods for the ’70s era. I was very fortunate enough to have friends who are incredibly creative who did the set design, the costumes, etc., so it really wasn’t a challenge.”

Another distinctive aspect of the film is the original score composed by Thomas Barnwell and Ian Deaton, who began working on The Arbalest when it was still in the rough cut stage. Barnwell said that Pinney “put in some stock music like Simon & Garfunkel, and we wanted to match the tone of those guitars and the airy compression they use in old ’60s recordings.”

Although the two composers have worked with Pinney on other films, Barnwell notes that, “This was the first one where we felt in some scenes we were driving the emotion and pushing the story forward instead of just having the music inserted in the background.” The score, which includes both original songs and recurring character themes, conjures up an evocative atmosphere that is often mysterious and haunting but also flavored with touches of folk, surf and psychedelic rock ‘n’ roll music.

Although The Arbalest will probably be on the film festival circuit for a while, Pinney is already planning his next project while supporting himself as a freelancer. “I work part time at Dad’s Garage Theatre,” he says. “I’m an illustrator and graphic designer there but I also do production work. I work for a company that produces a show for Adult Swim (Your Pretty Face is Going to Hell) that I’m a camera operator on.” He also continues to collaborate with local filmmakers and is slated to edit the feature film Poor Jane, directed by Katie Orr, and featuring a score by Barnwell and Deaton.

Directing feature films, however, remains Pinney’s ultimate ambition. “I’ve wanted to be a filmmaker since I was 13 years old, and doing all these other things has taught me how to make a movie,” he says. “Being a cinematographer, being a grip, being a production assistant or an editor helps you to put it all together because you understand what each department does.”