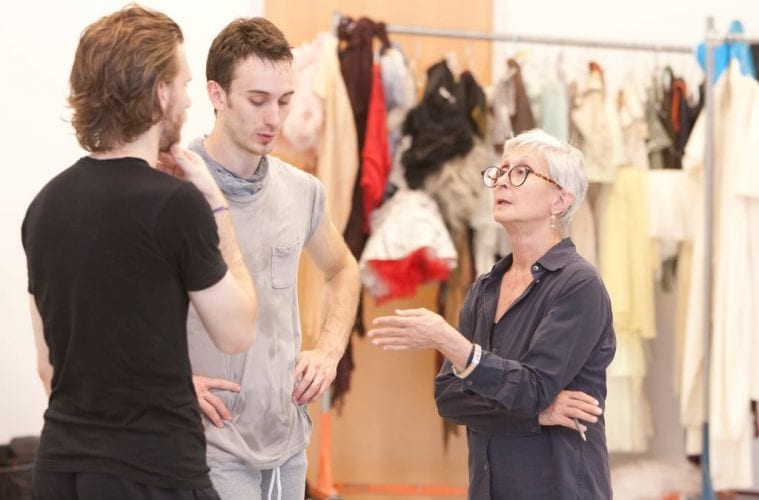 Twyla Tharp is no stranger to Atlanta audiences. She chose to preview her Broadway show “Come Fly Away” at the Alliance Theater in 2009 (then titled “Come Fly With Me’”) and launched the show’s touring company here as well.

Now, in a historic undertaking, the celebrated choreographer has created a full-length story ballet with Atlanta Ballet. “The Princess and the Goblin,” a fantastical story based on George MacDonald’s 19th-century fairy tale, will have its world premiere at the Cobb Energy Performing Arts Centre February 10-19.

Tharp chose Atlanta, in part, because of what she sees in its audiences. “I think there is an open-mindedness and enthusiasm, curiosity and energy from the audience here,” she says.

She also found in her partners, Atlanta Ballet and the Royal Winnipeg Ballet of Canada, the commitment that mounting a new story ballet requires. She needs lots of rehearsal time and resources, and an organization-wide buy-in, from the dancers in the studio to the front office.

“I think that a good word to use is ‘willingness,’ ” says Tharp, who has choreographed more than 135 dances, five Hollywood movies and four Broadway shows in her five-decade career. “I think that where there is a will, there is a way.

“They [the Atlanta Ballet organization] back that with various gifts,” she says. “The enthusiasm and good spirits and the positive energy in the room are critical, certainly with a piece such as this. We are all focused on communicating the story.”

A modern-day romantic, Tharp believes that story ballets are still relevant. She says she’s been thinking about making one based on the MacDonald story for 20 years. It’s an ideal vehicle. A sort of “Downton Abbey” of fairy tales, it features two starkly contrasting environments: a peaceful kingdom and a gnarly goblin underworld. There are wonderful roles as well: the haughty King Papa; Princess Irene, his spunky daughter; the magical great-great-grandmother, who grows younger every time she appears to guide Irene to her destiny; and, of course, the goblins.

But it was mainly the pathos and message of the story that attracted Tharp. It differs dramatically from other 19th-century fairy tales such as “Sleeping Beauty,”“Cinderella” and “Snow White,” in which a prince rides to the rescue. Call it feminist, if you will. Irene, who comes of age in a crisis when the goblins abduct her two sisters and the town’s children, succeeds by demonstrating self-reliance and courage.

Tharp and assistant Sarah Hillmer at work in the Atlanta Ballet studios. (Photo by Charlie McCullers)

Children play a vital role in reconciling the two domains. They restore peace above and below ground. Their realization that they can empower through goodness is the moral of the story. As Tharp says, quoting a familiar adage, “The child is father to the man.”

How do you sustain a story and make it move along to keep the audience engaged without grimace-acting or the inscrutable old-school mime? “Learning how to work through narrative, develop action that supports it and continue to pace an entire evening — it’s an ongoing process,” she says.

The music is important, of course. Tharp chose Franz Schubert and compositions by Schubert scholar Richard Burke. But it is the choreography and what the dancers do with it that makes the ballet work.

As with her Broadway shows, “Movin’ Out” and “The Times They Are A-Changin,’ ” there is none of the expositional walking around of traditional story ballets. Tharp is famous for her high-energy, nonstop style, and this ballet is 75 straight minutes of imaginative choreography. It encompasses pure elegant classicism, athletic partnering and daredevil lifts, as well as down-and-funky shrugs, slouches and little movements that Tharp calls “stuffings.” Goblins and earthlings clash vigorously and with much humor that is built into the choreography.

Tharp, with Cameron Walls, leads a rehearsal for “The Princess and the Goblin.” (Photo by Kim Kenney)

This is her first time working with children, and the first-time grandmother has enjoyed getting right in the middle of the group to teach them to march with vigorous arm-swings and scurry around like little bugs.

“The kids are fabulous, vivid, very smart, totally present,” she says. “I love them.”

At the outset of the project, John McFall, Atlanta Ballet’s artistic director, said his company was up for an adventure. It’s safe to say that everybody got one, including the choreographer.