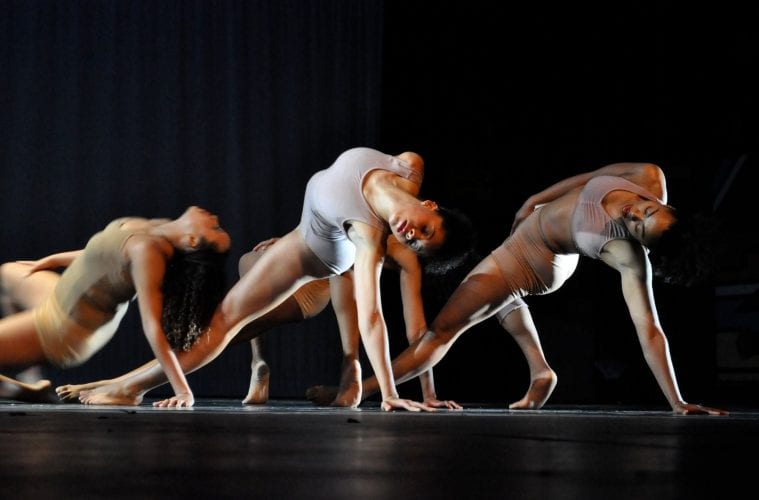 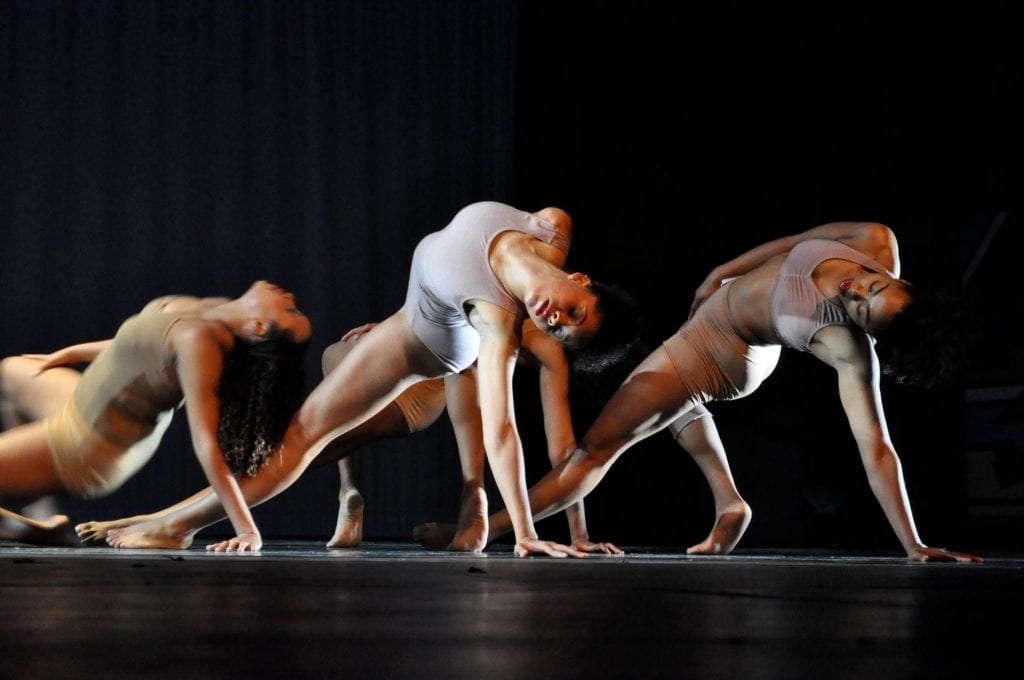 The performance is inspired by images and stories from the protests that erupted early last year in Cairo’s Tahrir Square. While the protests eventually toppled the Egyptian government and were the high point of last year’s “Arab Spring,” demonstrations and violence continue at Tahrir Square because the Egyptian military has yet to relinquish control to a civilian government.

“Bearing Witness” will be performed Saturday, April 7, at 8 p.m. in the Camille Olivia Hanks Cosby Academic Center at Spelman College.

Lindsay, a professor of art and art history at Spelman, said his approach to “Bearing Witness” is influenced largely by his formative years as an emerging artist on New York’s Lower East Side. In the 1980s, he worked closely with Sandro Dernini, his cohort in a New York University doctoral program, who conceived of the Plexus performance art movement.

The name “Plexus” comes from a biological term. “It’s a place where a number individual muscles come together, act as one, and then go back into being their individual thing,” Lindsay explained. “Bearing Witness” will bring together a number of individual works that will merge to form new relationships to one another. Collectively, they pull more weight, with greater range of expression, than as individual pieces. The work also shows the influence of the “Artist in the First Person” philosophy, in which each individual work stands on its own but can be part of a larger, more meaningful work.

Individual parts of “Bearing Witness” will be unified, Lindsay said, because “they all drink from the same well.” 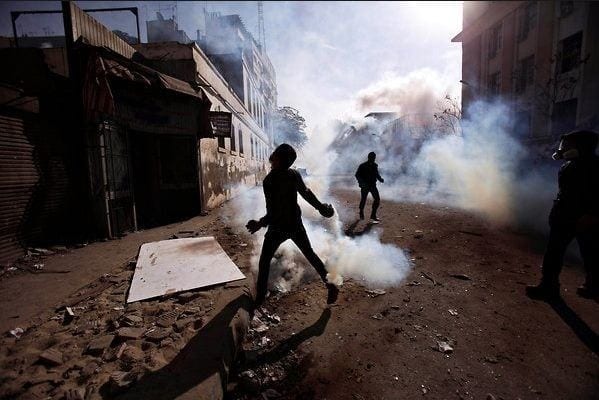 That “well” is a repository of images of the events in Tahrir Square taken from various media — the BBC, Al Jazeera and CNN — that depict both soldiers and protesters during the demonstrations. Students helped contribute to this repository, which can be found on Lindsay’s Facebook page. In response to the images, they created their own poetry, choreography and installation art.

These works will appear within a circular installation that Lindsay has set up in the Cosby Center lobby. Eight to 10 white pedestals will define the circle, each with a video monitor on it. In front of each monitor will stand a black chair, where arrests may be represented at some point in the performance. A taped loop of images will run in sequence in a “visual canon.” Other images will appear on two larger monitors at either end of the performance area. Lindsay stressed that the video clips will give a balanced perspective, representing both sides — the military and police as well as protesters.

The event is the first phase of a larger project that will culminate with a similar performance art event at the Saad Zaghloul Cultural Center in Cairo in September. 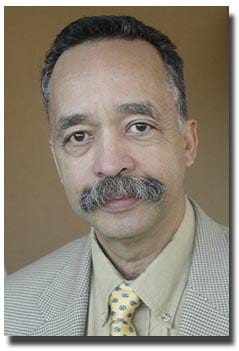 Arturo Lindsay: I’m living in the city where the civil rights movement really began, and I go to Martin Luther King and his writings. I thought [King] was probably the best early performance artist of the latter part of the 20th century because he talked about having protests, marches etc. in the light of the day — and just before the 6 o’clock news and the 12 o’clock news etc. — so that the television cameras and the newspaper reporters could be there to see it.

When they witnessed what was happening — crossing the Edmund Pettus Bridge in Selma, Alabama, and they were beaten and brutalized — that went all over the world. And it was the rest of the world that was going, “Wait a minute. This can’t continue to be like that.” If people did not bear witness on the civil rights movement, it would never have been successful.

Keeping that in mind, I’m looking at what’s going on in Cairo. In this case, I’m just being an artist, I’m not being a reporter. I’m not a journalist. I’m not a political scientist. I’m not saying this person is right, that person is wrong — I’m just saying this is what’s happening over there. My intent is to work with artists to find creative ways in which to talk about their experiences.

ArtsATL: You mentioned that you want people who see this to come away from it with the feeling that they’ve been part of a ritual. Can you say more specifically what you would like for them to feel or be thinking about?

Lindsay: What they think or feel is up to them, because I do believe in freedom of thought. Let’s put it this way. I’ll give you an example. One of my students was flying back from break, and happened to have been on the little subway that comes from the plane to baggage claim. [She] struck up a conversation with an elderly couple. Somewhere in this conversation, my student realized that these people were from Cairo and … blurted out, “Oh, wow, we’re doing a project.”

This elderly couple looked at her and said, “You’re doing what?” And then my student just went on talking about the different things that she had been seeing. And she said that this elderly couple were almost coming to tears: “You mean somebody is paying attention to what’s happening to us?”

I’ll give you another example. And this is with one of my students. There was a young Egyptian woman. [Samir Ibrahim was in a group of women detained during a demonstration and then beaten, given electric shocks, strip-searched and forced to undergo “virginity tests”; Ibrahim successfully sued to end such tests on detainees.] My student was very moved by this and she created a work, a little installation with a bit of performance in it. So she’s been paying attention to this woman; she’s read much about the case.

Thursday, as I’m driving in to work, this woman’s name comes off the radio through NPR, because the doctor that performed the virginity test was just exonerated by the military court. I come to class, and before I could say anything, my students said, “Did you hear what happened?”

Now, that little piece of news probably came by a million people in the U.S. and it didn’t mean anything. But this particular woman, her circumstances, touched the life of my student. And that makes me think, “OK, we’re doing something that’s right.”