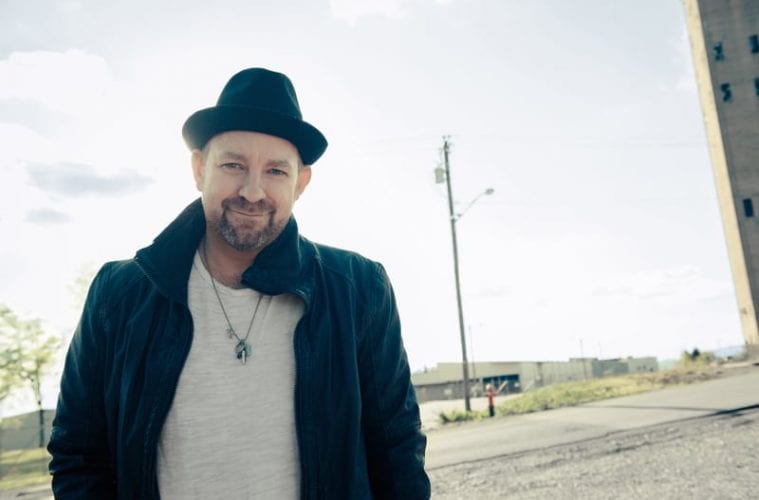 As she was working on her new show Troubadour, Janece Shaffer estimated she had room for around four songs in the piece. Yet once the playwright convinced Kristian Bush to come aboard to write the music for those numbers, and she and Alliance Theatre artistic director Susan Booth saw what they had from him, they pushed on. Soon, Shaffer had her first full-fledged musical, although it was never planned that way.

No stranger to writing plays for the Alliance Theatre, Shaffer was visiting Nashville with her husband three years ago when the idea for the show came to her. While taking in a display of costumes she saw at the Country Music Hall of Fame — most of them black, white, brown and grey — she noticed a point where the costumes became more colorful. When she saw some Jewish-sounding names as the tailors, she wondered why these men were bedazzling country music. After buying the Hall of Fame encyclopedia and contacting the curators, she had the idea for her next play. Troubadour, running through February 12, is the story of a father and son in Nashville circa 1951. Billy Mason (Radney Foster) is the king of country music, with 217 songs behind him, but he is about to retire. Everyone is looking for the next version of him, and eyes turn to his son Joe (played by Atlanta’s Zach Seabaugh, seen on The Voice), a bashful type who is not the most likely candidate. “The story is about, can the son find the gumption, the talent and the support he needs to step into the spotlight and be what he wants to be,” says Shaffer. Along the way Joe teams up with a few others — an Alabama singer-songwriter, Inez (Sylvie Davidson), and a Russian-Jewish rodeo tailor, Izzy (Andrew Benator).

The period when Shaffer’s agent began circulating the script was a hard one. The playwright didn’t know if people were reading it or if it was in a stack on their desks. So she decided to take matters into her own hands. “I was tired of waiting, so I started researching who would be great [musical] storytellers,” she said. “Kristian came up quickly, and I said, ‘He is the guy for me,’ and I started asking who had a connection.” Eventually she found an email address and contacted him, although she groans now at the letter she wrote.

Later, while she was with her husband at Fernbank Science Center, in line to get her picture taken with Big Bird, Bush responded to her email. “It was fast, and he was super cool,” Shaffer recalls. “We met at the Flying Biscuit, and he killed it.”

The Atlanta-based singer-songwriter, known as one half of Billy Pilgrim and Sugarland, as well as a solo artist, was flattered by the invite. “Most of the time when I am called to write it’s for film or TV, or as an artist,” he says. “I was game to find out more. If someone researched me and they are here — it’s better than me flying to L.A. to do it. Janece was perfectly kind and polite. I will try anything once, as long as it’s about making something up.”

He was taken by the story and had a slew of questions for the playwright. Bush was eventually so inspired, he even began singing into his phone as they met. Once he was back at his Decatur studio, he got to work. When Shaffer received the first songs a few days later, she knew she had exactly what she needed. She flew to Booth’s office with a grin. “I found the story. . . and look what else I found,” she recalls telling Booth, who was set to direct the show. “Get a load of these four songs.”

After that first breakfast, Shaffer and Bush would meet in fits and starts. It certainly helped that the initial correspondence was only about a handful of songs. “If you had asked me to write a musical, I would have said I need that like I need a hole in the head, because I was so busy,” says Bush. Ironically, that is how his involvement with Sugarland began: he agreed to help write an early song, but would have balked at the idea of helping start a country band. Bush and Jennifer Nettles are the core of Sugarland. (Photo by Whitney Pastorek)

The Troubadour score currently has 14 songs, but Bush would not be surprised if that total changes before opening night.

Bush’s own background has given him insight into some of the characters and the milieu. “I come from the mountains, from Appalachia, and I was weirdly, classically trained,” he says. “I grew up playing the violin, and my friends had fiddles. Same instrument, but a different attitude. As life progressed, I wound up being a fan of bands like The Clash and I ended up having a rock band and then a country band. Now, I am sitting in the thick of the story Janece is telling. I had to find a time machine to do the research, but a lot of the characters have not changed. I know some of them, so it’s easy to imagine.”

Although he normally works in pairs, Bush does write for himself. What his experience has taught him is that songwriters inevitably use their own experiences as fodder. “When I write for myself, I notice, it’s about me,” he says. “Even when you think you are writing about others it’s about you. So I thought to myself, what happens if I bake this into these characters? That was interesting to me.”

In a happy coincidence, Bush has a new single called “Sing Along” that drops just two days before the official opening night on January 25 after a week of public previews. “It’s going to be a big week for me,” he says. “I am excited.”

Meanwhile, Shaffer is gearing up for her sixth premiere at Alliance. Having worked at the theater in public relations before writing her first play (He Looks Great in a Hat), the environment feels safe. “It is a place I can play and take risks,” she says. “Susan tells me to go deeper, and I trust her implicitly. This is my fourth play with her. This feels like home.”