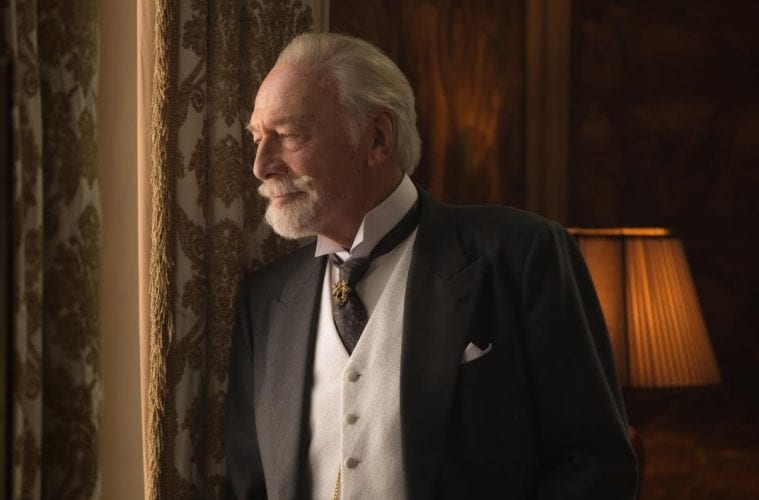 In its 17 years of existence, the annual, three-week Atlanta Jewish Film Festival has become the largest of its kind, worldwide. It’s hard to imagine the city without such a crucial cultural anchor — one that in some ways eclipses older, beloved cinematic institutions, the Atlanta Film Festival and Out On Film.

So why in the world does the AJFF want to expand its programming to span the year, in addition to its hectic 23-day schedule of films, panel discussions and special appearances by filmmakers during the winter months? You’d think its staff would want a little rest.

“There used to be a time when we had a hiatus after the festival,” AJFF executive director Kenny Blank admits with a laugh. “Now it’s nonstop.” 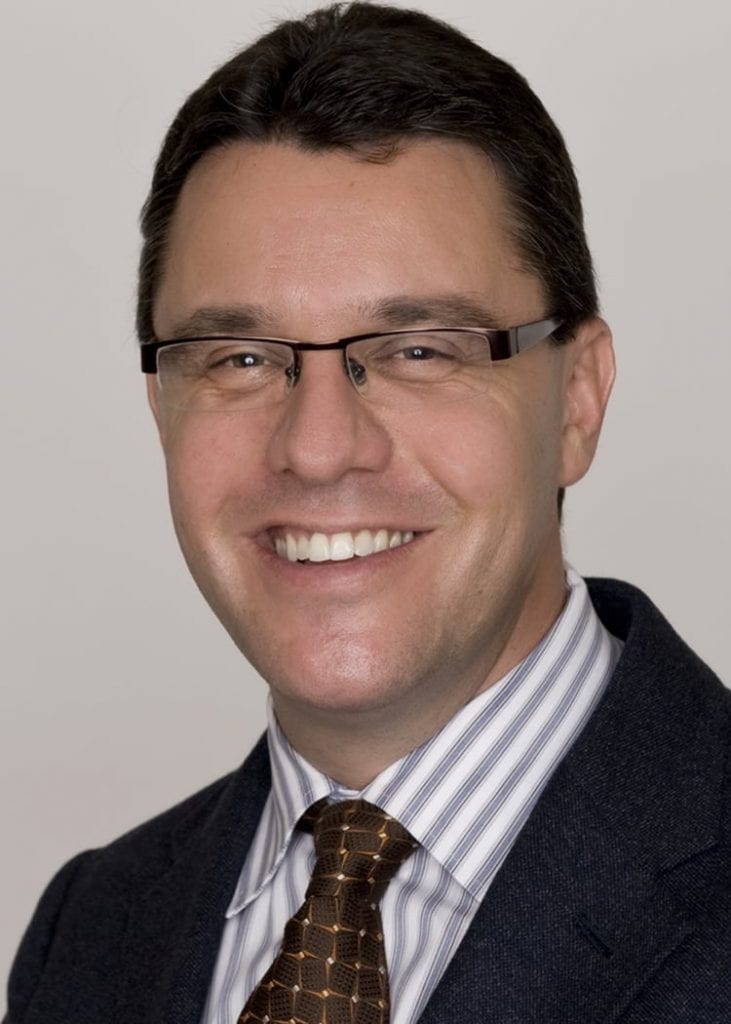 AJFF has already experimented with one-off screenings and other programs in recent years. Now, those experiments are becoming official elements of the organization. The newest, which kicked off last month with a screening of The Wedding Plan, is the series called AJFF Selects. It’s intended to present a screening monthly of a new film, independent of the festival’s dedicated three-week window.

“There is an enormous number of incredible films out there in the world, and most of them aren’t going to make it into Atlanta at all,” says Brad Pilcher, associate director of AJFF. “We want to make sure those films get seen, and in some cases these films wouldn’t be available to us during the 23 days of the festival.”

This month’s Selects title is the WWII drama The Exception, starring Christopher Plummer as the exiled Kaiser Wilhelm II, who receives some important Nazi guests at his estate in Holland. It screens Thursday at the Regal Tara 4 before its theatrical release Friday at Lefont Sandy Springs.

Showcasing a movie that might not otherwise have an Atlanta booking is a nice thing. But there’s a bigger intent behind AJFF Selects. These screenings can serve as an entry point to AJFF for people who might feel a little overwhelmed by the annual juggernaut that the festival has become.

“We’re victims of our own success, in terms of reputation,” Blank says. The festival’s screenings, for instance, have a history of selling out. “There’s the sense that you have to buy tickets weeks in advance. I don’t think that’s necessarily inviting for a first-timer to the festival. The way we’re going to be able to continue to diversify and to bring new audiences into the festival is to have more touch-points throughout the year. With these other programs, the barrier of entry will be lower and more inviting.”

The Selects series joins a couple of other formalized events created outside the normal festival schedule. Last year, AJFF inaugurated its Icon Award for Contributions to the Cinematic Arts. Its first honoree was Lawrence Kasdan, writer-director of classics like Body Heat and The Big Chill, and a scripter of The Empire Strikes Back, Raiders of the Lost Ark and other indelible works. (The next Icon recipient hasn’t been announced yet.) Then there’s Cinebash, the big party scheduled after the end of the regular festival, aimed at younger crowds. 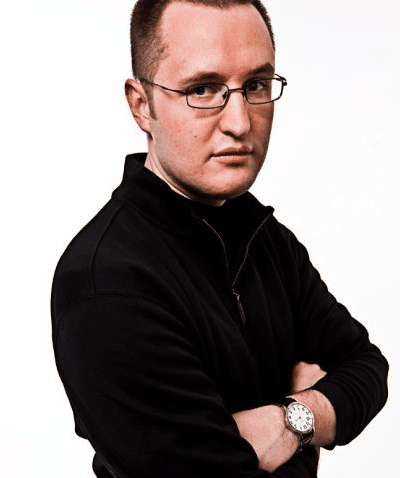 Expanding programming around the calendar isn’t unusual for film festivals. Out On Film, for instance, does it.

“We started doing year-round programming a few seasons ago and have been successful with it,” Out On Film’s director Jim Farmer says. “We have added programming throughout the year for two reasons — to keep our name out there throughout the year, and to show films that we simply couldn’t squeeze in for our annual festival.” [Full disclosure: Farmer is an ArtsATL contributor.]

The AJFF has bigger ambitions, at least if you consider its next initiative: AJFF on Campus is a program designed to let college students create and present their own multi-day mini-festival, which will likely feature a mix of new and Best-of-the-Fest films.

“We have been in conversation with Emory this past year about doing a pilot version of AJFF on Campus,” Blank says. It’s slated to happen in the coming school year, and groundwork is already being covered. “We have a film selection committee made up of Emory students who are prescreening films.”

While Emory has a strong Film Studies program, the students on the committee aren’t just coming from that discipline. “Some have backgrounds in international studies and social justice issues,” Blank says. That range of interests reflects the globe-spanning topics that drive many of the films in AJFF’s festival programming.

“These films deal with meaty, substantive, timely issues,” Blank says. “We’re working directly with the university to find ways to integrate the films into the curriculum of some of their departments. They have committed to find ways to tie them into classwork and find opportunities for students to receive extra credit or make some of these screenings a requirement.”

Pilcher admits the on-campus project presents a big learning curve for AJFF staff, “but it’s exciting,” he says. “It gives us an opportunity to reach a population that deserves a lot of credit for their interest and curiosity — not just about culture, but all the complexities going on in the world. It’s an incredibly cosmopolitan group at that age.”

In future years, depending on how the Emory pilot program works (or doesn’t), AJFF on Campus could rotate to other universities, possibly more than one at a time. For now, it’s an experiment. The program’s future depends on what AJFF learns from this initial attempt, and the feedback coming from the students involved.

“We want to cultivate the next generation of film enthusiasts,” Blank says.

In an age of fragmented viewing via digital streaming and tiny screens, that’s a worthy challenge. The communal experience of watching the dramas, comedies and documentaries that fill the festival’s three weeks of programming every year has always been as important as the movies themselves. So is the conversation the films generate.

“We are looking to expand the sense of our community,” Pilcher says, citing the second grant from the Academy of Motion Picture Arts and Sciences (a.k.a. the organization behind the Oscars), awarded to the AJFF in May for the screening and panel program “Life in Israel.”

“That second Academy grant affirms what we’re doing around new programming,” he says. “It affirms the key mission we’re trying to accomplish — using film as a sort of anchor point around which people can talk to each other, learn about each other, and engage with each other and have it feel safe, but still demanding and challenging. The more we can find ways today to create dialogue within a safe space, the better off we all are.”

Christopher Plummer’s performance as the spoiled, exiled king of Germany, Kaiser Wilhelm II, is reason enough to see The Exception. As for the rest of the movie, well, it’s a handsome, guilty pleasure. The drama’s focus is as much on the bedroom shenanigans of its two young leads as on the world-shaking events of Europe in 1940.

Jai Courtney (handsome, muscular, dull) stars as SS Captain Brandt. Haunted by a shocking experience in Poland, he’s assigned to Holland to attend to (a.k.a. spy on) the Kaiser. His job is to learn if the ancient fellow is willing to play ball with Hitler and the Nazis, or if Wilhelm needs to be given an even more decisive exile.

This plotline gets sidelined, frequently, when Brandt falls into bed with comely housemaid Mieke (Lily James), hiding her identity as a Jew. But hey, nobody’s perfect — at least as long as you’re young and hot and willing to strip for the camera, as these two are.

The bodice-ripping scenes are more silly than disrespectful. Meanwhile, the better, older actors keep rowing the movie forward. Foremost is Plummer. His Kaiser is an overgrown, paranoid baby who nurses ancient grudges and assigns blame to everybody but himself. Sound familiar?

Janet McTeer as his long-suffering wife keeps cleaning up after her husband’s faux pas, which becomes more dangerous with a visit by Heinrich Himmler (Eddie Marsan, fine and creepy as always). When the movie concludes with a nighttime escape, and Nazis in pursuit, you would be excused for thinking all it needs is a sheepish-looking nun with spark plugs in her hands, a la The Sound of Music.