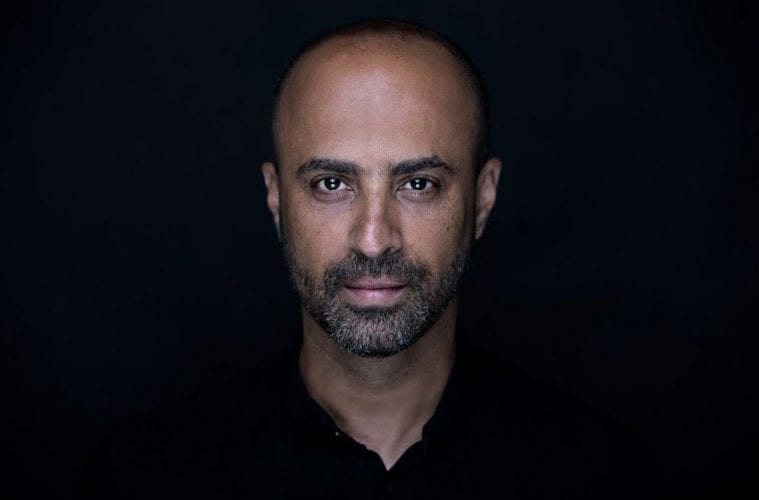 If you attended the Atlanta Jewish Film Festival last year, you might have seen Wedding Doll (2015), a poignant drama about a young, mentally disabled Israeli woman struggling to become self-sufficient. It marked the feature film debut of Nitzan Gilady, who had spent the previous 16 years working as a documentary filmmaker. Thanks to Charles and Lynn Schusterman, who founded the Visiting Israeli Artists program in 2008 in partnership with the Israel Institute, Atlantans will get an opportunity to see screenings of five of Gilady’s films at Emory University over the next two months, with the director in attendance for a Q&A session after each screening.

Gilady has garnered numerous awards and honors at film festivals around the globe, and his documentaries are particularly notable for their focus on often complex social issues. He examines Israeli-Palestinian relations within the context of a theater production in The Last Battle (1999), investigates a controversial case involving the Satmar Hasidic sect in Monsey, New York, with In Satmar Custody (2003) and champions human rights in his depiction of the 2006 International World Pride March in Jerusalem Is Proud To Present (2008). Wedding Doll, on the other hand, shows Gilady transitioning into narrative fiction with ease and confidence, partly due to his early theater training.

Initially, Gilady planned to become an actor. “After the army, I came to New York to study in the theater group Circle in the Square, which was mostly classical theater: Shakespeare, Chekhov, etc,” he says. “Unfortunately, because of my looks — my origins are Yemenite — the only auditions I would get would be to play a terrorist. And I didn’t want to do that. I wanted to do serious theater.”

A major turning point occurred when Gilady was up for a key role in a HBO film in the mid-nineties. After five callbacks, the producers finally decided to go with an American actor instead who had to wear a wig and perfect an accent for the part. But Gilady’s time in New York City was not wasted, and his purchase of a video camera brought him an unexpected opportunity. “I shared an apartment with one of my best friends, Mili Avital,” he says. “She studied with me at the same school and at one point she was discovered in a restaurant and cast for a Hollywood film with a budget of $100 million, Stargate.” He had shot a lot of video of Avital prior to her breakthrough success, and it became a calling card. “I had this footage so when I went back to Israel, I approached one of the biggest TV channels and gave them a proposal,” he says. “They got back to me right away and gave me the option to direct my first documentary film [on Mili Avital].”

Gilady could have continued to work on commercial television projects, but decided instead to form his own production company and make documentaries that reflected his own interests and concerns. The Last Enemy, a dynamic depiction of an Off-Broadway play rehearsal that involved Israeli and Palestinian actors performing together, was his first independent documentary, and it evolved out of a meeting with Naomi Ackerman (she will be present at the Q&A following the screening). “She was one of the actresses in the play and she approached me and told me about the project, part of which was being supported by the Peres Center for Peace,” he says. “We made it for like $30,000 U.S. dollars. I just took a risk because it was such an interesting idea of bringing Israeli and Palestinian actors together to work on a play that was written by an American playwright [Jim Morrione].”

The budding director found his next project while reading a New York newspaper article that had similarities to an unsolved mystery from the 1950s involving the disappearance of hundreds of Yemen babies in Israel. A Yemenite couple, Yahia and Laurza Jarad, were desperately trying to retrieve five of their children from the Satmar Hasidic community in Monsey, New York with the help of Yemenite activist Shlomo Jarfi. The children had been taken from their parents by a U.S. court and distributed among separate families in the sect, and Gilady’s documentary, In Satmar Custody, exposes the bizarre behind-the-scenes details of the case. “We follow this couple for almost three years in a story that I couldn’t actually believe really happened,” he says. “We had to shoot the film with hidden cameras or shoot from cars. We couldn’t walk freely around, so it wasn’t an easy task. But because I believed this is a story that needs to be told, I went all the way with it.” Gilady’s Jerusalem Is Proud To Present documents a risky Pride march in Israel.

Equally controversial was his next film, Jerusalem Is Proud To Present, in which Gilady unintentionally put himself in harm’s way to document the LGBT community’s 2006 celebration of International World Pride in Jerusalem. The documentary follows several members from the LGBT community center Open House who risk being attacked and even killed as tensions mount prior to the event. As someone from the more liberal and cosmopolitan city of Tel Aviv, Gilady admits he wasn’t prepared for the strong resistance against the March from the religious community in Jerusalem.

“You can see it in the film,” he recalls. “They [the religious protestors] surrounded our taxi and started to attack us. It was really scary. But it was mostly scary for the representatives from the Open House, they were the ones who fought for LGBT rights. I looked at them with admiration because they did it on a daily basis. It’s amazing when you believe in something, how far you can go with it and how you can sacrifice so much of your private life in order to fight for everyone’s rights.”

Gilady’s most recent documentary, Family Time (2012), is probably his most personal and intimate, as it documents his family’s road trip vacation from Los Angeles to the Grand Canyon. Gilady’s parents had known for at least five years that their filmmaker son was gay but never talked about it. Nor did they discuss their disappointment over the middle son’s two divorces (and no grandchildren) or their concerns over the youngest son who was suffering from Post-Traumatic Stress Disorder. But once the trip begins, the picturesque scenery becomes secondary to the family dynamics on display.

Even though Gilady brought a camera along, he never thought he would turn the footage into a film for public exhibition. “The camera turned into a shield for me,” he says. “I’m going to be stuck there for all these days and we can’t talk about anything, so I thought that would actually be a good way to try and talk to them and go through the process of why are we not talking about these things.”

The end result turned out to be a revelation for the entire family. “If you ask if film can change someone, it changed my family,” Gilady says. “It shows how much love is there and that sometimes we just need to face our fears and we need to allow the time — especially within a family — for letting things digest and find their own form.”

Throughout the years that Gilady was making documentaries he was also constantly writing screenplays and making notes for future stories. One of these ideas eventually became the basis for his first dramatic feature, Wedding Doll, which was partially inspired by his job at a toilet paper factory when he was young. Nominated for nine Ophirs (the Israeli Film Academy equivalent of an Oscar), Wedding Doll is an impressive showcase for Moran Rosenblatt in the role of the mentally challenged heroine Hagit, who works in a toilet paper factory and dreams of marriage to the boss’s son. Assi Levy, one of Israel’s most renowned actresses, is equally moving as Hagit’s protective mother, and the film’s setting in the Negev Desert town of Mitzpe Ramon in southern Israel is visually stunning.

The director explains that his path to becoming a filmmaker was often frustrating, but the key is to be persistent and never give up. “I tell my students this: The only people who actually make it are the people who know that the refusals and rejections they get are just another step to bring them closer to their dream,” Gilady says. “I’m the proof of it because I could show you a pile of letters of refusals of all my scripts over the years. You have to believe in what you are doing in order to do it.”

Listed below is the schedule for the Nitzan Gilady series at the Emory Cinematheque in White Hall, room 205. The screenings begin at 7:30 p.m., and are free and open to the public:

Jerusalem Is Proud To Present: April 5