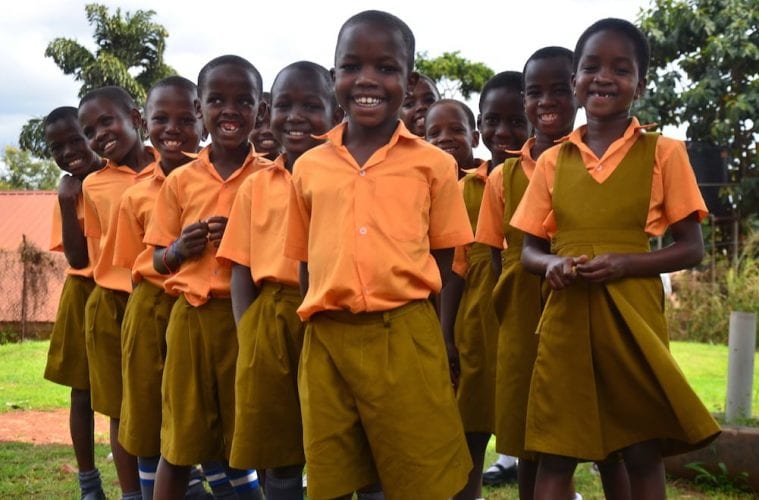 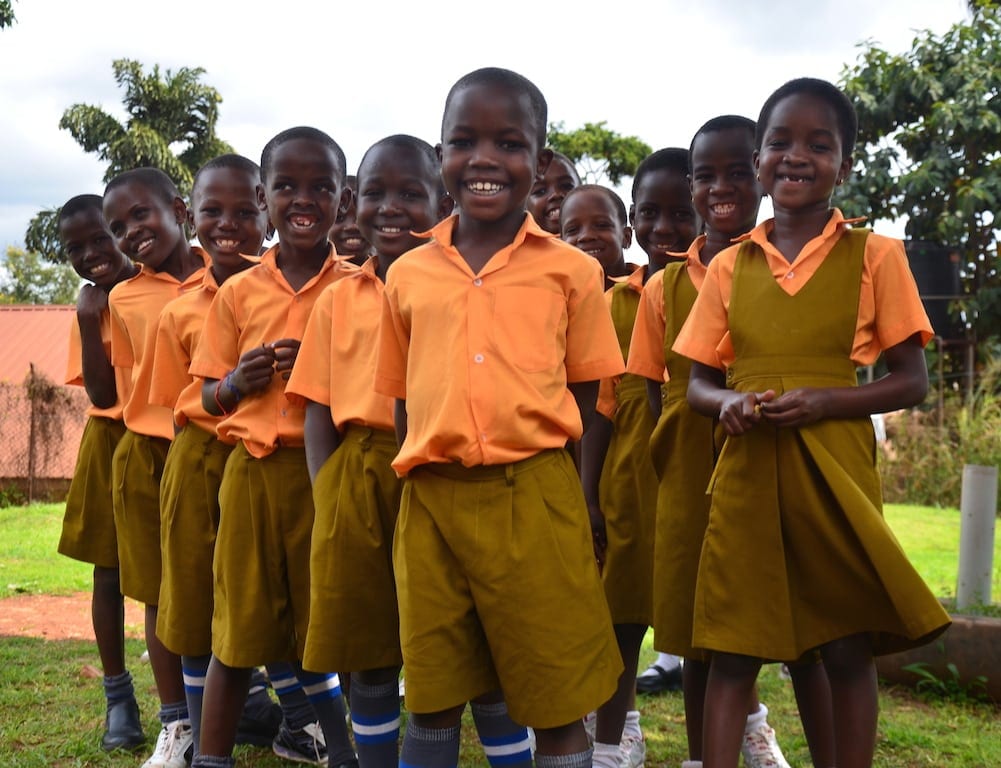 When IMAGE Film and Video launched its first film festival in 1976, the goal of the event was to celebrate and promote independent filmmakers from the region, especially Atlanta and the surrounding area. The film festival became an annual event and eventually became known as the Atlanta Film Festival.

Over time, the programming no longer focused solely on regional media artists but broadened the scope to showcase independent filmmakers on a global scale. Now entering its fourth decade, AFF 2015 (March 20–29) promises to be another feast for film lovers with work from such diverse geographic locales as Sweden, Germany, Spain, Israel, Mexico and India. At the same time, this year’s event might be a watershed year for local filmmakers with more than two dozen features and shorts with direct ties to Atlanta and/or Georgia. 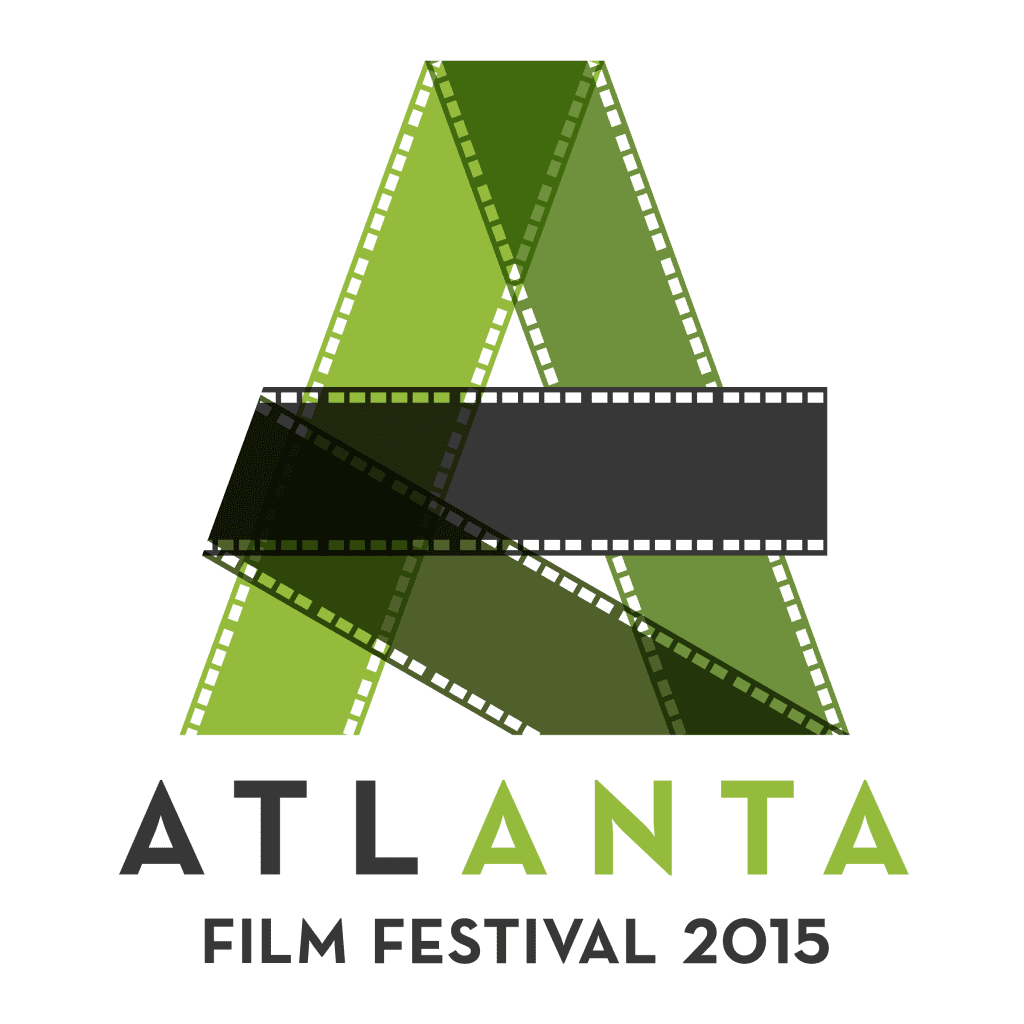 This doesn’t mean that the subject matter is necessarily tied to Georgia or the South. Imba Means Sing, for example, follows the African Children’s Choir on tour in Africa and other locations, juxtaposing the choir’s success with the impoverished backgrounds of the performers. The young singers are between the ages of 7 and 10, many of them from the slums of Kampala, Uganda. But the central focus of the documentary is Moses, the young drummer whose dynamic, crowd-rousing performances transform his life in unexpected ways.

Produced by Erin Bernhardt and directed by Danielle Bernstein (both Atlanta natives), Imba Means Sing was inspired by Bernhardt’s visit to a fund-raising event at Madison Square Garden where she first met the Grammy-nominated choir while interning for Dispatch: Zimbabwe. 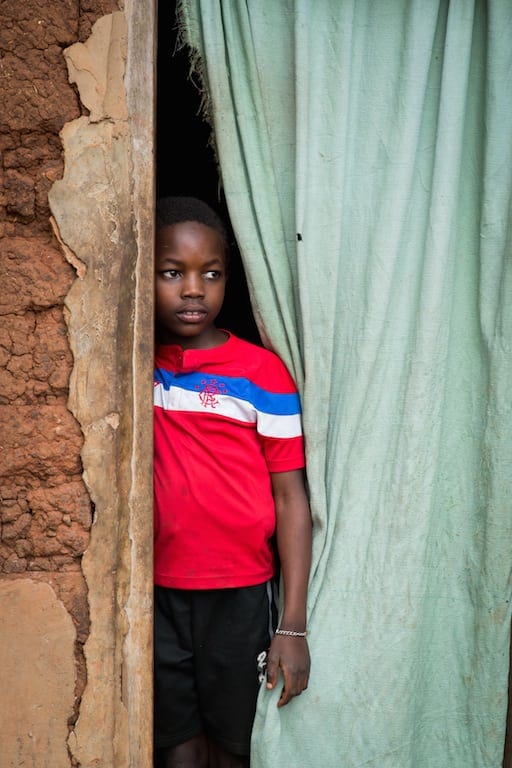 “The kids in the choir, by Western standards, have no reason to be happy,” Bernhardt states. “They don’t have running water. They don’t have electricity. They don’t have toys. They can’t even afford to attend school. However, they are filled with more joy than anyone I have ever met. I wanted to find out why. And once I realized how genuine their joy and hope was, I had to help share their story with the world.”

Providence, Rhode Island, is the setting for Neal Broffman’s Help Us Find Sunil Tripathi, which presents a disturbing and thought-provoking critique of social media and traditional media’s rush-to-judgment tendencies in the immediate aftermath of horrific crimes or terrorist attacks. You might recall the name Sunil Tripathi. He was a Brown University student suffering from depression who was inexplicably linked to the Boston Marathon bombing of April 15, 2013, even though his family had reported him missing several weeks before that and had been appealing to the public to help find him via a YouTube video and social media outreach. 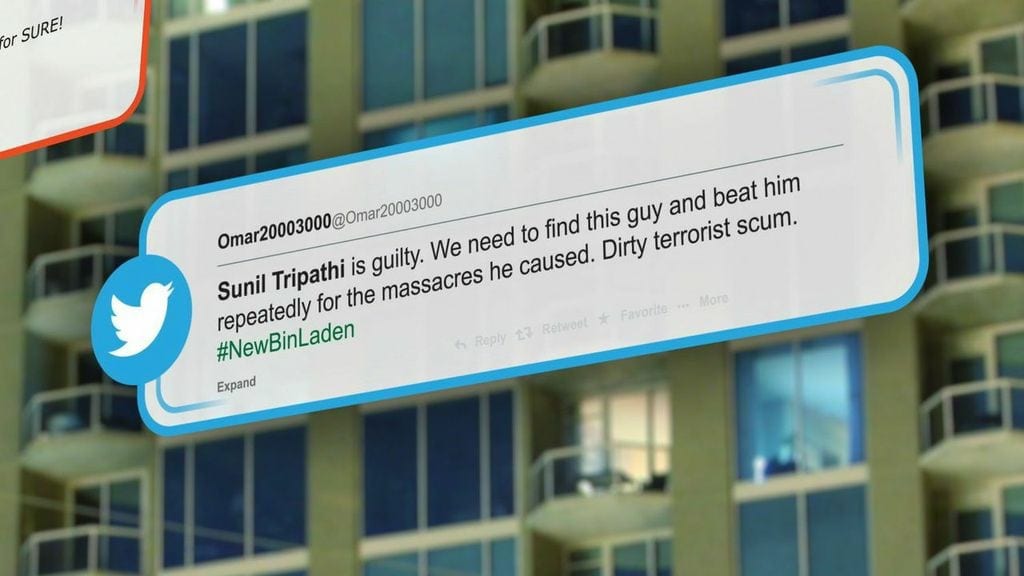 Sunil Tripathi was demonized in the media in the wake of the Boston Marathon shootings.

Help Us Find Sunil Tripathi is an intimate portrait of a family in crisis and marks the first time the Tripathi family has spoken about their ordeal on camera.“It is a film that allows the audience to see what it is like to be on the receiving end of online abuse, accusation, threats and suspicion that literally jumped out of the virtual world and into the real world,” Broffman says. “What happened to the Tripathi family can happen to any of us and that is a scary thought.”

Broffman, who was CNN’s national desk photographer before leaving to start his own production company in 2002, has an experienced, insider understanding on how news is reported, and his documentary is also a wake-up call for reporters in the digital age.

“It is inexcusable that journalists, especially ones from respected organizations, behaved the way they did on the night of the misidentification,” he says. “The phone calls in the film of the reporters using innuendo and nonspecific attribution is disturbing. The retweets by reporters online hiding behind ‘retweets are not endorsements’ are just sad. We should demand better.”

The aftermath of another terrorist act — the 9/11 attack on the Twin Towers of the World Trade Center — is addressed in an equally personal way in Gayla Jamison’s In Our Son’s Name. The filmmaker was initially planning to do a documentary about restorative justice when she came across a story about Phyllis and Orlando Rodriguez on the internet that inspired her to tell their story instead. 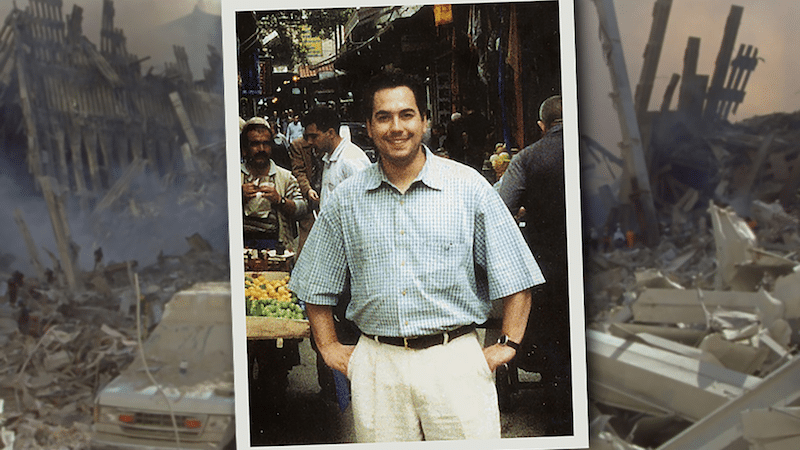 Gayla Jamison’s In Our Son’s Name has a unique look at 9/11.

The couple lost their son Greg in the Twin Towers attack but instead of giving in to feelings of anger and hatred, they chose a different path. Their search for meaning in the wake of the tragedy leads them to reach out and befriend the mother of Zacarias Moussaoui, the one person convicted of conspiracy in the 9/11 attack.

The result is an unexpected and moving account of the power of forgiveness. (Full disclosure: I am a longtime friend of the filmmaker and a board member of Lightfoot Films, Jamison’s production company.)

Regarding the documentary, Jamison says, “Although it’s almost impossible to forgive a heinous act, one can find healing by recognizing the humanity of the perpetrator. As Phyllis and Orlando would say, it means getting rid of something, hatred, for example, or the desire for revenge that ultimately is self-destructive. They don’t preach, however, believing that each person touched by violence must find her/his own way. Interestingly, Orlando describes the film as a love story, and I have to say that I agree with him.”

Among the documentaries that are specifically set in Atlanta are Jef Bredemeier’s Dante’s Down the Hatch and W. Feagins Jr.’s Divided Time. Most longtime Atlantans remember Dante’s Down the Hatch, the popular jazz club / fondue restaurant that was a local institution for 43 years (it officially closed on July 30, 2013).

Bredemeier, who was a former employee at the restaurant, creates an affectionate portrait of owner Dante Stephensen and his atmospheric tourist attraction, which was set in a pirate ship surrounded by a moat with live crocodiles while patrons were serenaded by the mellow jazz sounds of the John Robertson Trio. 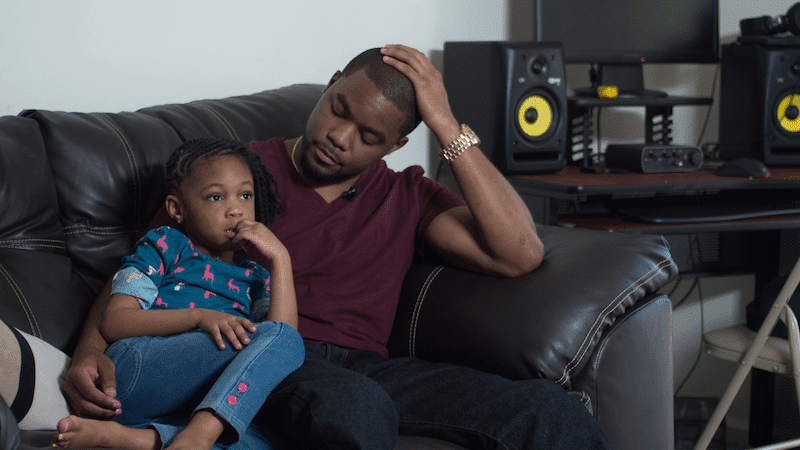 Divided Time promises a new perspective on the world of hip-hop.

W. Feagins Jr., whose film short Underexposed: Indie Hip Hop in Atlanta was a popular favorite at the 2012 AFF, returns with another insider look at hip-hop culture, but this time he focuses on an often unexplored aspect of the scene in Divided Time. How does a struggling creative artist with children juggle parenting with a career in the music business?

Interviewing nine artists at different stages in their careers, Feagins presents what he calls “a new perspective on hip-hop, the artists involved and the challenges faced by those who don’t choose a traditional path but instead opt to hang on to their dreams. I want audiences to see that hip-hop isn’t just about drugs and guns, and there are responsible artists involved.”

While documentaries seem to dominate the programming in the festival, there are several fiction features and shorts of interest. One of the most eagerly anticipated is Sam Carter’s Good Grief Suicide Hotline, a black comedy about an altruist who has trouble fitting in with his degenerate coworkers at a crisis counseling center. 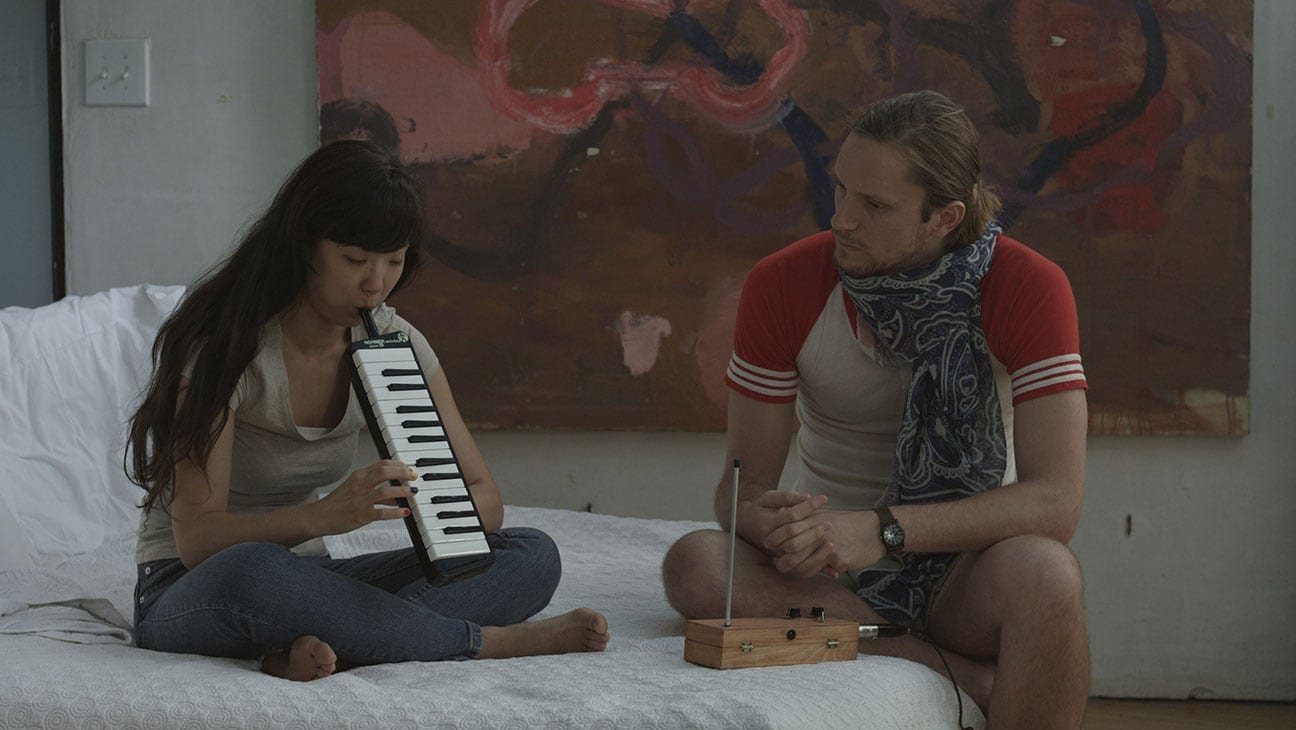 Female Pervert is a film by Jiyoung Lee, an assistant editor on the TBS show Conan.

Carter is well known for mixing puppets with actors in imaginative film shorts created in collaboration with New Puppet Order, but his feature film debut is a departure from that. “I’d written several scripts and sent them out into the world,” he explains. “But none of them seemed to catch on. When Evan Fowler and I began writing Good Grief, something just felt different. I felt like, beyond trying to tell a good story, we were trying to make a point. I realized that the theme of the movie, virtue vs. narcissism, and the fine line that separates them, was a subject on which I had a lot of strong opinions. I’ve never been more proud of anything I’ve ever written than I am of Good Grief.”

A dark, twisted sense of humor is also on display in Female Pervert from director Jiyoung Lee, who works for Turner Broadcasting as an assistant editor on the TBS show Conan. Lee’s film is about a socially awkward video game designer named Phoebe (Jennifer Kim) whose exploration of her own sexuality could be read as an unconventional tale of female empowerment or the antithesis of the typical Hollywood rom-com.

Other films with an Atlanta or Georgia connection include Janie Makes a Play, which takes place in Rio Vista, California, but is directed by Decatur resident Jared Callahan; Satanic Panic 2: Battle of the Bands from Eddie Ray, who works at Adult Swim; Chris Galloway’s The Long Start to a Journey, which covers a Georgia to Maine wilderness trek; and Danielle Beverly’s Old South, which explores race relations in Athens, Georgia.

This doesn’t even begin to cover the number of short films in AFF 2015 that feature Atlanta- or Georgia-based filmmakers such as Brian Lonano’s Crow Hand and Hitori from Raymond Carr, who has a long resume of collaborative and critically acclaimed work in local theater, film and television.