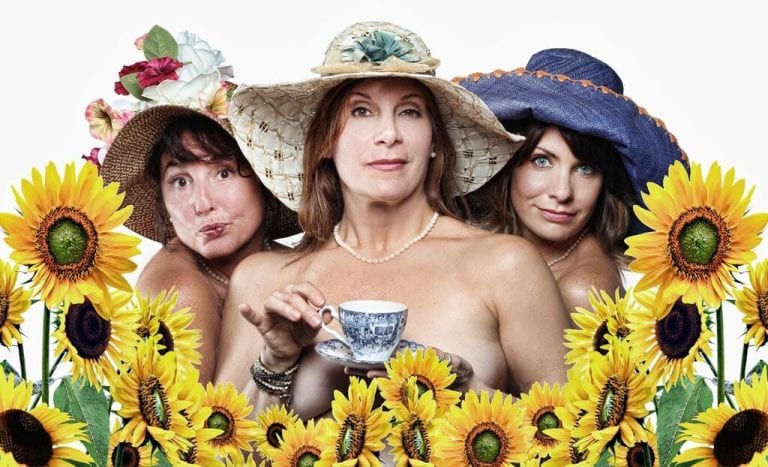 As always, the fall theater season brings with it scores of productions, from original works to new takes on established favorites. In a season heavy with premieres and lots of musicals, here is a list of some of the shows we can’t wait to see. Please note, dozens more could easily appear on the list.

One Flew Over the Cuckoo’s Nest (Alliance Theatre)

While a number of Alliance productions could make this list, we can’t get the image of Tess Malis Kincaid’s Nurse Ratched out of our head. Beyond that, however, this is an all-Atlanta cast of the Best Picture Oscar winner about bad-boy Randle Patrick McMurphy (Neal A. Ghant), new to a psychiatric hospital. Also starring Andrew Benator, Richard Garner, Chris Kayser, Joe Knezevich, Anthony Rodriguez, Ann Marie Gideon, David De Vries and Bethany Anne Lind, it’s directed by the Alliance’s Susan V. Booth, so it’s reasonable to have grand expectations.

What was — let’s be honest — a fairly mediocre movie with an A-list cast including Helen Mirren has been turned into a play, receiving a staging at this Roswell playhouse, its first U.S. production. In it, nine British women pose nude for an alternative calendar to raise money for leukemia research. That it will be directed by Heidi Cline McKerley already makes us like it. Its ensemble, too, sounds promising, including veterans Courtenay Collins, Joanna Daniel and Robin Bloodworth.

Barbara Cole Uterhardt helms this drama about a church-going couple who discover, via counseling from their pastor, that the husband feels he is a woman trapped in a man’s body and wants a sex change. Larry Davis and Kristin Kalbli star in what seems to be an intriguing and timely piece.

The Playboy of the Western World (Aris Theatre)

Aris, a small company dedicated to Irish fare, delves into the classic tale by Irish playwright J.M. Synge, about a bloke claiming to have killed his father and whose stories charm an entire village. It will be directed by John Ammerman and hopefully will up the new troupe’s growing profile.

Back for the first time at the center since 2012, Michael Haverty’s playful adaptation of J.M. Barrie’s classic does what Center productions do so well — enthrall the kids and entertain the adult patrons as well with imagination and playfulness.

From Deborah Zoe Laufer, whose End Days was popular at Horizon in 2009, comes a drama about a geneticist trying to save both a Native American tribe and her own 4-year-old daughter. This replaces the company’s A+, which will now take place during the 2016-2017 season.

Shakespeare Tavern does a bang-up job tackling the Bard, but oftentimes some of their finest work is when they step outside their comfort zone. Taking place in 1692 during the Salem witch hunt, The Crucible — directed by Jeff Watkins — should prove to be a crackling, disturbing night of theater.

The underused Jasmine Guy directs this drama about a meeting between boxing legend Muhammad Ali (transitioning from Cassius Clay) and Stepin Fetchit, an African-American actor almost reviled in his community for his roles. This sounds very much like a project Kenny Leon, and his talented players and crew, can get behind.

In this new play, co-presented with Out of Hand Theatre, Vivienne Avery copes with having to care for her mother, who has Alzheimer’s and whose condition is worsening. That Vivienne is played by Carolyn Cook moves this automatically into a must-see zone. It’s written by former Atlantan Steve Yockey, whose thriller The Thrush & the Woodpecker also premieres at the Express in October.

Written by the wildly talented Topher Payne, this holiday comedy finds a couple adopting their first child and dealing with the near insanity that ensues when their respective families follow them all the way to the out-of-town maternity ward.

If Roswell and the Georgia Ensemble Theatre can have their half nude British calendar girls, then Marietta can do this. Tony voters went crazy for the stage version of the Mel Brooks movie The Producers in 2001, sadly freezing out the equally adept musical The Full Monty. Funny and cheeky (in more ways than one) this centers around a group of everyday gents who — needing money — decide to take it all off one night at a bar. Chippendale models, they are not.

Playwright Lauren Gunderson, a former Atlantan whose Silent Sky was perfectly staged by Theatrical Outfit this spring, has a new work here, taking place during the Reign of Terror in Paris 1973. Directed by Heidi Howard, the company artistic director who has successfully continued 7 Stages after Del Hamilton retired, it’s about four women experiencing violence, racial tensions and gender issues. It may not sound like it, but it’s a comedy!

Into the Woods (Aurora Theatre)

With the likes of Les Miserables, Mary Poppins, and Memphis under their belts, Aurora is doing musicals as well as anyone in town. We can’t wait to sing along with the Stephen Sondheim tunes including “Children Will Listen” — and to see a cast including Wendy Melkonian, Natasha Drena and Diany Rodriguez. This will be directed by Justin Anderson, which puts us at ease.

Finally! Much of the country got to see this last season but the 2013 Tony winner for Best Musical comes to town next spring. With songs by Cyndi Lauper, book by Harvey Fierstein and based on the 2005 film, it’s about a young man who inherits a shoe store from his father — and eventually collaborates with drag queen Lola to develop a new line of high-heeled boots.

This world premiere, part of Synchronicity’s Bold Voices series, examines the case of Troy Davis, who — in 2011 — is about to be executed for killing a white cop, setting up a clash between those in favor of capital punishment and those who oppose it. It’s written by the talented Lee Nowell and directed by the company’s Rachel May.

The Light in the Piazza (Theatrical Outfit)

Craig Lucas’ elegant musical comes next spring to Theatrical Outfit, directed by Richard Garner of the sorely-missed Georgia Shakespeare. Set in the 1950s, where a mother from the South watches as her daughter falls for a young Italian suitor, it’s the recipient of six Tony Awards. The touring version that came through the Fox Theatre was a little wan — let’s hope this restores the Tuscan feel and ambience in a more intimate setting.

Serenbe Playhouse artistic director Brian Clowdus has proven over the last three years that he knows how to stage a musical and give it his own spin, whether it’s Hair, Oklahoma! or the recent Evita. It’s too early to determine if a real helicopter will drop here as part of the 1991 Tony Award-winning musical about the romance between an American GI and a Vietnamese bargirl, but we wouldn’t put it past Clowdus.

Ironically, my choices for best play and best musical of the 2014-15 season are about to return. Vanya and Sonia and Masha and Spike, staged by Horizon Theatre this spring, comes to Aurora Theatre October 1 while Memphis, presented by Aurora Theatre first and then by Theatrical Outfit, will be staged at the Rialto Center for the Arts beginning September 10.

If you missed either in their first runs, first of all, shame on you. The good news, however, is that there’s time to atone for this.