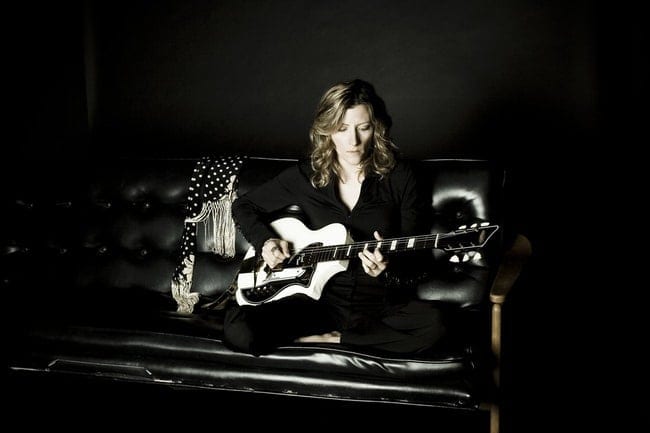 The festival will be open from 10 a.m. to 10 p.m. on Saturday and 11 a.m. to 7:30 p.m. on Sunday. A total of 29 musical acts will perform, spread across those two days on two stages. Music will begin an hour after the festival opens each day.

Of those 29 acts, five are billed as headliners, and are scheduled to close each day on the Boulevard Stage: On Saturday, James Hall and the Steady Wicked at 6 p.m., Grant Green Jr. at 7 p.m. and Ruby Velle and The Soulphonics at 8 p.m.; on Sunday, Michelle Malone at 5:10 p.m. followed by Blair Crimmins and The Hookers at 6:30 p.m.

James Hall has fronted a number of primarily Atlanta-based rock bands over the past three decades. His most recent group, The Steady Wicked, released its debut album, Electric Hex, late last year, with the quintet celebrating the release at the Star Bar in early December.

Grant Green Jr. is the son of legendary jazz guitarist Grant Green, so he grew up exposed to exceptional musicianship, not only by his father but a stream of jazz greats who visited their Detroit home to jam — neighbors like Marvin Gaye, Stevie Wonder and Gladys Knight and even Miles Davis would come over and join in. Now living in Atlanta, Green carries on the family musical tradition with his soulful, jazzy guitar, vocals and original songs. His most recent album is Soul Science on Ropeadope Records.

Ruby Velle and The Soulphonics represent a new wave of old-school soul with a good dash of fiercely indie bravado. The Atlanta-based powerhouse singer Valle and her band hit No. 4 on iTunes’ R&B chart with their 2012 album It’s About Time, and their single “My Dear” sold a quarter-million downloads, placing them among the top 30 of Billboard’s Heatseeker chart.

Atlanta native Michelle Malone is well-known for her capacity for both sweetly passionate vocals and badass guitar, with an ability to transition from reflective to rowdy at a moment’s notice, and as a performer she remains hard to pigeonhole. She released her latest recording, Stronger Than You Think, in 2015 and is currently working on her 15th album.

Blair Crimmins is possessed by a mission to bring the spirit of ragtime music and 1920s Dixieland to contemporary audiences in ways that are both refreshingly modern and deeply rooted in the music’s stylistic inspirations. His Atlanta-based band, Blair Crimmins & the Hookers, released their latest album, You Gotta Sell Something! earlier this year, which ranges from the hot Dixieland of the title track to the gospel-driven sarcasm of “Passed Around.”

The attraction of the lineup doesn’t end with the headliners, as 24 more musical acts will grace both the Boulevard and Cherokee stages over the two-day event. Among them, Jimmy Galloway will bring his finger-picking guitar to the Boulevard stage on Saturday afternoon. On Sunday, red-crested songstress Adron will perform on the Boulevard stage in the late afternoon slot just before Malone.

The Cherokee stage will be the platform on Saturday for bands like the Foe Killer Creek Band; later that day Blue Mother Tupelo will bring their Southern rock/soul sound to the same stage, followed later by the hometown Americana sounds of Front Porch Session Players. The jazz, blues and New Orleans grooves of the Matt Wauchope Trio and pop-rockers Lord High Admirals can be heard on Sunday.