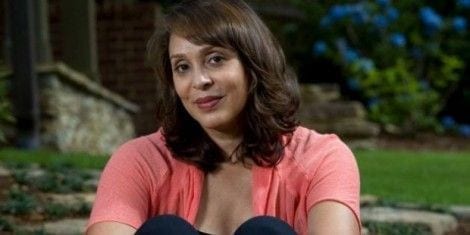 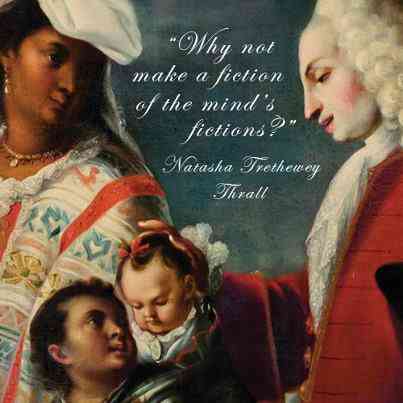 Natasha Trethewey’s body of poems reads like a narrative of race in America, moving between private family stories and reflections on the painful experience of blacks and people of mixed blood like her through history. The story reaches its climax in “Thrall” (Houghton Mifflin Harcourt, 84 pages), Trethewey’s riveting new collection of poems, published just as she takes up her appointment as poet laureate of the United States. It’s the climax of a voice raised in anger at a white father, at a punishing culture of enlightenment that viewed African blood as intrinsically inferior, as “taint.” 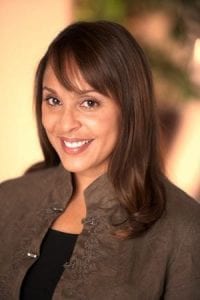 Trethewey was born in 1966 in Gulfport, Mississippi. The marriage of her black mother and white Canadian father, a poet and one-time boxer, broke the state law against miscegenation. Her parents divorced when Trethewey was young, and her mother remarried an abusive man. In 1985, while Trethewey was at college, her mother was killed by her second husband, whom she had divorced. These turbulent biographical facts form the core of Trethewey’s poetry, personal anguish finding echoes in the wider suffering of black Americans and, in her latest poems, in the dehumanization of colored people across the Americas.

Images frequently inspire Trethewey’s poetry. They are where she finds history: family pictures, vintage photographs. (Her second book, “Bellocq’s Ophelia,” makes use of E.J. Bellocq’s famous photos of a mulatto New Orleans prostitute of the early 1900s.) In “Thrall,” she unearths a genre of Mexican colonial painting known as Casta painting, which depicts a complicated taxonomy of mixed-race children produced by a variety of interracial unions. (Trethewey has spoken in the past about her love of research as a spark for her imagination.) The silent conflict in these paintings is one of interpretation — who views whom and how? In the title poem, Juan de Pareja, slave assistant to, and a subject of, the painter Diego Velazquez, describes his struggle to learn to see himself, and present himself, independently of his master’s vision of him.

In “Torna Atras,” Trethewey describes an 18th-century painting in which a Spanish artist is shown painting a highly unflattering portrait of his mulatto wife. The white artist, whom Trethewey calls “the father,” fails to capture his dark-blooded wife’s beauty, Trethewey conjectures, because of his need to see himself as superior, “as architect of Truth, benevolent patriarch, father of uplift.” Without the insertion of the personal into historical material, Trethewey’s poems can sometimes fall flat. But here her scathing assessment of her own father’s racial arrogance lands a powerful punch: “And you might see why, to understand / my father, I look again and again at this painting: how it is / that a man could love — and so diminish what he loves.”

It’s a tremendous change in attitude toward her father from a decade earlier, when he makes an appearance in her first collection of poems about black women’s lives, “Domestic Work” (2000), as a fleeting but revered figure. His daughter admires the “gentle hands” of an aging boxer and in “Mythmaker” promises him that her poems will perpetually reinvent him, “making you forever young and invincible.” If it weren’t for her father, Trethewey once said, she wouldn’t have believed she could become a poet.

The father remains a sympathetic if minor character in Trethewey’s Pulitzer Prize-winning “Native Guard” (2006), a book that streams together an intimate elegy to her slain mother with a memorial for the Louisiana Native Guard, a forgotten black regiment that served in the Civil War. In these poems Trethewey’s young father is portrayed as a victim of racism, much like his black wife and his child. On the Mississippi Gulf Coast, the family darkens its windows as the Ku Klux Klan burns a cross in its front yard; the father despairs as his daughter returns home from school having been taunted with racial epithets. In “Southern Gothic,” Trethewey recalls the small family at home, joined by their vulnerability in a hostile South:

We’re huddled on the tiny island of bed, quiet in

the language of blood: the house, unsteady

on its cinderblock haunches, sinking deeper

into the muck of ancestry. Oil lamps flicker

around us – our shadows, dark glyphs on the wall,

bigger and stranger than we are.

Now, with “Thrall,” the poet turns from her lost mother to her living father and speaks out in anger at his racial condescension, his insensitivities, his callous words that wound. In the poem “Knowledge,” she reports on his hurtful words about her — “I study my crossbreed child” — and calls it “the language of zoology.” (Opening the Decatur Book Festival last weekend, Trethewey explained that her father wrote that line about her in a poem.) In “Enlightenment,” she lightly mocks his defense of Thomas Jefferson during one of their visits to the president’s house, Monticello:

The first time I saw the painting, I listened

as my father explained the contradictions:

how Jefferson hated slavery, though — out

of necessity, my father said — had to own

slaves; that his moral philosophy meant

he could not have fathered those children:

would have been impossible, my father said.

Mockery of her father’s bumbling argument turns to a troubling realization later in the poem that the “subtext of our story” — Trethewey’s and her white father’s — is that he believes, like Jefferson, in “the improvement of the blacks in body / and mind, in the first instance of their mixture / with the whites.…” She charges him with believing that, by the contribution of his whiteness, “he’d made me better.”

The poem maps the full circuit of the adult father’s and daughter’s relationship. When the tour guide asks them to imagine slipping back into Monticello’s past, Trethewey reports that she can’t help quipping to her father that she’ll now slip around to the back of the house.

I’ve made a joke of it, this history

even as it renders us other to each other.

There is more poignancy in these words than bitterness, and it is poignancy, above all other qualities, that marks Trethewey’s poetry. She is not often lyrical, not often a poet who will send your heart soaring on a startling image or dazzling metaphor, but she can stop you in your tracks with a quiet statement of the ways things really are — or feel. With an eye for the earthly details that matter.